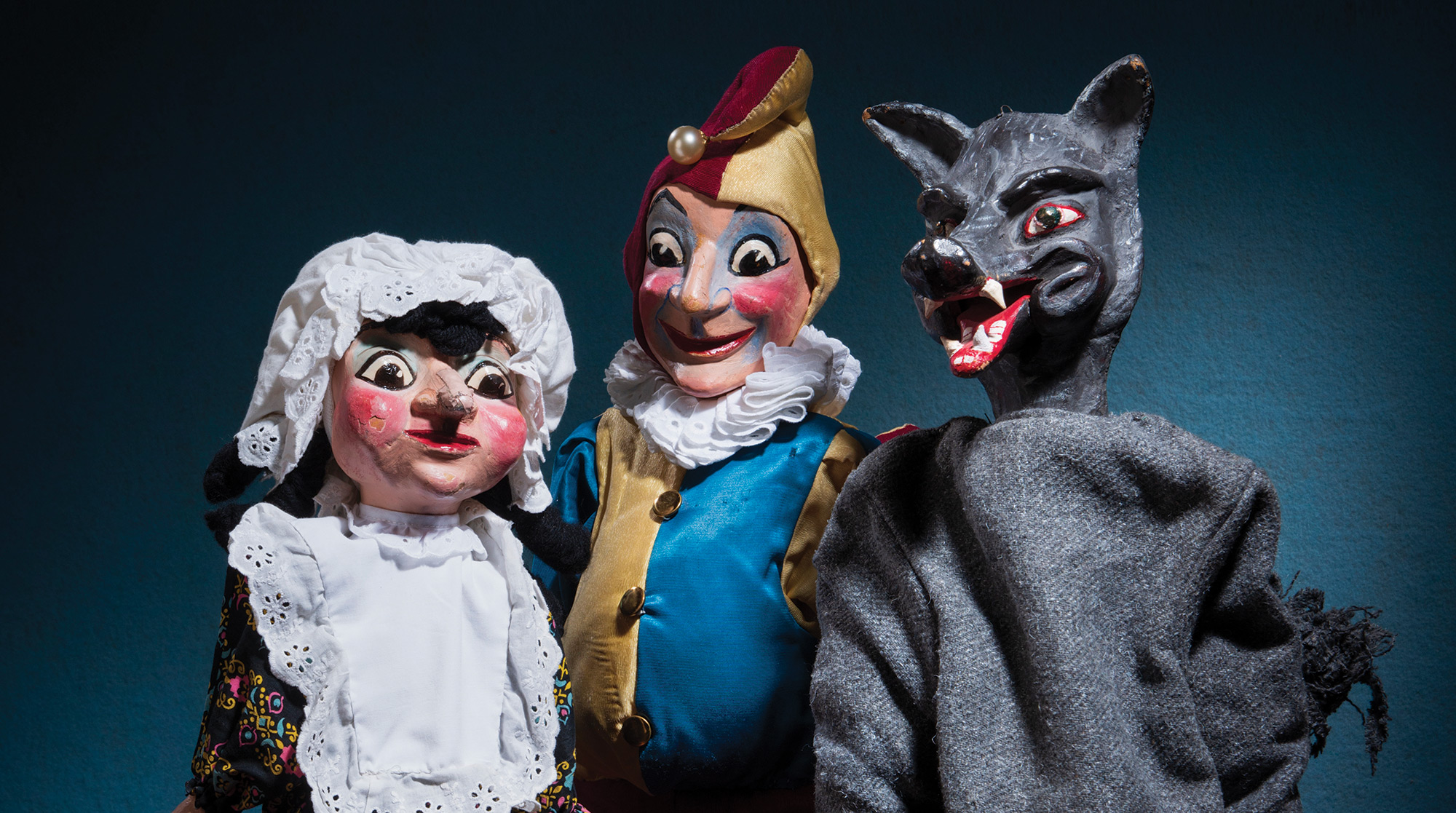 Adoration for longtime UW puppeteer comes with no strings attached

Aurora Valentinetti is undoubtedly the UW's most beloved puppeteer, but her influence on people's lives has extended far beyond the stage or the classroom.

Aurora Valentinetti got tangled up in puppetry in 1942 while she was studying drama at the University of Washington. The West Seattle native had a talent for acting and opera and had plans to become a schoolteacher. But that all changed one day when a classmate left school to serve in World War II and Valentinetti stepped in.

The student’s departure left the U of W Puppeteers in a quandary. They needed an actor for their Showboat Theater production of the fairy tale “The King of the Golden River.” At the last minute, another student recruited Valentinetti to play the role of a villainous brother in the John Ruskin story.

Suddenly drafted and “ … too stunned to protest, I took the rather ugly marionette that was handed me, climbed the bridge and began to move the control,” Valentinetti wrote in one account a few years ago. She quickly discovered that she delighted in playing the character. “I gave him a terrifying death scene with a final spine-chilling cry.” She was both thrilled and a little horrified by the audience response. “The theater erupted into a chorus of crying children.”

But from that point on, puppets were her life. 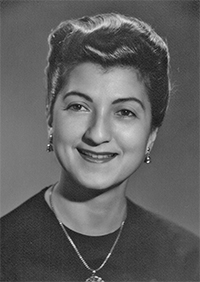 Aurora Valentinetti might not be able to recall all the fine points of her 50-year career in puppetry, but the 97-year-old retired UW professor can still conjure up a few details from her classes. She can also talk about the traveling troupe she organized to reach thousands of schoolchildren around the state. And her fans may remember the popular holiday performances she produced for Frederick & Nelson’s window and—not to be overlooked—her local public television show.

But first came teaching. “I was a very good teacher,” she says in a recent interview at her senior living residence in Wenatchee. “I was tough, and I didn’t mince words.”

Valentinetti’s students are happy to set the stage with their own memories. In fact, a handful are so grateful for the effect Valentinetti had on their lives that they nominated her for a UW teaching legacy award honoring instructors whose influence has extended beyond the classroom.

“I’ve had a lot of teachers that have affected my life, but when I think about going to college, she’s the one I remember,” says Maria Diaz, ’84. “I don’t know anyone who doesn’t adore her.” At first Diaz thought she’d take one Valentinetti class and move on. But the future teacher, corporate trainer and—ultimately—stage manager got hooked and ended up taking four of her classes and an independent study.

“In many senses we students were her family,” says Stanley Hess, ’64, the longtime curator of the Aurora Valentinetti Puppet Museum in Bremerton. A fine arts alumnus, Hess took puppet-making classes from Valentinetti in the 1960s. Over the decades, Hess says, she kept in contact with him—as she did with many of her students through much of their lives.

“She took us to a different level of experience through her love of puppetry, and how it dramatically related to learning about the world of storytelling and acting.”

“Being with Aurora was like nothing I experienced in college,” wrote Steve Haines, ’71, who first signed up for a puppeteering class because it looked like an interesting elective. “She took us to a different level of experience through her love of puppetry, and how it dramatically related to learning about the world of storytelling and acting.”

Another student, Sally Skelding, ’65, was so inspired by what she learned in Valentinetti’s class that she created her own puppet company. She also put together an eight-week TV program on puppetry for her local public television station in Oregon.

In 1943, a week after graduating from the UW, Valentinetti was teaching her first puppetry class. The more she studied its history, the more fascinated she grew with an art form that has been used for teaching and storytelling around the world for thousands of years.

By 1949, Valentinetti had produced all aspects of a hand puppet version of “Pinocchio,” including writing the script and making most of the puppets herself. In 1959, she founded the Valentinetti Puppeteers (which replaced the U of W Puppeteers) and then capped her graduate studies with a thesis on the form of puppet plays.

Many students took her classes to get an easy A. But they quickly learned that wouldn’t be the case. They had to build their own puppets—using rods, sticks, strings and even paper plates. They built sets and undertook the rigorous work of performing plays. Other students signed up for puppetry because they sought careers in the theater, or wanted to work as teachers and therapists for children.

Whatever their goals, Valetinetti found ways to help and inspire, even when it meant pointing out difficult truths. When UW football player Harvy Blanks took her class, she told him he’d never survive on the gridiron and was better suited for the stage.

She was right. He ended up on Broadway. He later wrote her a letter from backstage at a production of August Wilson’s “Jitney,” saying, “I want to thank you so much for your patience and persistence. You saw something in me and never faltered in conveying to me that if I ever got serious, I could succeed in this business.”

Wherever former student Anna Enslow lived, she built stages, made puppets and wrote scripts. She became a nurse after college and found ways to bring puppetry into her work. She even spent one year as the nurse puppeteer for the Seattle chapter of the American Diabetes Association—using a script, stage and puppets crafted by Valentinetti and her UW students. “The response of audiences has always been the same: joy and delight,” says Enslow.

Children around the region packed the Valentinetti troupe’s puppet shows, and they and their parents enjoyed her “Puppet Playhouse Workshop” on KCTS 9. The 1960s public television program had puppets as actors and taught the viewers how to make their own puppets. While Valentinetti was famous locally, she also had the respect of the international puppeteering community, says Hess. Valentinetti is quick to joke that her notoriety helped prolong her UW career in the drama school. As she puts it, “I was the only one that got the publicity.”

Joanne Bratton has a different view of her aunt’s success. “There is something that each one of these people took away from that class, maybe not in the curriculum of the course, but in the way she looked at them as human beings,” she says. “She not only gave them the education, she made them stronger individuals.”

Aurora Valentinetti is the 2018 recipient of the Distinguished Teaching Legacy Award, which recognizes UW teachers who inspired and influenced their students both in and out of the classroom.