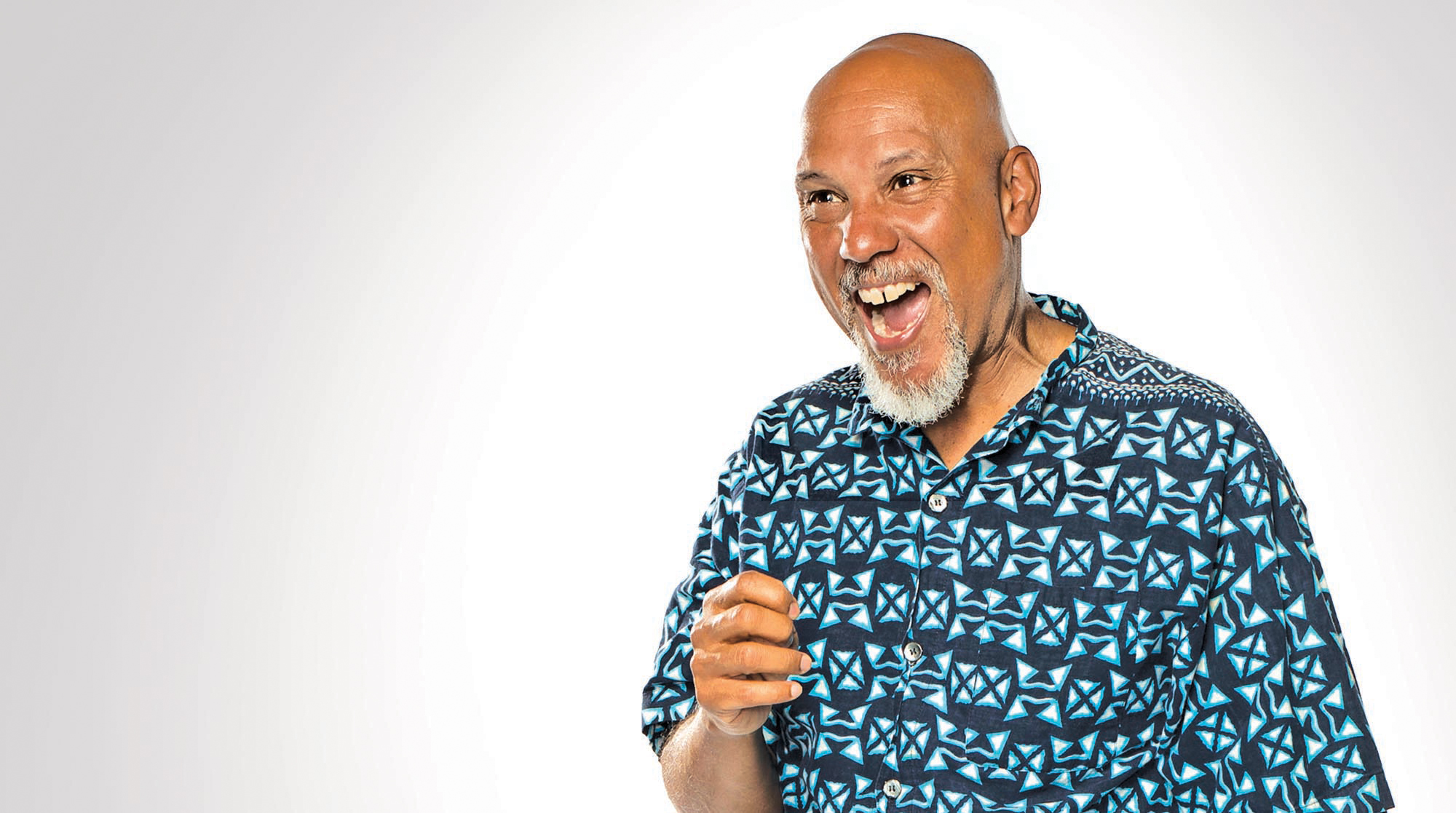 “As a boy, the first predominantly black cast I saw was in the musical version of ‘Raisin in the Sun.’ Suddenly I could imagine myself up there,” says Tim Bond, ’83, a new professor in the School of Drama.

BY TIM BOND, AS TOLD TO DEANNA DUFF | PHOTO BY RON WURZER | September 2017

Lend me your ears. In 4th grade, I performed Marc Antony’s speech from Shakespeare’s “Julius Caesar.” Everyone got so quiet and I felt them lean in. It was incredible to realize what you’re saying can impact people.

I instantly fell in love with UW when I arrived.

I accepted graduate admission before I even visited campus. I was finishing my undergraduate degree at Howard University and looked at a topographical map in the library. I saw all the green and blue surrounding Seattle and thought, I want to go there! I got my MFA in 1983.

I was a high school jock playing football, basketball and baseball.

After winning a speech contest, the drama teacher told me to sign up for his second-period class. I was in “To Sir, with Love.” “Bye Bye Birdie.” “Godspell.” Drama just sucked me in.

I grew up with a vibrant cultural life.

Artists like Maya Angelou visited our home. I clearly remember, though, the first time I wanted to be on stage myself. As a boy, the first predominantly black cast I saw was in the musical version of Lorraine Hansberry’s “A Raisin in the Sun.” Suddenly I could imagine myself up there.

Martin Luther King Jr. and the effect he was having on the world. Something congealed in my mind about the power of speaking on stage. There is electricity. It changes the molecules in the air.

I feel shy inside.

I’ve trained myself to be expressive. It still isn’t always easy for me to be in front of people. There is a funny tension between the two things.

At 19 years old, I directed my first play.

I loved seeing the whole picture—actors, lighting, costumes, props. It became clear that I really wanted to direct. As a mentor, the artistic director who offered me the job totally changed my life.

Audiences in the 21st century will be increasingly diverse.

I want to nurture students to embrace global philosophies and their own backgrounds—the African diaspora, Latin and South America, Native American, Asian and more—so they aren’t boxed into being someone they’re not.

As a director, I want to be the magician behind the curtain.

The best compliment I can receive is when people say I’m the alchemist who brought everyone together.

There’s a homegrown quality to the Seattle theater community.

I spent 20 hours a week as a graduate assistant at the Seattle Group Theatre in the U District. It was one of the nation’s first multicultural theaters—and my artistic birthplace.

Theater can hit you profoundly.

I remember sitting in the audience after a production at the National Theatre in London. I was there by myself, weeping and unable to get out of my chair. Eventually the ushers nicely told me I really did have to leave!

are incredibly important to what makes us human. A play can teach you how to be in society. It can show mistakes or the idyllic path. Love. Kindness. Politics. Challenge our views. It’s not just rhetoric. It’s a human process unfolding onstage.

He would tell me stories for hours—entire plots—as if it was just something he had heard. Later, I would read or see his latest play and realize it was almost verbatim what he’d told me. He was a walking jukebox of characters and ideas.

I love “Waiting for Godot”! I’m a fan of absurdism even though I’m incredibly optimistic. Even if there is nothing at the end, there is incredible hope simply in surviving and living.