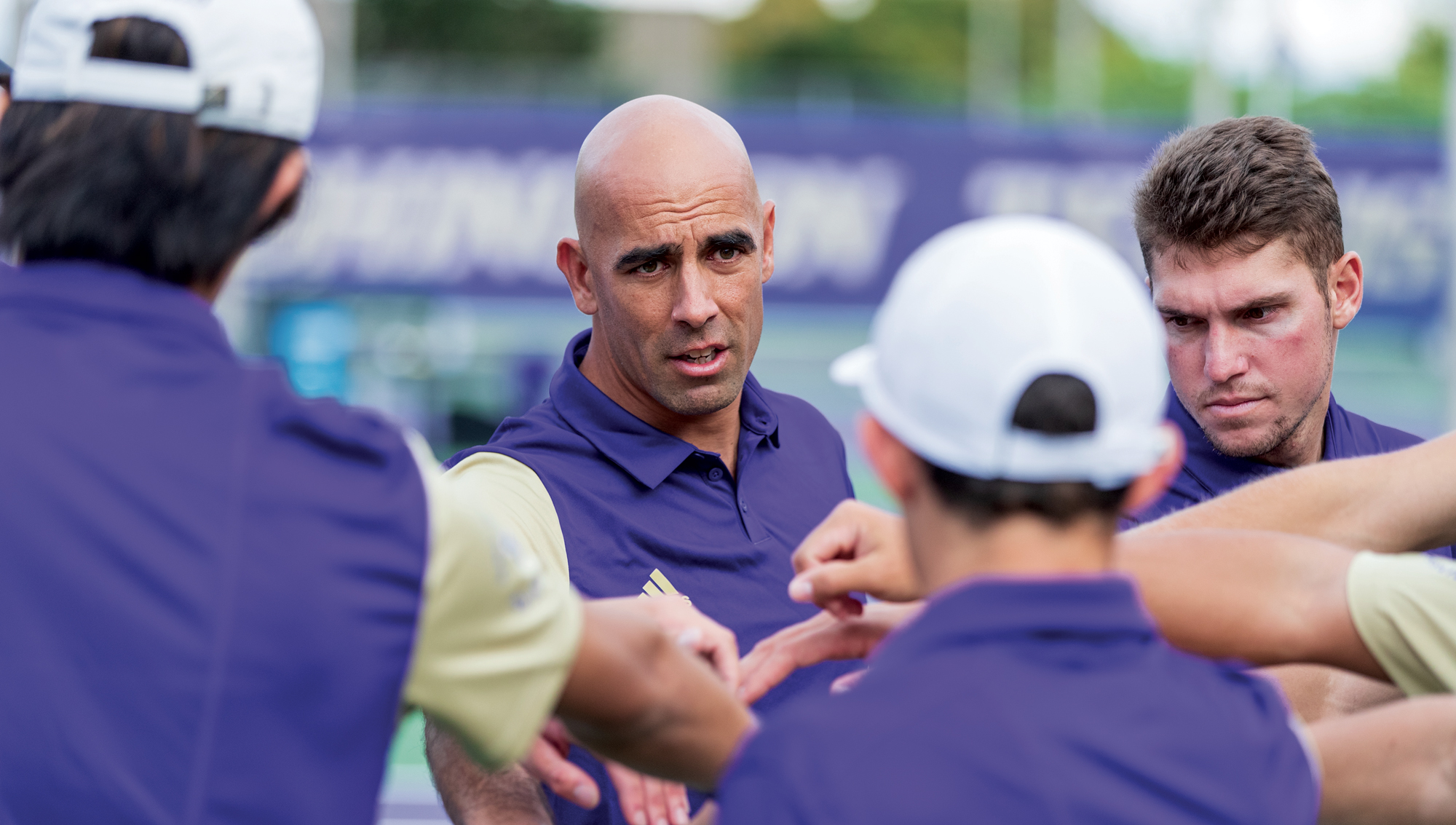 Canadian-born Rahim Esmail loved ice hockey as a kid but never played it. Tennis was his sport. He played at the University of Kentucky, turned pro, went into coaching and returned to the PNW last year as Matt Anger’s assistant coach. With Anger’s retirement, he takes over as the Huskies’ new men’s tennis coach.

You went from British Columbia to Kentucky. Why?

The UW wanted me, and I played a lot of tennis in the Northwest when I was in high school. But going far away from home appealed to me. I loved my college experience, partly because Kentucky was a real culture shock.

What was it like playing on the ATP Tour?

I really enjoyed it for the couple of years I played. I love competition and pushing myself to my limit. Traveling to different countries was great, and I learned a lot about myself. But I had to stop playing professionally because of two wrist surgeries.

You lost three top players from last year, when the Huskies made the NCAA championships for the first time since 2017.

We have a lot of rebuilding right now. I am really focusing on the guys we have. We are recruiting rigorously, and we think the 2023-2024 class looks very bright. I am mostly focused on building a culture of success on the court and in the classrooms.

How does the future look?

I want to build a program, not just a tennis team—something that’s built to last and has the best players and best young men. It’s not easy but there is no limit to where we can go. We aim to close the gap with the premier teams in the Pac-12 and I’m super confident in our product. We can put out a product as good as any in the country.

Your roster is half Americans, half international players.

I have always had a mix of players on the teams I have coached [he previously coached at Samford University in Alabama, where he experienced great success]. It’s great for American kids to be exposed to players from other cultures, and wonderful for our players from Belarus, France, Taiwan and Japan to see how our American players are.

Talk about the support from the Husky tennis community.

Growing up in the Pacific Northwest, I played a lot here in high school and as an adult. Seattle is a great tennis city. The supporting base of alumni is very strong, and that is important. I quickly learned when I came here that the support and love for tennis in the Husky community is vast.