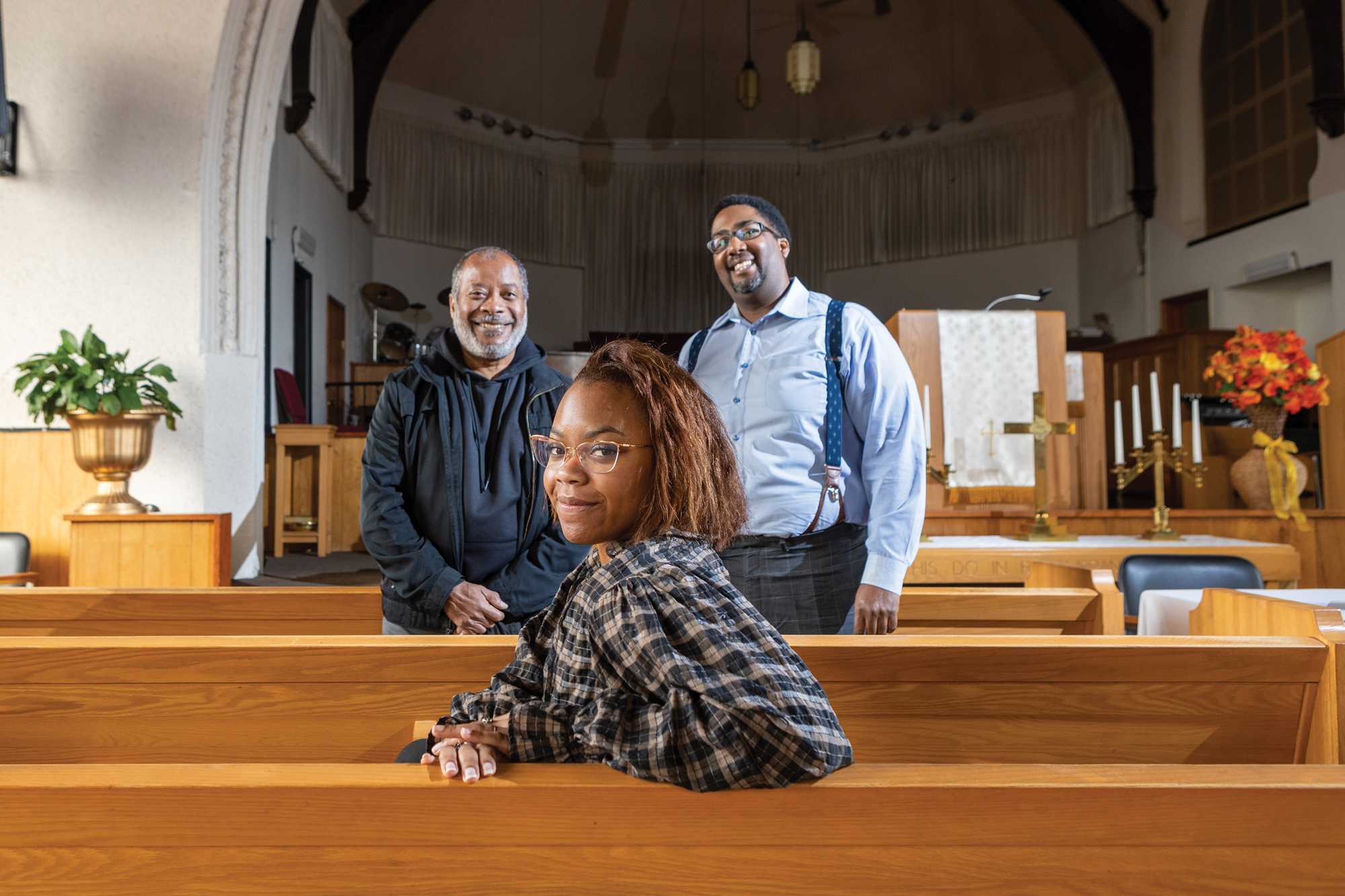 Rev. George Davenport Jr. had a vision of using real estate to sustain his church community in its historically Black Central District neighborhood. But while the streets around the church gentrified, he struggled through the complex landscape of zoning laws, building codes and speculative funding options. Then he stumbled upon the Nehemiah Initiative and the work of the UW’s Nehemiah Interdisciplinary Studio. A partnership between Black church leaders and community advocates seeking to preserve their communities and the UW’s College of Built Environments, the collaboration engages students in charting an economically sustainable future for the churches in one of America’s most expensive ZIP codes.

“I was in the desert looking for a cup of water,” Davenport says, and “the Nehemiah Initiative and the University of Washington really gave me some water to drink.”

After spending time with church and community leaders, the UW-based group of faculty and students developed a detailed assessment. It provided the Peoples Institutional Baptist Church a path to develop affordable housing for church elders while also generating income from market-rate housing.

It’s a plan the church might not have come to on its own, and thanks to recent changes in state and city laws, it’s a realistic blueprint for the 80-year-old congregation. “I was blown away by the architectural design and the possibilities with the renovation,” Davenport says. “I was blown away by what we could do as far as affordable housing and the creation of curb appeal, and also how it could ultimately benefit my membership.” 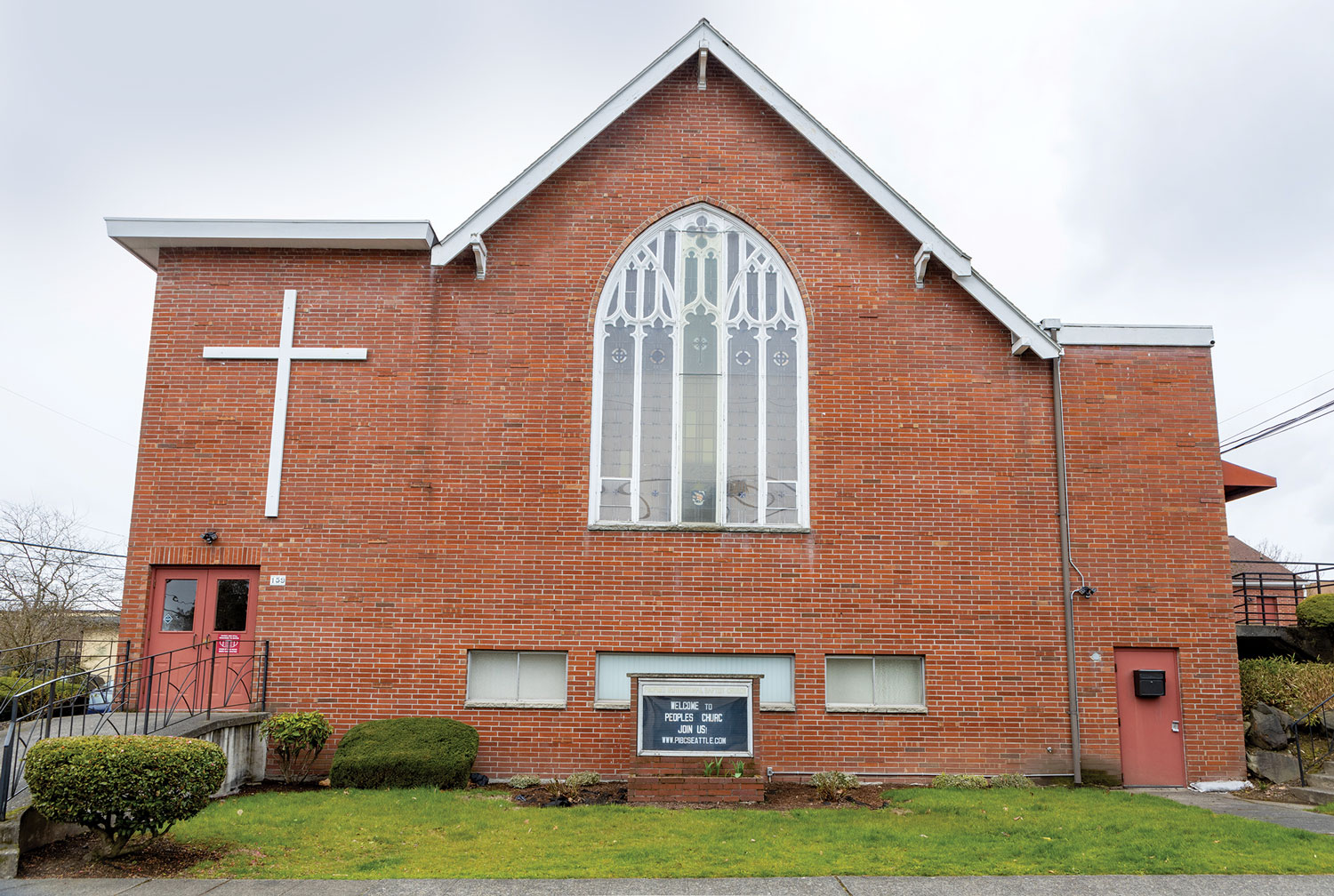 There are many decisions to be made, but leaders at Peoples can now see a future that includes the option to remain in the Central District, a section of Seattle that used to be home to the largest African American community north of California, according to Donald King, a UW affiliate professor of architecture and president and CEO of the Nehemiah Initiative.

African Americans once made up more than 73% of the population in the Central District, one of the few places in Seattle available for them to live due to redlining, restrictive covenants and other racist practices. Gentrification and increasing economic disparity have flipped the dynamic in the neighborhood in the 21st century with once affordable houses and properties going for six and seven figures. Today, African Americans make up less than 14% of the neighborhood, and more than a dozen Black churches have moved or closed over the past decade.

King and other community leaders established the Nehemiah Initiative in 2018 to stem the tide. The following year, King worked with fellow professors Rachel Berney, Branden Born, CBE Dean Renée Cheng and Al Levine to develop course offerings. The solution, they found for some, was right under their feet. Many churches have dedicated parking lots, making them cash poor but property rich, as King puts it. “And these parking lots are rarities,” King says. “In their neighborhood, where there’s higher-density development, they can be picked out very clearly in an aerial photo. What’s wrong with this picture?”

That one question has led to many more, he says. Like what does the future look like for churches, especially Black urban churches? Is a smaller sanctuary viable now that the community is shrinking? And is it OK to go without a parking lot in a community that relies increasingly on public transportation and ride sharing?

“So it’s got them questioning a number of things and it’s got that conversation going on,” King says. “And it goes on primarily among the younger church leaders, the younger pastors, who can embrace the change, the change in business model and in how their worship services are delivered, because COVID now has really pressed that question for them.”

The studio projects began with simple conversations and surveys of church and community members, says DeJai Mitchell, a ’21 graduate who now works as a planner for the city of Kirkland. What they heard back was powerful. “They want a sense of community again,” Mitchell says. “They felt like just walking down that street (in the Central District) they felt out of place. They mentioned tales of living there and you would talk to your neighbor, the neighbor after that, the whole block, and there would be music playing. It was just a welcoming place. And now, they just didn’t feel like they belong to a place that they helped to make what it is. They just want to have that sense of place again.”

The collaboration is giving them the opportunity to reclaim that feeling, and on their own terms. Each project has turned out a little different, based on each church community’s needs. Ebenezer Zion AME, for instance, wanted to explore joining forces with the Meredith Mathews YMCA in a project that would include shared space. Damascus International Fellowship is looking at a dramatic transformation that includes a seven-story building to house the church, retail and community spaces, along with housing.

The permutations are plentiful. Berney says most congregations are open to smaller sanctuary space. Two churches are even in talks to merge congregations, using one space for worship and the other for housing. 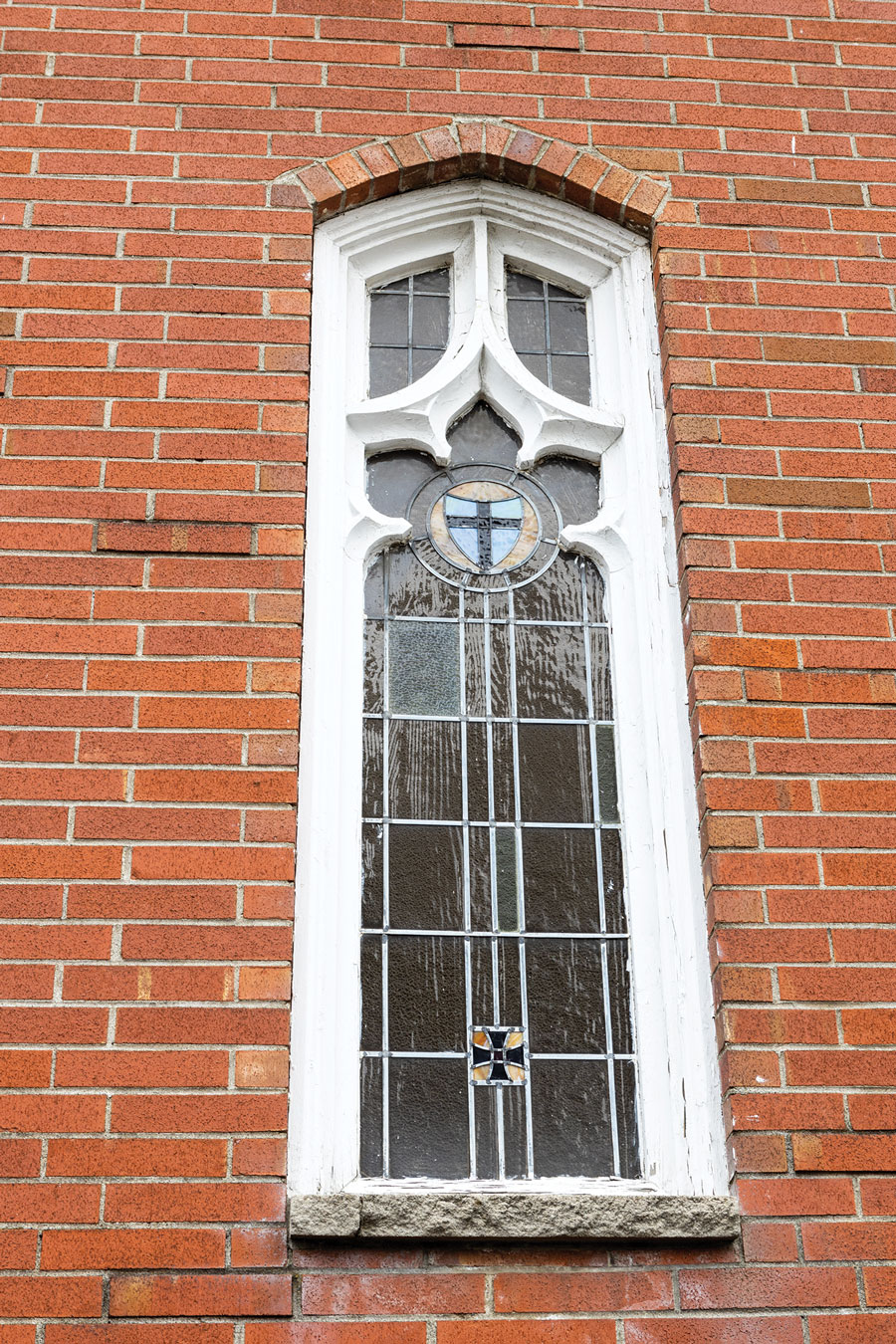 The idea of a “beloved community” was popularized by Martin Luther King Jr. who envisioned a future where all people could share in the wealth of the earth.

Peoples has a more conservative plan, retaining its lovely original sanctuary, but developing its parking lot and unused space. “But that comes with a ton of externalities that you just have to consider,” says Sean Underwood, ‘21, who continued to work with the Peoples congregation after the studio class ended. “And sometimes when you’re just staring at a pro forma sheet or something like that, those don’t come across when you’re just seeing how much money it costs. What it really does is change the landscape of wherever you’re building forever. So that’s a massive point in real estate that I think sometimes gets overlooked because people’s hair is on fire because they’re trying to build so much so quickly.”

The Nehemiah Interdisciplinary Studio developed by Berney, King and Levine and the Nehemiah Urban Design & Planning Studio developed by Born push students to examine urban land-use from a far different perspective than their usual coursework. “That’s really one of the reasons why I got into planning: I just feel like a lot of times planners just plan and they never plan for the spaces that they are in or the people who are involved in those spaces,” Mitchell says. “And a lot of times you have a lot of brown communities that just kind of get the short end of the stick. So I think it was really impactful. I honestly think it should be a requirement. I think it’s super helpful, to not only future planners but planning as a whole.”

The Nehemiah Interdisciplinary Studio has drawn national attention, receiving the Lincoln Institute of Land Policy’s 2021 Curriculum Innovation Award. The faculty are continuing to develop projects for the initiative in Seattle, including a new mapping project. There is also more outreach to do with church leaders so they feel comfortable explaining development approaches to their congregations, King says. “This is a big deal with the churches, that level of trust, especially around their property and assets,” he says. “Property is something they hold very close and dear, so it is work to get them to trust anyone involved in that process of saying maybe there’s something you can do with it.”

One of the keys to that process is “figuring out some of the things that the initiative might do next to continue building its legacy and capacity in the city,” Berney says. “For example, we’ve realized we need more Black developers. And to do that there needs to be a bit of a pipeline. And so some of the folks who helped mentor the studio, who are volunteers, often from the development world, could also start to mentor and help start to create that pipeline.”

Lead photo: The Nehemiah Initiative-College of Built Environments collaboration pairs students and faculty with historically Black communities to help institutions like churches and the people they serve survive rapid socioeconomic change. Left, DeJai Mitchell, ’21, and her classmates worked with architect Donald King, left, and the Rev. George Davenport to craft a plan for Peoples Institutional Baptist Church. She later earned a degree in urban design and planning.