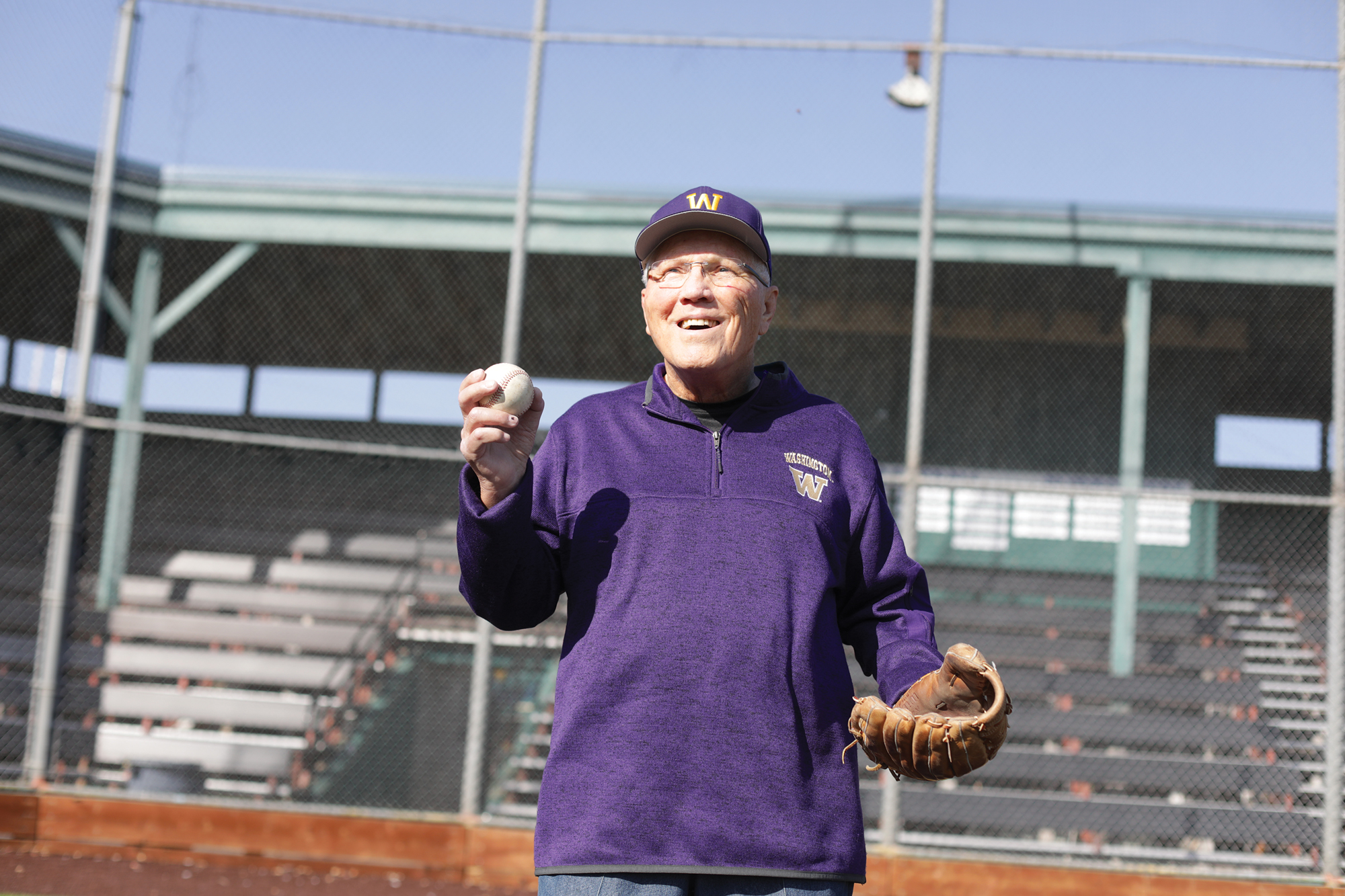 It’s March and baseball’s in the air. So it’s the perfect time to recall the little-known story of Carlton Olson, a player on the 1959 Husky baseball team, one of the best in school history.

When the third baseman from Wenatchee suited up for the UW freshman team, he carried a secret: Type 1 diabetes. He’s one of the rare student-athletes to play four years of a major college sport with the condition.

In the 1950s, children diagnosed with diabetes were only expected to live for 25 more years. When Olson was diagnosed at age 12 after developing a chronic thirst and mysterious weight loss, his doctor told him that he was done with sports. Olson’s dad took him for a second opinion, and the second doctor buoyed the crestfallen kid’s spirits, telling him that not only could he play sports, but he should never let diabetes control his life. “That has been my slogan through life,” says Olson, 83. 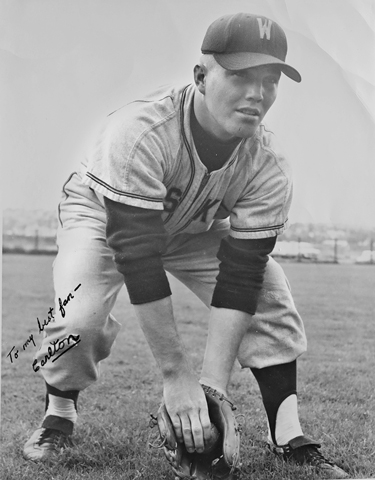 That boost enabled Olson—a retired businessman who still makes his home in Wenatchee—to play four years of college ball and be inducted into the Husky Hall of Fame with the 1959 team, which played in the District VIII Regionals at Seattle’s Sick’s Stadium against Fresno State. But juvenile diabetes wasn’t the only hardship Olson faced in his young life. His mother, a homemaker and talented piano player, died when he was 6 (his older brother was 8 and his younger brother was 3). His father worked nights at Pacific Telephone and Telegraph Co. so he could be home by 8 a.m. to get the boys off to school. (His father had help from housekeepers.)

As Wenatchee High School’s shortstop, Olson played in two all-star games in Sick’s Stadium in 1957. After game one, he thought he was done for the day. But coach Edo Vanni told him the shortstop scheduled to play the second game was ill, so Olson grabbed a sandwich from his sports bag and played 14 innings that night.

At the UW, Olson joined his older brother Ralph’s fraternity, Delta Tau Delta. “A godly cook took a liking to me and was a tremendous help in controlling my diabetes for four years,” he recalls. “She always had cookies and sweets in special places in the kitchen for emergencies. I could count on a sandwich and snacks for local games and the start of road trips. Control of my diabetes was a constant issue, but never once was I hospitalized. I instructed my fraternity brothers on the fundamentals of diabetes so they were spot on when I was in need of help.”

Few knew about Olson’s diabetes. “One thing I regret,” he says, “was not telling more people that I had diabetes. Only a few close friends were aware.” He didn’t tell coach Chesty Walker when he played Husky Frosh Football. Baseball Coach Dale Parker found out when he saw Olson eating a sandwich on the bench during a game when the Huskies were up to bat.

Olson, ’61, has successfully dealt with diabetes for 71 years. “There have been a few operations,” he says, “a few new parts and the usual getting-older signs, but I am still going strong.”