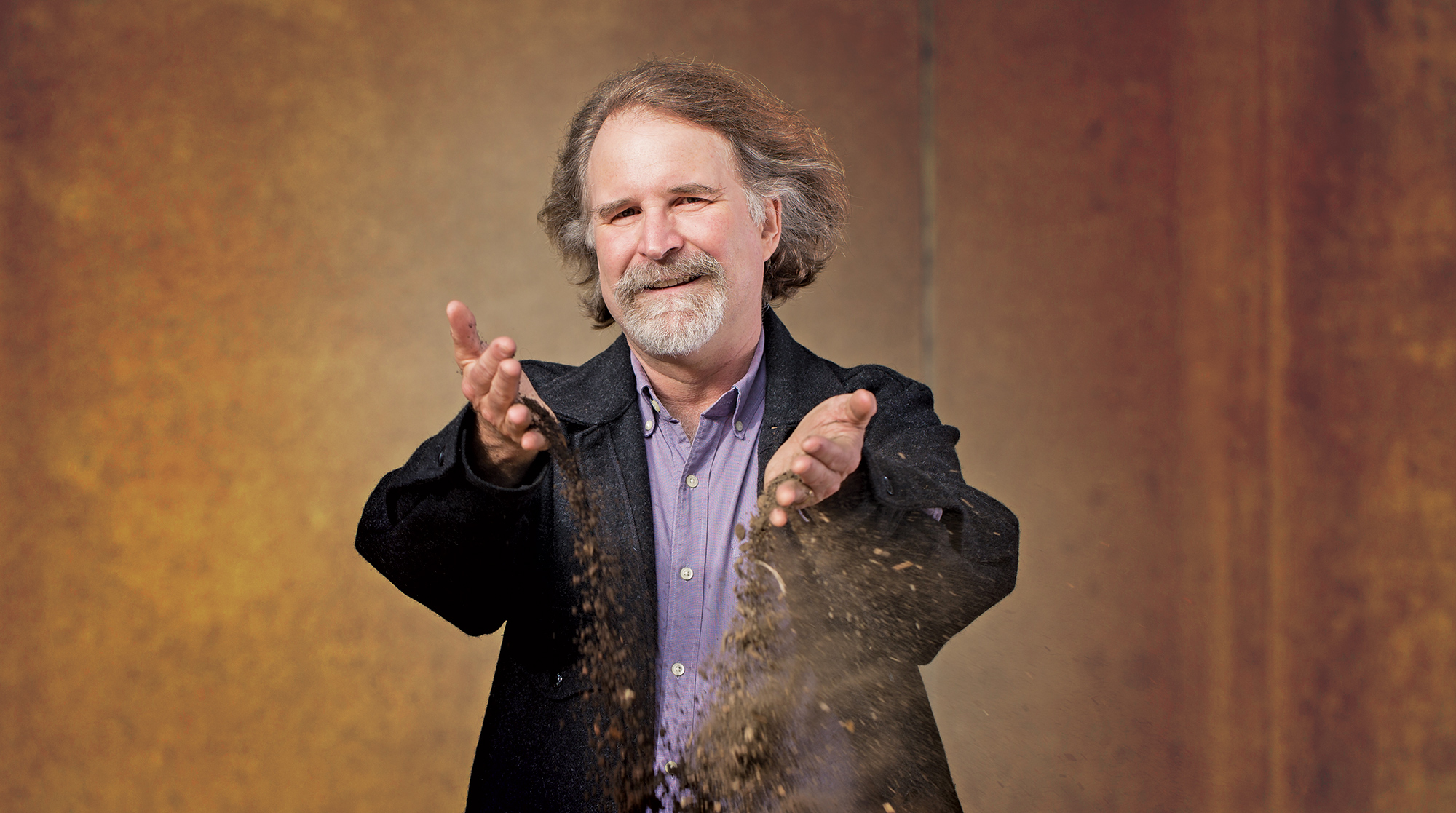 David Montgomery’s exploration of the interplay between water and land has taken him to the Himalayas, Tibet and (in a theoretical sense, at least) the surface of Mars. His new book The Hidden Half of Nature, co-written with his wife Anne Biklé, sprouted from more prosaic territory: his backyard.

Amazed by how quickly Biklé—a biologist, environmental planner and avid gardener—transformed the soil on their North Seattle property, the couple embarked on a mission to understand the science behind the soil improvement. Mass quantities of coffee grounds, wood chips, leaves and compost tea were the visible catalysts, but it soon became apparent that tiny actors like mycorrhizal fungi and a host of beneficial bacteria were doing the real work subterraneously.

While they immersed themselves in the history and recent proliferation of microbial discoveries, the project took an abrupt detour when Biklé was diagnosed with cervical cancer. Successful surgery put an end to the scare, but in coming to better understand the unseen mechanisms behind a cancer-fighting diet high in fiber and leafy greens, they found parallels in their research.

“We began to see intriguing similarities between how microbes can help restore soil fertility and counter the plague of modern chronic diseases,” they wrote in the book’s introduction. Montgomery—whose enthusiasm is often punctuated by laughter—explains that society has spent the last century and a half waging war on germs. And while that war has introduced life-saving advances such as antibiotics, the crusade has until recently overlooked the fact that “the vast majority of bacteria in the soil and in our bodies benefit us.”

The revelation has benefited Montgomery on a personal level. He was able to adopt the high-fiber diet his doctor had been pushing “once I understood that there are organisms that ferment that stuff. They create compounds that actually nourish your colon lining and support your immune system.” Within a year, he lost 25 pounds, lowered his cholesterol and saw chronic digestive problems disappear.

Montgomery’s recent work has converted him from pessimist to optimist. Case in point: In his 2007 book Dirt: The Erosion of Civilizations, he focused on human degradation of soil and the consequences for future generations. He has been pleasantly surprised by how fast it appears that you can rebuild soil.

Montgomery, recipient of a 2008 MacArthur Foundation “genius grant,” spent much of the summer, aside from preparing the release of a new album by his band, Big Dirt, interviewing people who implement agricultural practices on industrial farms to improve soil quality. The findings will provide the bulk of his next book—but again, the real heroes of the story will be microscopic.