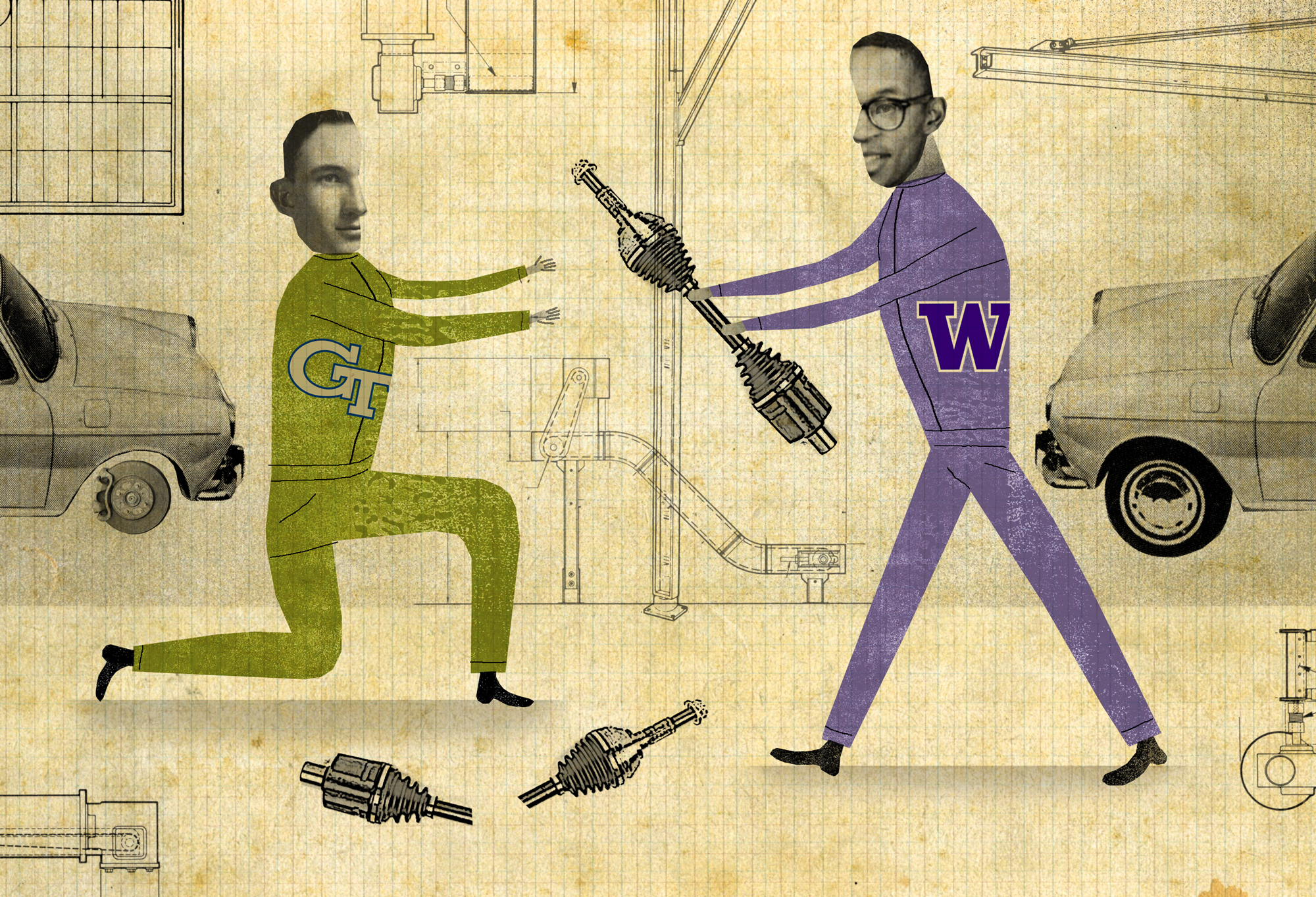 Most of us who walk past the Engineering Annex on the east side of campus don’t know that it was built as a foundry for the Alaska-Yukon-Pacific Exhibition. It later housed the horses that pulled wagons of coal to the University’s power plant. And then it became the site of the University’s paint and electrical shops. Today, that old brick building is home to one of the UW’s best examples of the student experience—one that combines innovation and collaboration.

That would be the EcoCAR Advanced Vehicle Works team, a group of UW students who built a car that made it to the finals of the EcoCAR Mobility Challenge last spring. Sponsored by the Department of Energy, the four-year challenge asked students from around the country to use advanced propulsion systems and automated vehicle technology to modify a 2019 Chevrolet Blazer. They were tasked with improving the car’s energy efficiency, safety and consumer appeal.

For the students, it was one of the most engaging experiences they could have, as they applied their ingenuity and work ethic to push the boundaries of innovation. But one of the best parts of their story is that even in a national competition, they showed compassion. When the team from Georgia Tech faced a crisis just days before it was due to ship its car to Arizona for the final round of the competition, the UW team helped out. The Georgia Tech team’s electric motor was cranking out too much torque and broke its half shaft, a drive axle that sits between the motor and the wheel.

The Huskies had a spare half shaft, not to mention a close relationship with the team from Georgia. The UW team shipped its extra half shaft to Georgia Tech, which went on to place first in the overall competition. For its efforts, the UW team earned the EcoCAR Collaboration Award.

There will be many opportunities for our students to enter national competitions like this and showcase their considerable talents in science and innovation. But to demonstrate empathy and compassion in the face of competition? That’s a winning combination.