Schloss, now 90, shared her story of triumph with UW President Ana Mari Cauce on stage at the HUB. 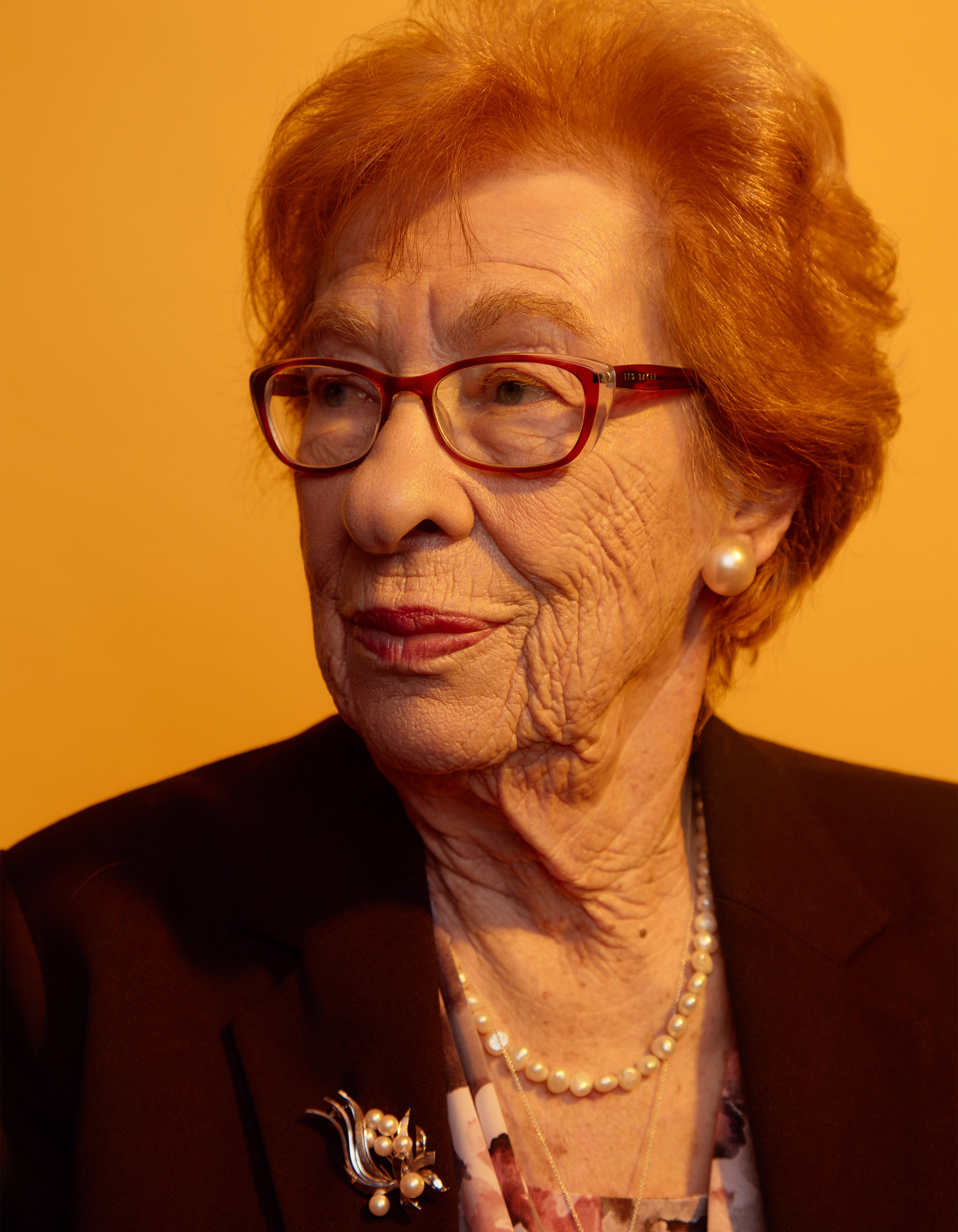 Holocaust survivor Eva Schloss felt right at home when she sat down to have her portrait taken by UW Magazine. That’s because Schloss, the stepsister of precocious writer Anne Frank, worked as a photographer after graduating from college in the 1950s.

She took photos for whiskey ads, British Airways campaigns and giant billboards around London. After five eventful years behind the camera, she had to retire. “I had too many kids,” she said with a laugh.

Captured by Nazis on her 15th birthday and taken to Auschwitz, Schloss represents the youngest generation of Holocaust survivors. Now 90, she shared the stage with UW President Ana Mari Cauce on the night of Nov. 6, connecting her experience as a refugee to people currently trying to escape war-torn countries.

“We have to realize, now more than ever, that this hatred has to stop,” Schloss said. “We have to work together to not leave the refugees stranded in the middle of the sea [to] drown. In Europe, we hear this daily: Ships are trying to leave from Asia or Africa, and the world just doesn’t care, and the people drown. This is not acceptable anymore in the 21st century.”

Before 1940, Nazi policy sought to force the Jewish population out of the country—not to commit genocide—but governments around the world refused to accept Jews in significant numbers, and Hitler eventually conceived of a “Final Solution.” Schloss’ family, who had shuffled from Austria to Belgium to Holland, officially went into hiding in 1942. They were betrayed two years later.

A similar fate befell Frank’s family. Schloss was friends with Frank during the war, and her mother later married Frank’s father, Otto. Schloss has been candid about how difficult it’s been to live in the shadow of Frank, but nevertheless has spent decades of her life preserving and spreading the young writer’s legacy.

Schloss has been a peace activist since 1986. “I realized the world has to know what happened,” she said. “We have to create a better and safer world.”

She was invited to tell her story at UW by Rabbi Mendel Weingarten and Chabad, the Jewish student organization.

“Today, once again, the world is being filled with hatred, animosity and brutality,” Rabbi Weingarten told the crowd. “I must speak up, you must raise your voice, and together we must take a stand. This is what President Cauce does. This is what Eva Schloss does. And this, my friends, is what we must do.”

You can watch the event below.