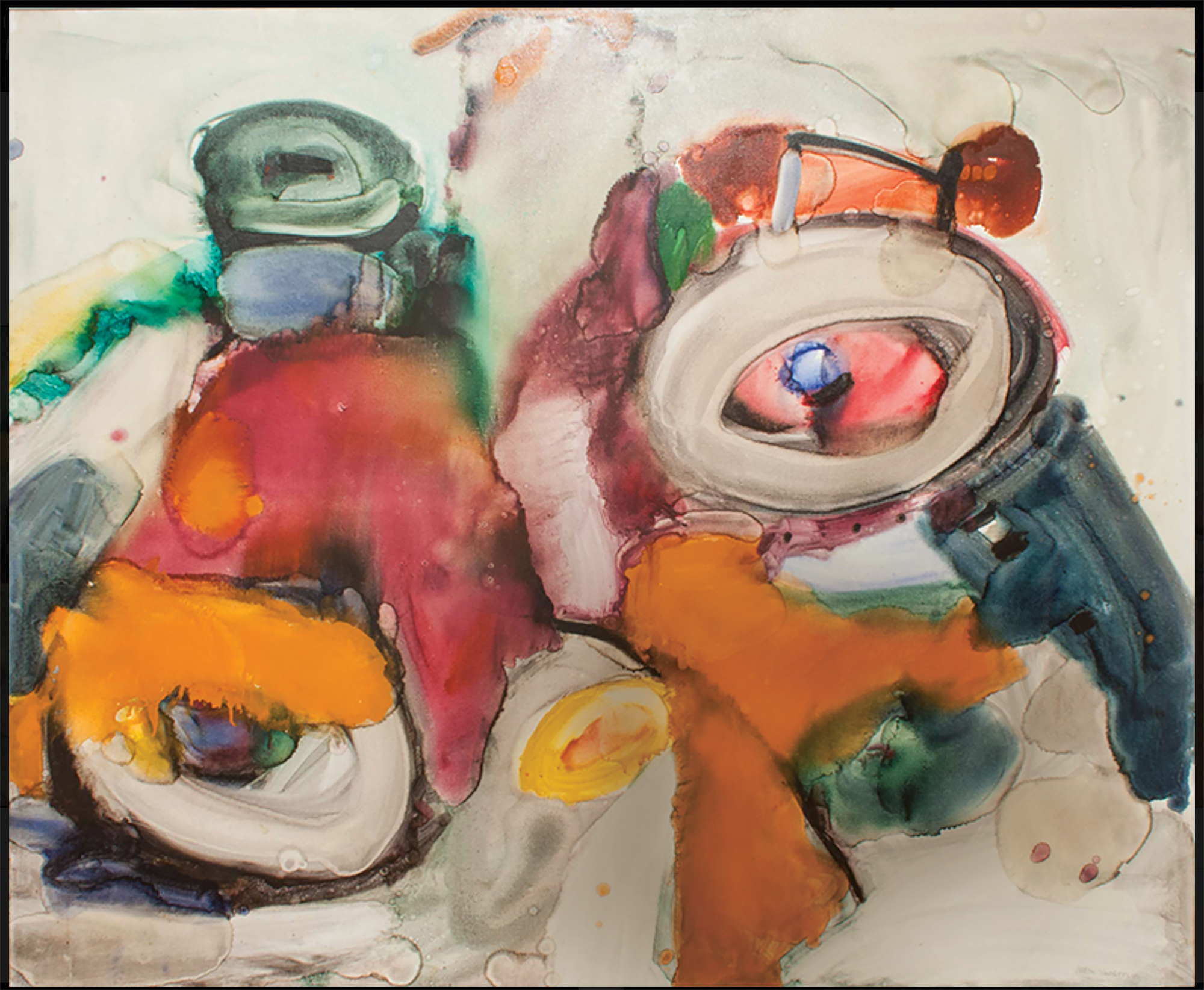 An exhibit at the Bellevue Arts Museum celebrates the work of artist and longtime instructor Alden Mason, ’42, ’47.

“Fly Your Own Thing,” a celebration of the late Alden Mason, ’42, ’47, is now on exhibit at the Bellevue Arts Museum. The show highlights Mason’s playful explorations of subject and material as well as his pursuit of new and different styles. He started with watery Washington landscapes before branching out to innovations like squeeze-bottle paintings and a series of “Big Heads.”

Mason was born in Everett in 1919 and grew up in Skagit Valley. He made his way to the UW with plans to study entomology but quickly discovered that art was his calling. “The influences I had were things I had searched out for myself, the people that I was interested in,” Mason said in a 1984 interview with the Smithsonian.

Mason taught at the UW for 32 years. His students included Chuck Close, Roger Shimomura, Alfredo Arreguin and Gene Gentry McMahon. “I consider him to be the greatest painter to come out of the Pacific Northwest—for me, even greater than Mark Tobey or Morris Graves,” Close wrote in 2013, after Mason died. Pictured here is an excerpt of an untitled squeeze-bottle painting, one of Mason’s “Burpee Series” from the early 1970s. This painting is showcased in the BAM exhibit alongside 74 other works covering the gamut of Mason’s career. The show runs through Oct. 10.