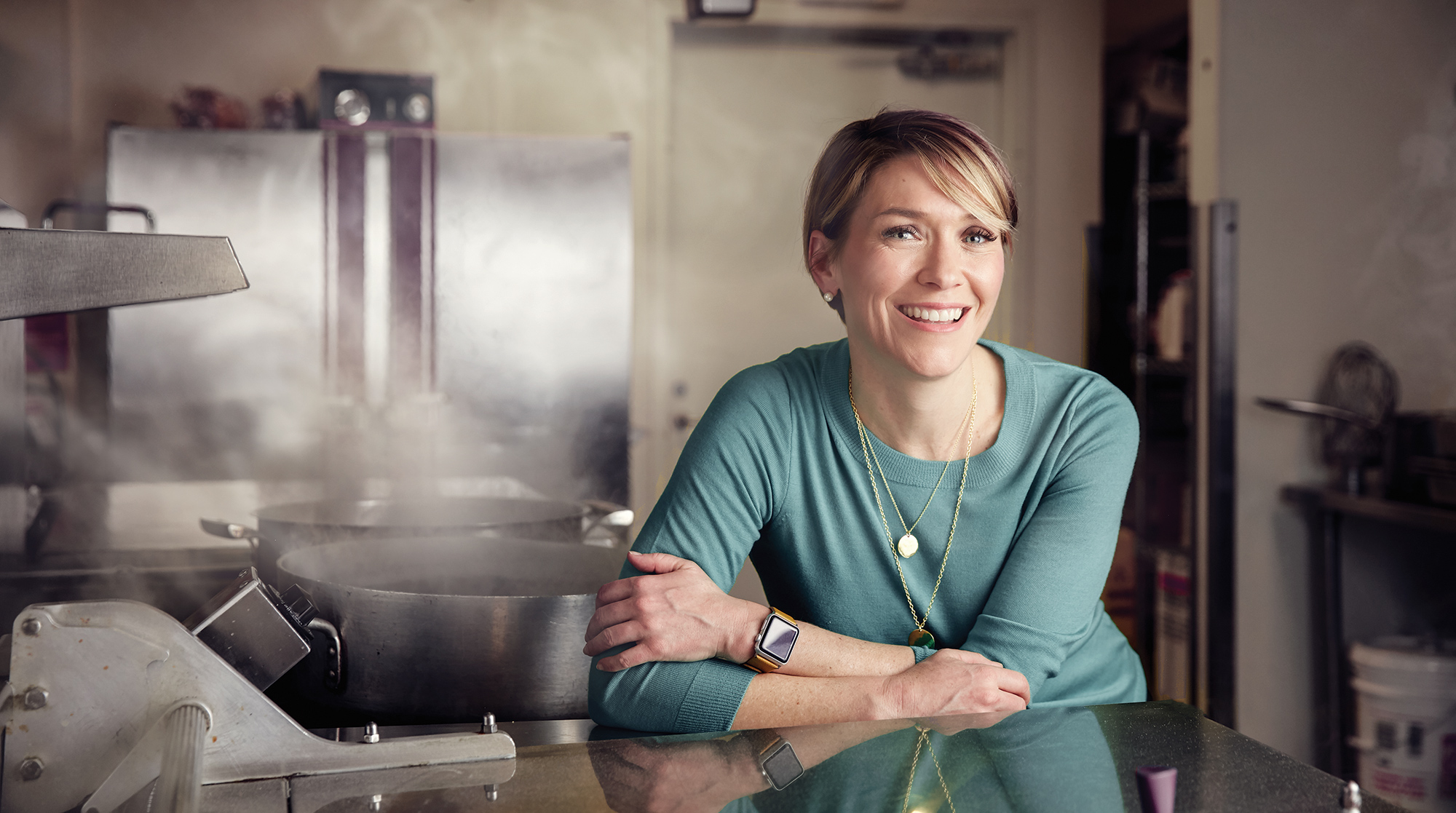 FareStart CEO gives a serving of support to those in need

In Seattle’s halls of power, Angela Dunleavy Stowell is a familiar face and a force for change.

She might be seen testifying before the Seattle City Council, as on a recent hearing date. She might be chairing a $41 million campaign, as she did for United Way in 2018, raising money for community programs.

For many years, she was best known for her role in the celebrity chef world, helping build one of Seattle’s most successful restaurant groups with then-husband Ethan Stowell. Now her influence comes as CEO of FareStart, the James Beard Award-winning nonprofit that provides culinary job training to people who are homeless or otherwise living in poverty.

When people see Stowell in those high-profile roles, some assume she came from a place of status and privilege and took a traditional path to success. For most of her life, she didn’t tell people those assumptions were wrong. “I’m getting used to telling my story now, because I tell it to our students a lot,” she says. “I was really ashamed of it for a long time, well into my 30s. (But) it’s not a shameful thing to not have the traditional path to college. It’s not a shameful thing to not even finish college.”

Stowell grew up in a rural town in Eastern Oregon—“a wonderful place and a beautiful place, but it was not for me,” she says. Her own parents hadn’t gone to college, and most of her neighbors didn’t even think about it for their kids.

From the time she could work, restaurants were her way out. By age 14, Stowell was scooping ice cream, then working at McDonald’s.

“It’s not enough just to care. Caring is not a strategy.”

With vague thoughts of being a paramedic, she briefly attended Central Washington University before moving to Seattle, where she worked for a catering company. “I was told, ‘You seem impressive.’ I had been catering at Bill Gates’ house,” she says.

The restaurant industry gave her a safety net once more, as she waited tables to work her way through school, starting at North Seattle College and finishing seven years later with a bachelor’s degree from UW, studying political science and women’s studies.

As an older student, “I was there 100% for school. It was such a different experience, and I loved every minute of it and every class I had. Except statistics.”

Her interest in political science came from seeing the country’s turmoil right after the election of George W. Bush in 2000. “I was at the age where I saw the urgency and the need to be civically and politically involved.”

The pull toward women’s studies, including an internship at Planned Parenthood, came from her small-town childhood where “gender roles were very clearly defined” and reproductive rights were not a given. “When you went to the health department for any kind of family planning process, your mom’s best friend probably worked there.”

While working as a wine sales representative, she met Ethan Stowell, and their first risky steps to start their own business became a political and social education in itself. Policies around issues like minimum wage and family leave brought her into active debates about how to meet the needs of workers as well as businesses who depend on them. The stark needs exacerbated by Seattle’s intense growth helped bring her to United Way’s Board of Directors and to work with the Seattle Downtown Association. Even tragedy was channeled into positive action; she and Stowell created a marathon fundraiser for fetal health when their first children, twin sons, died before birth.

Caring for others has been a theme throughout all the twists and turns of her life—in a practical way, not a theoretical one. “It’s not enough just to care. Caring is not a strategy,” she says. “It’s so easy for people to fall into the cracks. It’s easy to assume the students coming through the doors of FareStart are really different from you or me.”

Her own two children sometimes join her at FareStart dinners, understanding that the workers and diners there are all part of their community. At their best, restaurants can create a sense of hospitality and caring and service, and a way up in the world, says Stowell.

“Restaurants are what got me out,” she says. “Now I’m maybe in the perfect place, because I work with people who are getting out of their own circumstances.”

Rebekah Denn is a James Beard Award-winning writer who authored the story of the Filipino restaurant Archipelago in our Fall 2019 issue.