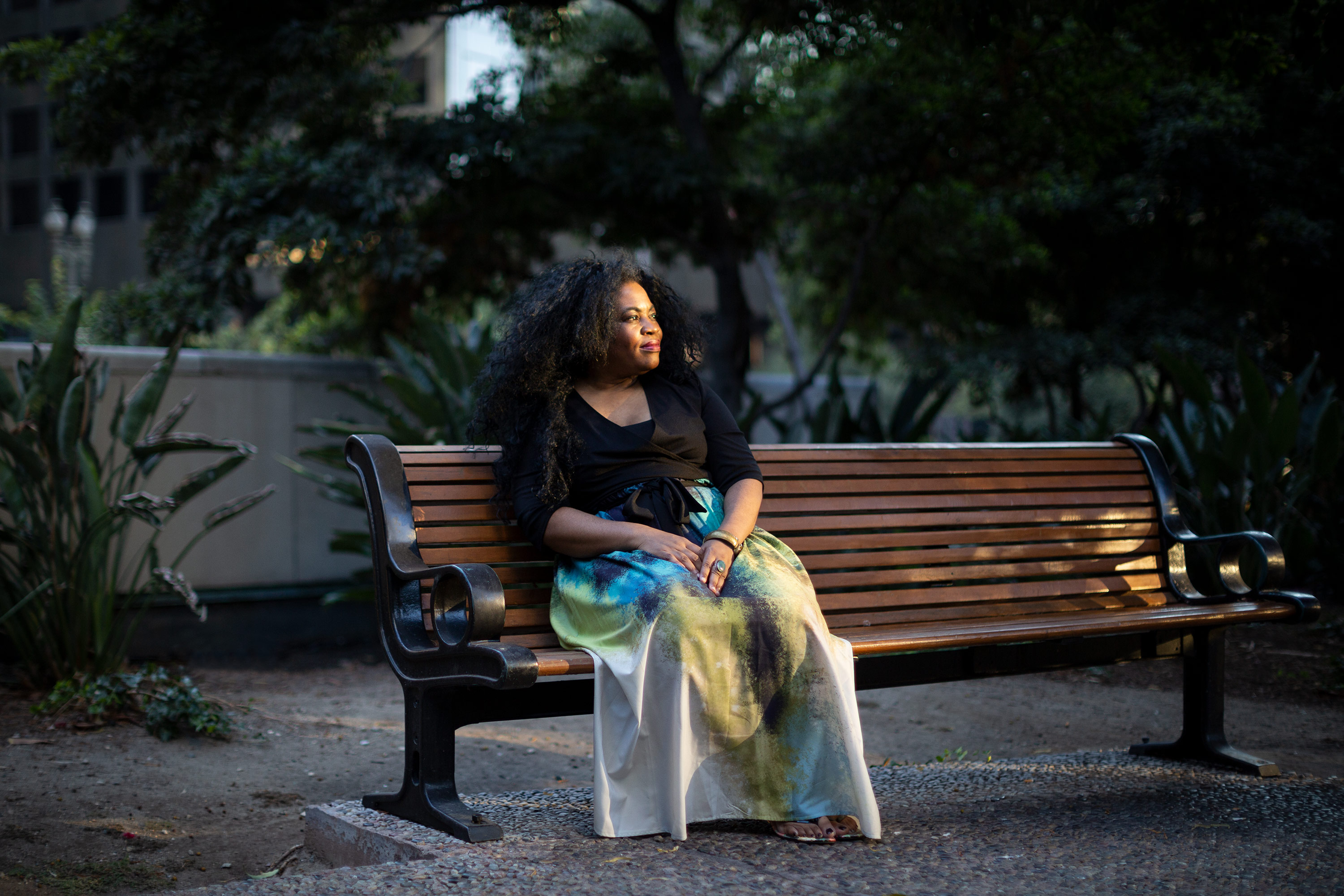 Filmmaking from the heart

In her film “January 14th,” La’Chris Jordan intended to tell a story honoring her parents’ 35-year-long marriage. Made in 2019, the movie chronicles a Black couple’s journey following a questionable traffic stop by a police officer.

Jordan, ’01, an award-winning screenwriter, playwright and novelist, is touched by the reception her film has received. And surprised. “I didn’t know the timeliness of this piece when I made it,” Jordan says of her first film. “I was trying to write a film about my parents’ marriage. As we began to get into the story, I started going deeper into who this woman was, and how she navigates the new world she finds herself in. We had no idea that the film was going to be so timely as it is right now. When you’re African American, living in this space, you’re constantly thinking of issues and social issues at a time when it’s not in the headlines.”

The Los Angeles-based Jordan, who holds a bachelor’s degree in communication from the UW, wrote and directed the film. Her writing is known for focusing on social justice, especially as women struggle for equality in a patriarchal society. With the recent killings of Black men and women, and violent acts carried out against others, “January 14th” is resonating in a way few could have seen when Jordan made the film.

Produced with a small crew in just two days, “January 14th” started in the most personal way; Jordan wanted to tell a story about the loss of her mother in 2008. The film’s title is her parents’ wedding anniversary.

Released shortly before the videotaped killing of George Floyd, the film has been seen nationwide and stirred everyone who has seen it. “This film doesn’t belong to me anymore,” Jordan says. That’s for sure.

Jordan took a winding path to her station in life as writer and director to keep your eye on. Born in Oakland and raised in San Diego, she attended high school in New Orleans, then came to the UW for college.

No matter where she was, one constant remained in her heart. “I’ve always loved words and was a writer. Plus, I read everything,” she says. 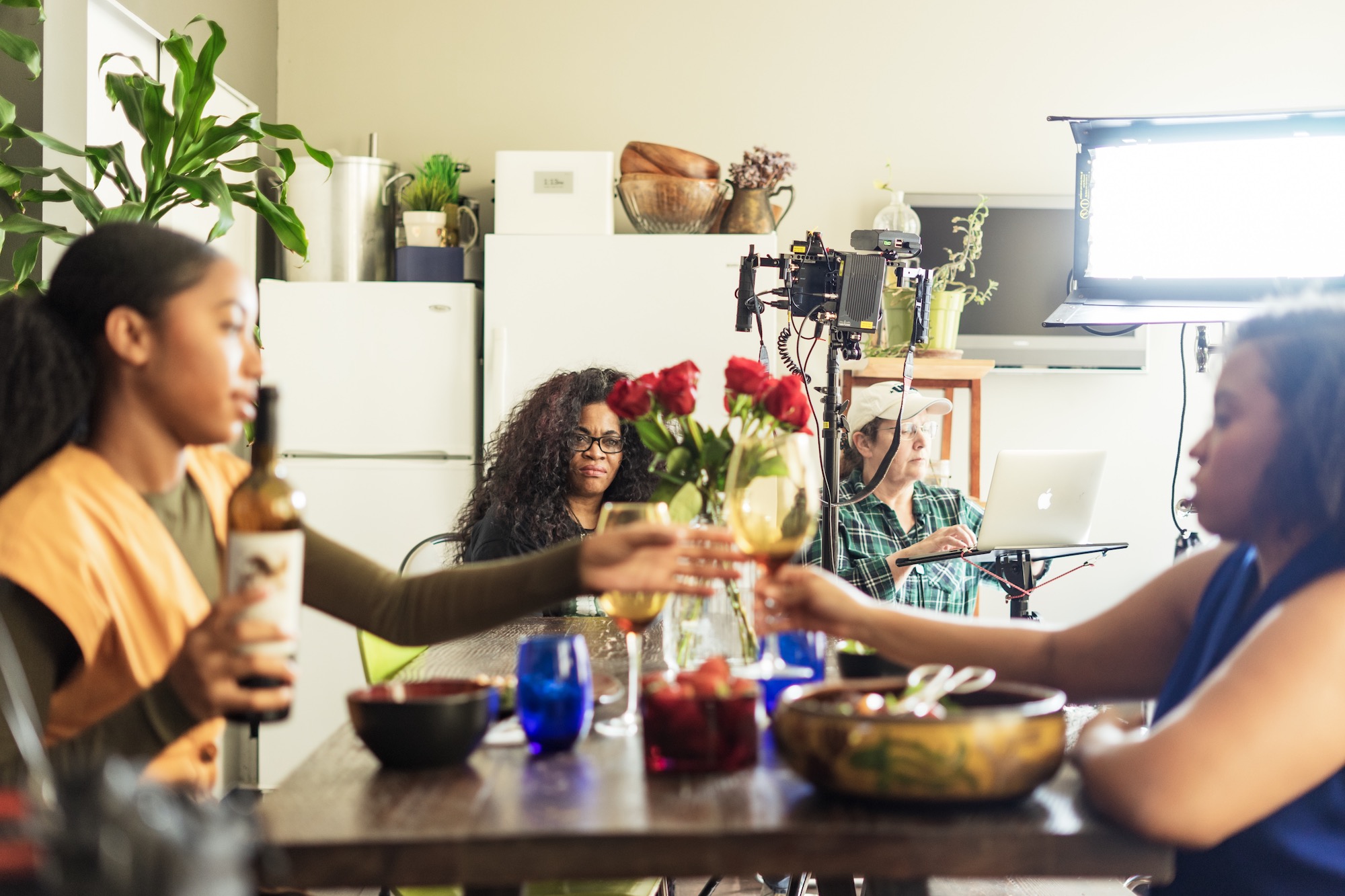 Jordan, center, on the set of her short film “January 14th.”

She wrote her first play in junior high, and envisioned herself as a novelist. Wondering if she could make a living as a writer, it occurred to her that journalism might be the path to take. “I wanted to be a Christiane Amapour of CNN, a war reporter,” she says. “Carrying forward important stories. That was my goal.” At the UW, she trained herself by writing sports for The Daily, covering swimming, football, and track and field, when she decided to switch to news.

After graduating, she wrote for a magazine in Dubai, where she faced cultural challenges when she wrote a four-part series on divorce in the United Arab Emirates. “It was a very sensitive topic, and I was told to stay away and stop talking to the locals,” she recalls. “It was really scary.” She made her way back to the states, worked in public relations for a while, returned to Seattle, then headed down to Los Angeles for a job as an assistant for a major production studio.

She has written TV pilots that deal with social justice in historical dramas, and then 2019 came along, and she felt driven to make “January 14th.” “It was just something I needed to do to explore grief and loss,” she says. Having experience as a theater director during her time in Seattle, she took on both writing and directing efforts for her film. “I go back to basics about storytelling,” she explains. Watching “January 14th,” you see how quiet the picture is, how the actors have the stage to tell their stories – poignantly, intelligently and powerfully.

Jordan, who has been spending the past six months Zooming into film festivals nationwide, is looking forward to making her second film in 2021. The story features only two characters – a woman looking for her birth mother, who survived a World War II concentration camp. “What happens in a tragic moment?” Jordan asks. “From a woman’s perspective, what is it like to experience those feelings.”

Finally, Black films for the masses

As she got deeper into the cinematic world, La’Chris Jordan was interesting in connecting with Black writers in Los Angeles. But she couldn’t find any organizations or databases. So she decided to create her own database for Black films.

Blackcinemadb.com is the result. Today it contains 700 films in one place. “We need to celebrate this body of work,” she says. “This is my way celebrating that.”

Her next step: creating a film competition for young filmmakers. “This is a tough business,” she says. “I want to support filmmakers and give them a chance.”

Jon Marmor is the editor of University of Washington Magazine. Los Angeles-based photographer Lauren Crew is a UW alumna.