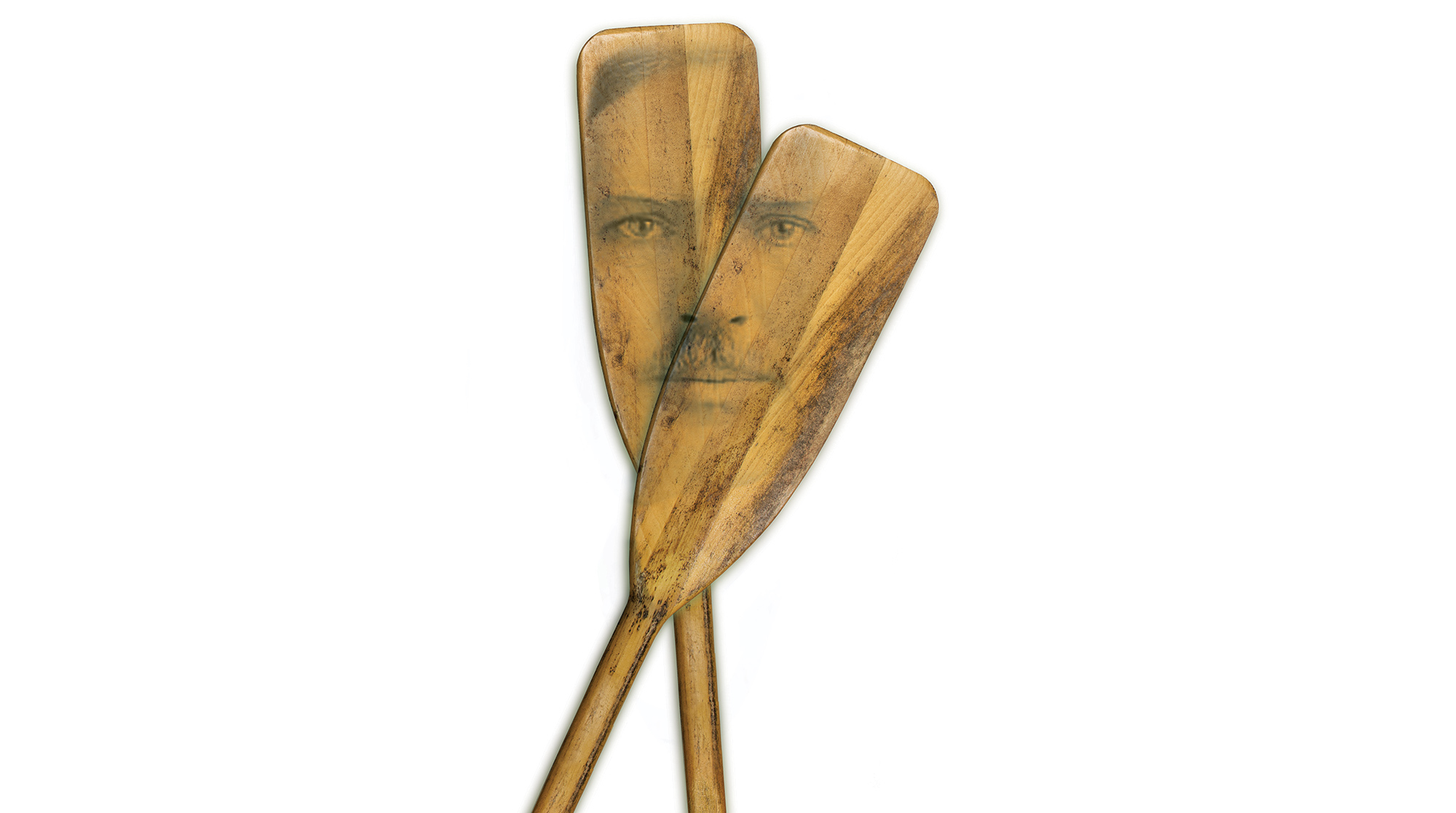 Finding my father in the pages of ‘Boys in the Boat’

I was 55 when my father passed away at the age of 80, the victim of a stroke. I had to wait another 17 years from the time of his death to finally receive his unexpected “gift.” Somehow he resurrected himself and had me cheering for the man I had long ago given up on. Weirdly, I found dad’s gift via a book that I was adamant about not reading.

In my formative years, it seemed I was looking at my father standing stoically in the distance, lost in thought. His persona was one of physical strength, power and the emotions of a statue. The one time I remember Dad letting go was on a family vacation. He came into the cabin holding a 6-pound trout he had caught. Overwhelmed with happiness, he was at a loss for words. All he could do was stand there with his silly grin and sputter, as if his parachute opened, and tears flowed.

This sudden burst of unrestrained emotions caught me totally by surprise. There stood my shining knight without the armor. I was in love. I started crying. Everyone was dabbing their eyes. For those timeless moments, my father was a free man. But just like that, it was over, and he had vanished into the night, his armor well in tow.

My father never told me that he loved me. I finally pushed the issue toward the end of his life. I was bucking up some rounds of wood one afternoon while Dad sat and watched. I remember stopping and saying boldly, “Dad, you do not have to say it now. But before you die, I would like for you to tell me just once that you love me.” He was stunned. That evening he was at the kitchen with my mother when he announced, “You know what? Our son does not think we love him!” So much for my venture, but at least I tried. Three weeks later, I got a call. It was Dad, who rarely, if ever, called. He said, “I love you,” and hung up. What a guy! But he did it.

I was probably in my mid-forties when I came to grips with the fact that Dad and I were never going to have a functional father-son relationship. It was never my job to prove myself worthy, deserving and loveable as a prerequisite for fatherly love. My father had proved himself incapable of loving anyone, starting with himself. When my father died, I was not surprised when I did not do so much as flinch. No tears or quivering lip. I did not rue the fact he was gone because there was not much to miss. With no more issues or agenda with my father knocking on my door, I was free to float with him in unconditional love, needing nothing in return. Dad had done his best, so had I, and so be it.

It wasn’t until 2013 that my father resurfaced. For the first time since my moratorium on sadness, I was suddenly awash in it. It happened one evening as I was nonchalantly leafing through some photos I had kept of him. Without warning, I was rendered helpless, grieving his loss, sobbing uncontrollably. My façade of “up-to-date with Dad” had been derailed.

By winning a gold medal, I knew my father had done something special, but he never wanted to talk about it. And I was too intimidated to ask.

I had known for some time that a book was in the making that chronicled the story of how eight young men, rowing for the UW, had stroked themselves to the victory in the 1936 “Hitler” Olympics. My father, John White, ’39, was one of those men: a 19-year-old sophomore who helped make history in the wake of improbable odds. They beat the Germans and Italians in a sprint to the finish with less than one second separating the three boats. By winning a gold medal, I knew my father had done something special, but he never wanted to talk about it. And I was too intimidated to ask. I was well into adulthood before I first held the gold medal to the light.

The book, The Boys in the Boat, became an overnight best-seller—a “must read,” as my sister put it. But in spite of my recent meltdown over the loss of my father, I was back to my old self: not interested in rehashing old business. I just wasn’t going to read the book. For the next two weeks, the subject of the book didn’t cross my mind. But then the inexplicable happened. I had driven up to Mount Madonna Center, a yoga community I had belonged to for over half my life. I was walking over to the “free box” looking for clothes I could distribute to the homeless, when there on top of the pile was a brand spanking new $30 copy of The Boys in the Boat. I was numb with disbelief. This was beyond the realm of coincidental. Evidently, I was supposed to read it.

And read it I did. In fact, I couldn’t put it down. Here was a fraternity of still tender-age adults, who for the most part were survivors who came from broken, impoverished families. As story has it, my father went through college owning only a single sweater to keep him warm. Riding the razor’s edge seemed to be the norm for these “young Turks” being groomed to take the gold. In their favor, the razor’s edge instilled the discipline of mental toughness they would need if they were to reign supreme in one of the most brutally exhausting sporting events known to man.

In the book’s wake, I experienced feelings of disappointment, much of it for my dad. I felt I had let him down. I was never to know how my father felt about the injury that ended my own career as a UW rower. He never commented and I never asked.

The book became an elixir parading through my veins. The more I read, the more I was aware of a burgeoning sense of bonding with my father. The full impact of what he had accomplished had me cheering. The thought, “How about my father!” often dominated my day. My dad, the warrior, had reopened my future as his son.

Dad would never score high marks in fatherly finesse. But he unknowingly gifted me the tools to persevere in the darkest hour. And the determination never to quit on myself became a vision I believed in. For this, I honor him.

What was I trying to prove for all those years of pushing myself and never being satisfied? Simply put, I was trying to get my father to notice me, to greet me with respect, to put his arm around my shoulder when we walked. The healing words “I love you.”

This was not to happen in his lifetime. But my father’s late gifts left me proud to say his name and to remember him as the man I now readily salute, honor and embrace with love.