Beyond the laughs and beneath the eyeliner, a subversive storyteller is carving out a space for himself and others. 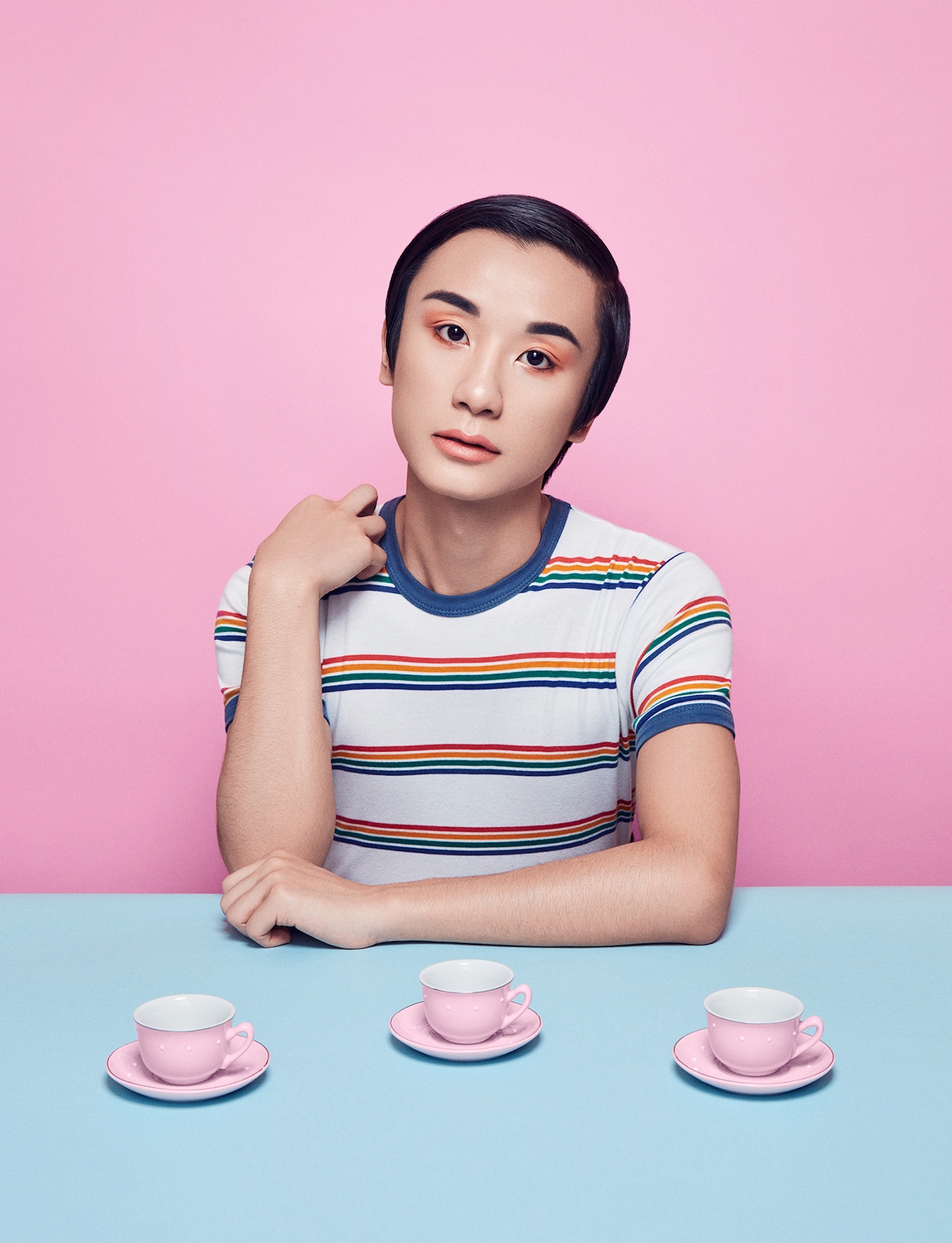 It was spirit week, sophomore year of high school, and the theme was a mashup of “What Not to Wear” and “Fashion Disaster Day.” Kevin Ninh took a handful of stuffed animals—cute little cats made by a company called Webkinz—and tied them around his body. He felt nervous, but he sported the gauche getup with a tentative pride. That afternoon, a friend showed him a tweet sent out by one of their classmates: “Gay guys who wear stuffed cats should go to hell and die.”

The tweet didn’t name Ninh, but it didn’t have to. “It was targeted at me,” he says, now detached from the event. “But rather than dwell on it, I decided to share my experience.” The 16-year-old logged on to Facebook and uploaded a video about how he felt. Then he made other videos. “It’s OK to Be Single,” one declared. Viewers started chiming in. Guys asked for advice about girls. Girls asked about fashion.

By the time he enrolled at the University of Washington Bothell in 2014, thousands of online fans had come to know him as “Flawless Kevin,” a fast-talking, colorfully dressed YouTuber who starred in over 100 videos about adolescent insecurity and LGBTQ issues. Making people smile came easy to Ninh, but over the next four years, he learned that social media could also be a way to educate and empower his fans—and to find himself. 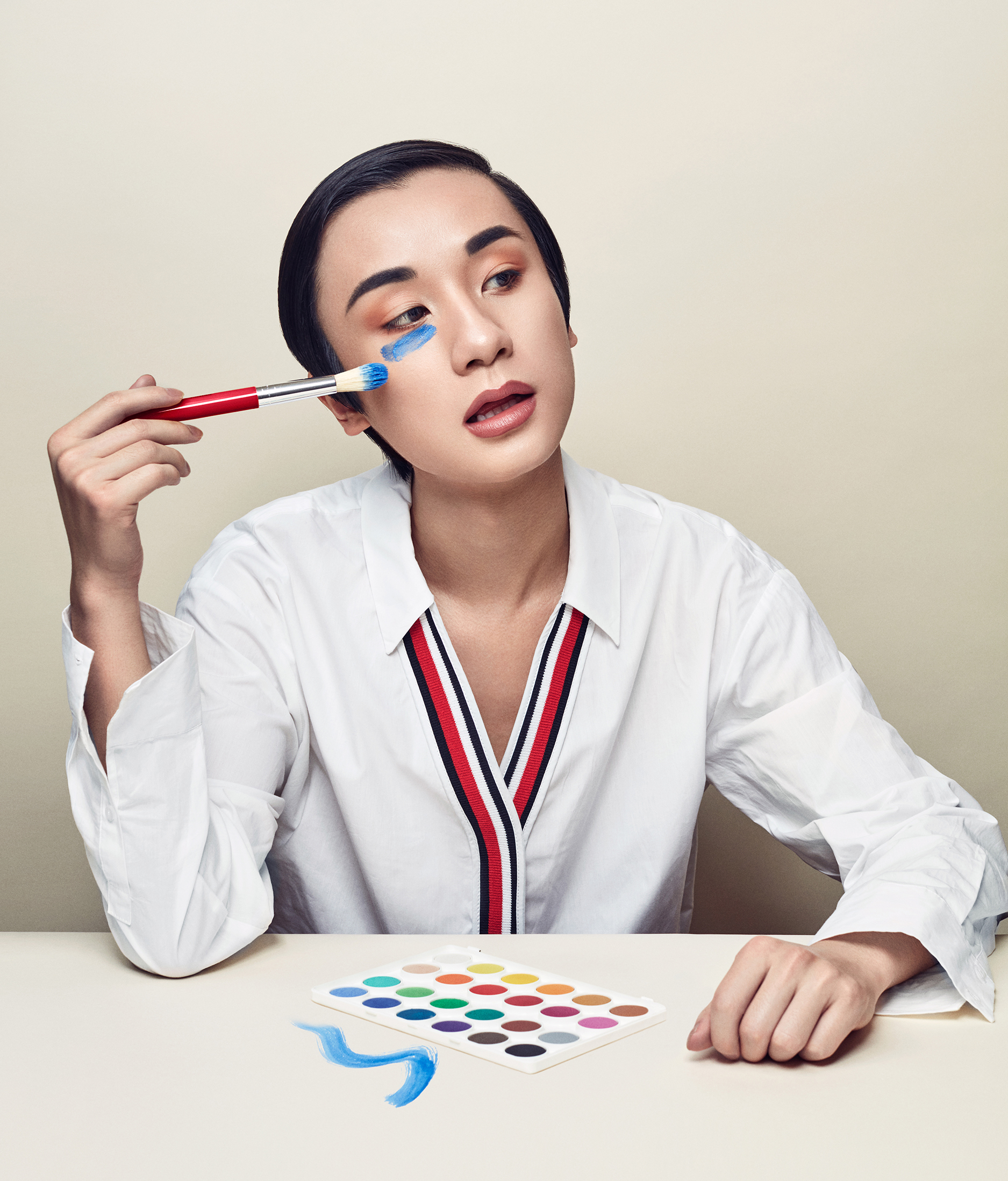 As a freshman in college, Ninh knew he was gay. He shopped in the women’s section for clothes, but he didn’t know how to name or frame his blossoming gender identity. His bubbly personality helped him land a job as an orientation leader the summer before his sophomore year. At an employee retreat, he roomed with a trans co-worker. “I had so many questions for him because I had never met somebody in the trans community,” Ninh says. “He gave me the term nonbinary, which I really identify with.”

Being nonbinary means that you don’t feel exclusively male or female. You may feel both, or in between, or neither. Ninh is comfortable with his biological sex (that’s why he sticks with the pronouns “he” and “him,” and why the first words on his Instagram page are “Yes, I am a boy”). But he’s not comfortable with presenting himself as strictly male. “I never feel, or want to be, one gender or the other,” he says. “I wake up every single day feeling outside of the box.”

By sophomore year, Ninh sought out classes in Gender, Sexuality and Women’s Studies. “Not only to learn about society,” he says, “but to learn about myself.” Now he uses his platform to share both academic and everyday concepts of gender and identity to people around the world. The New York Times even tracked him down for a story called “His Eye Makeup Is Way Better Than Yours.”

Ninh’s YouTube page, which has nearly 400 videos, is divided into channels about love life, fashion, back-to-school tips and even K-pop (Korean pop music). Some of the videos are narrative short films, such as when Ninh plays the character Pennywise from Stephen King’s “It” to represent the feeling of being in the closet. Others are hastily assembled skits, such as “Straight Versus Gay: Morning Routine,” in which he plays a pair of twin brothers getting ready for school. It’s been viewed 1.4 million times.

“With his own belief in himself, he creates a space, a platform, for other people to not be afraid of who they are.”

At first glance, the videos seem like lighthearted comedy sketches, and they are. But over the years Ninh has found that these videos, like “10 Ways to Come Out of the Closet” and “Being Gay and Asian,” also serve as life lessons for other Kevins around the world. People can see that the questions they’re asking, the struggles they’re facing, and the feelings they’re conflicted about are shared—and shared proudly—by someone else.

Kerry Holifield, a close friend of Ninh’s who met him as an orientation leader, remembers a vivacious spirit from day one. “He got people to be excited—wherever they were,” she says. Still, once Holifield got to know Ninh, she could see he had insecurities about the person he was becoming, some of which were connected to his Asian upbringing, which Holifield shares. “We don’t want to disappoint our parents. We don’t want to go against the grain,” she says. “But we don’t have a choice to be anything except ourselves.”

Holifield, who did theater in high school, started college with law school on her mind. Ninh encouraged her to add a second major to channel her creative side. She likens that to how he supports people on social media. “With his own belief in himself, he creates a space, a platform, for other people to not be afraid of who they are.”

Wanda Gregory, a lecturer at UW Bothell, met Ninh in her class about interactive media design. He was only 19 at the time, but already savvy about the business side of digital content. Later, when Gregory presented research about social media during a trip to California, Ninh Skyped in to the group to talk shop. “He’s very mindful of his craft, and of the story he wants to tell about himself,” Gregory says. “I’ve had a number of students who have done really well on social media, but he understands his audience. He’s not just there collecting numbers; he’s building relationships.”

Ninh’s Instagram feed, which he updates daily, is an eye-catching grid of makeup tutorials and outfit experiments. He transforms into anime characters, K-pop stars, masculine men, elegant women. With each post, Ninh not only toys with his identity, he asserts his right to have one.

“Representation is so important. I don’t even have to say anything, just being a guy wearing girl clothes is important” 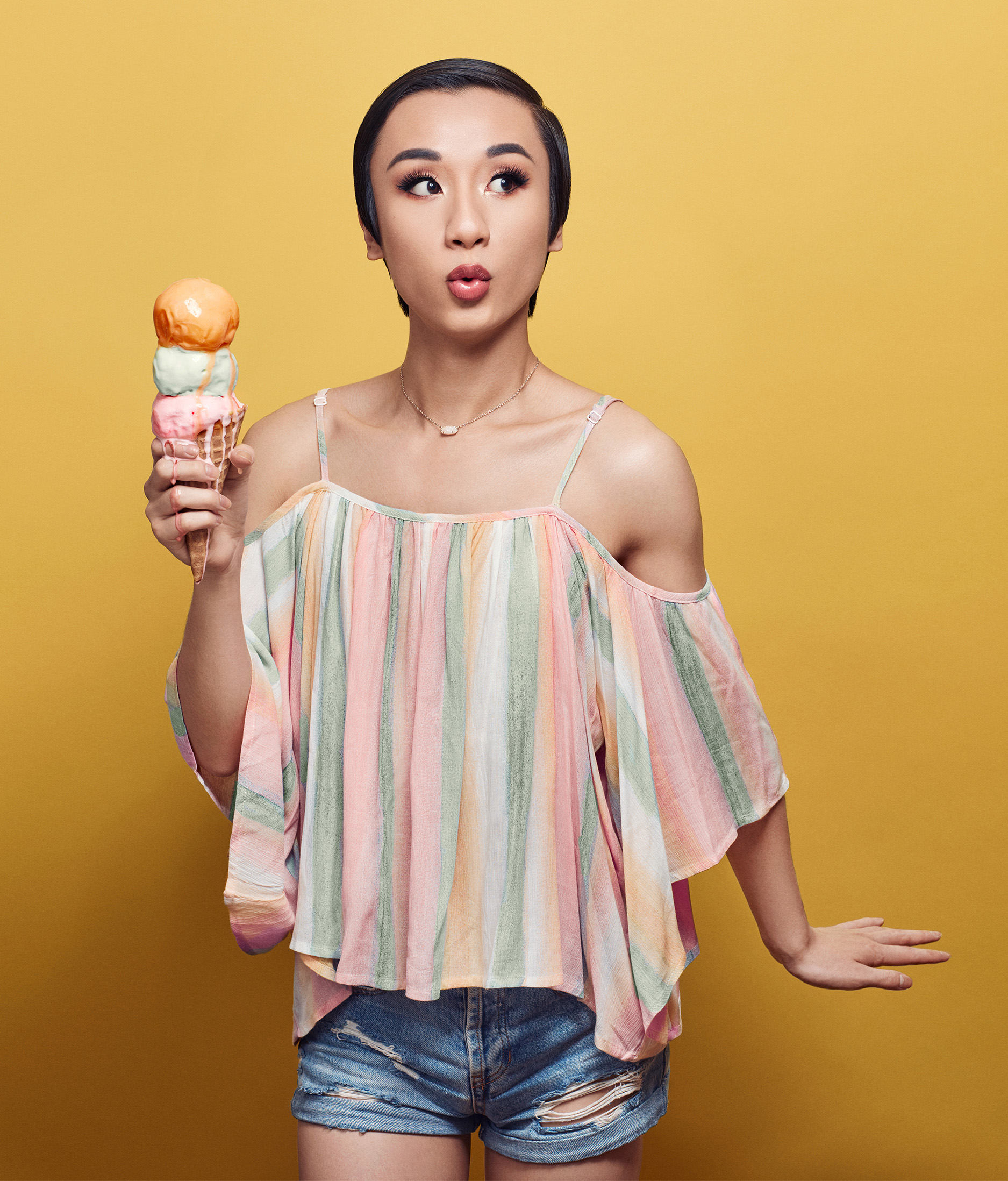 On May 17, which is International Day Against Homophobia, Ninh posted this message to his Instagram followers: “I want to reassure you all that my page will always be a safe space full of acceptance and love. We’re all here for each other.” In the comments, a young woman said that she had recently told her family she was bisexual. “If they love you, they won’t care who you love,” she wrote. “Thank you Kevin for giving me strength to come out!” The comment, one of nearly 800, quickly disappeared into a stream of colorful hearts and rainbow emojis. But it had been “liked” one time: by Kevin.

Ninh graduated early with a double major and walked in June. He earns money from the ads that play before his videos, and he’s partnered with makeup brands and drink companies. Now he’s thinking about producing a professional web series about familiar topics like bullying and being gay.

“I’m always evolving, but the core of who I am and why I started all of this is because I was bullied,” he says. He still gets hateful comments from time to time. “I use it as fuel to build myself up. I take their power away and reclaim it.”

While he shies away from being called an ambassador, it’s clear that he’s a role model for many of his fans. Not because he’s speaking for all nonbinary people or representing all Asians in the LGBTQ community, but simply because he’s living his own truth.

“For the longest time, I didn’t even know what ‘Flawless Kevin’ meant,” he says. “But after a while, I realized that being flawless doesn’t mean you don’t have flaws. It means that you have flaws, that you embrace them, and that you don’t conform. That’s why at the end of every video I say, ‘To be flawless is to be yourself.'”