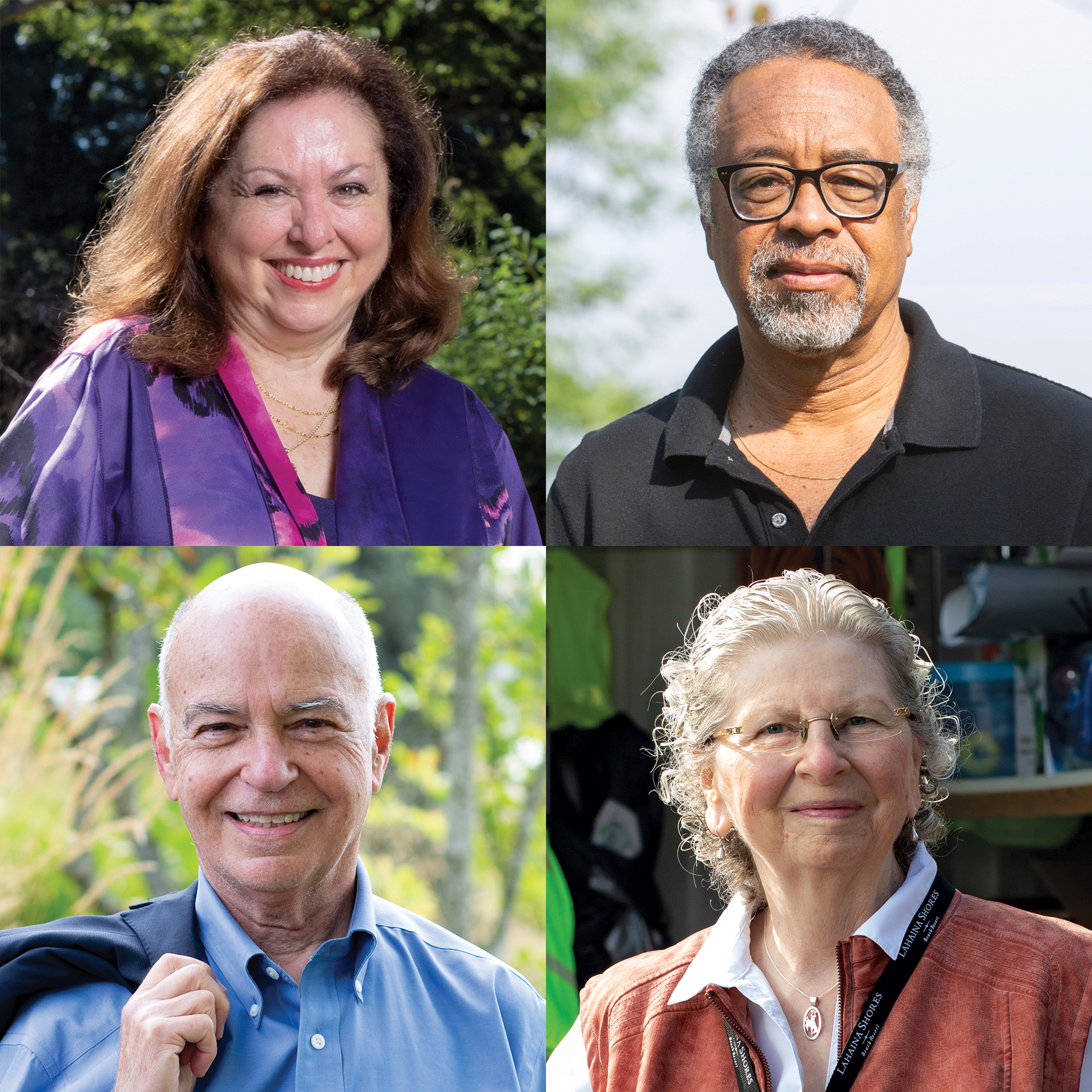 Retiring from the UW doesn’t end the story for faculty and staff. They are driven to serve their communities on a local or global scale.

Four years after retiring from the faculty of the UW School of Nursing, Sandra Motzer attended a class on emergency preparedness at the Lake City Library.

There she learned her neighborhood lacked one of Seattle’s new emergency communication hubs that were available elsewhere across the city. It didn’t take long for Motzer, ’75, ’76, to realize that was a problem she wanted to solve.

After attending meetings at the emergency operations center downtown and collaborating with a colleague to secure a Seattle Department of Neighborhoods matching fund grant, Motzer helped establish Lake City’s own emergency communications hub in 2013.

There she was, back to “work” … in retirement.

Motzer’s story is not uncommon. Whether finding new inspiration after their full-time University careers are over, or expanding their previous service and work, UW retirees are making incredible contributions to our communities on local, national and global scales. 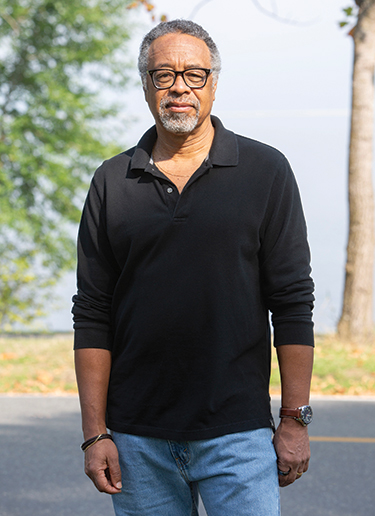 When Robert Crutchfield, who retired as a professor emeritus in 2016 after almost four decades in the Department of Sociology, was invited to join the Board of Commissioners for the Seattle Housing Authority (SHA), he couldn’t say no. It was a full-circle moment.

“For me, it was pretty special because I grew up in housing projects in Pittsburgh,” he says. “I was honored to be asked and happy to serve in the role. It was also a chance for me to bring what I knew from an academic setting in service to the community.”

The board’s work is focused on supporting the SHA’s executive staff and making decisions around budgets and investments. Its ultimate goal is to do everything it can to expand the amount of housing that is available for low-income people in Seattle.

In addition to serving the local community, Crutchfield is the chair of the Committee on Law & Justice (CLAJ) for the National Academies of Science, Engineering & Medicine. CLAJ is an all-volunteer group of academic experts from across the country responsible for bringing scientific input to important government, federal and local policies on crime, law and justice. A longtime priority for the group is getting a study conducted on racial and ethnic disparities in the criminal justice system and what can be done about it.

“Our job is to find the people who are most knowledgeable in that area, who have the best thinking about what we should be doing, and get that information to practitioners, policy makers and scholars,” he says.

Crutchfield is also on the steering committee for the Racial Democracy Crime & Justice Network, which provides mentorship to young faculty members of color from across the country who are studying issues of race, crime and justice. It’s a National Science Foundation-funded effort to continue to diversify the professoriate nationwide.

“I think staying involved and keeping a scholarly life alive and going gives me value, gives me something,” Crutchfield says. “I get as much as I give for a lot of these things.” 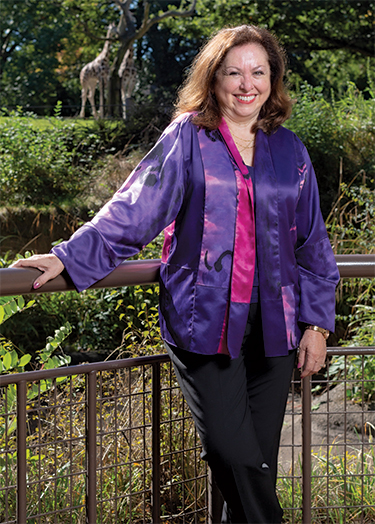 The inspiration to give back was instilled in Sandra Madrid at an early age. So it’s no surprise that commitment continues in retirement.

“My mom’s inspiration and the way she lived her life ingrained in me at an early age the value of serving and giving back to the community,” she says. “I’ve never let go of that.”

Madrid, ’80, ’82, ’85, spent the majority of her 28-year UW tenure as the assistant dean for students and community development in the School of Law. Throughout that career, she served on more than 30 nonprofit community boards.

“It’s an opportunity for people to partner with someone or engage with a nonprofit Latinx organization that they wouldn’t otherwise have been affiliated with,” Madrid says. “There are so many stories about how that one event can bring connections and make so many positive things happen in the community.”

For the past 15 years, she has facilitated the Nordstrom Latina Summit, which brings together college-level and professional Latinas to network and build connections around the theme of empowerment. Last fall, she helped the Woodland Park Zoo hold its inaugural reception for Professional Women of Color.

“The connection to the community with your heart and soul brings immense satisfaction to a life fulfilled,” she says. “Wherever you are in your life, there is always a need to help and assist, no matter what your field happens to be.” 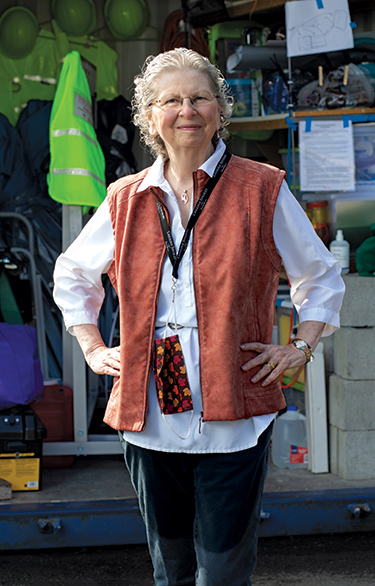 Motzer retired as an associate professor emerita in 2008 after a 30-year career in BioBehavioral Nursing and Health Systems. Her work to establish the emergency communications hub was just the beginning of her community advocacy.

“The bottom line is we want to improve the quality of life for everyone who is living and working in Lake City,” she says.

Cunningham, ’69, ’78, and Motzer were trained at Harborview Medical Center and then certified as “Stop the Bleed” instructors, and Cunningham secured the grant to create “Lake City Stops the Bleed.” Since 2018, they’ve taught hundreds of Lake City residents how to stop life-threatening bleeding through free classes at community centers, churches and other community locations. “Stop the Bleed” kits are now available at the Lake City and Meadowbrook community centers.

Through her work with the emergency communications hub, Motzer is also a member of the Lake City Neighborhood Alliance (LCNA). She chaired the board for four years and currently serves as its treasurer. LCNA is an advocacy group for funding a new Lake City community center and—among many other things—partnered with the Children’s Home Society of Washington to secure a grant called “Build Lake City Together.” The grant focuses on improving equity issues for residents such as housing, traffic and pedestrian safety, crime and the environment.

“The continued inspiration [to do this work] comes from all these people that I’ve met,” says Motzer. “Not just in Lake City, but across the city. There are wonderful people out there who have been engaged in doing community activism for decades. I’m just a newcomer to all of this.” 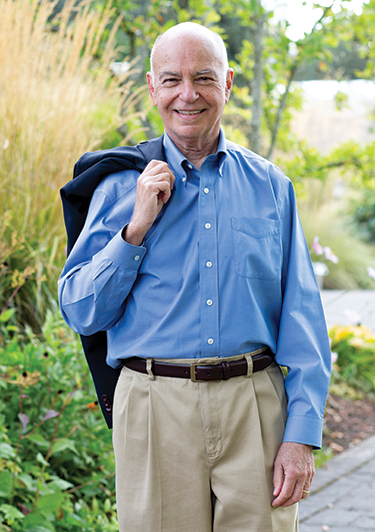 When he started to think about retirement, Jim LoGerfo, professor emeritus in global health and medicine, wanted to do global health work in a way he wasn’t able to as a full-time faculty member.

His 40-year UW career included stints as the medical director at Harborview Medical Center and associate dean of medicine.

After traveling to Cambodia to learn what the country’s needs were in the areas of public health care and health-care training, LoGerfo, ’72, ’74, decided that was where he wanted to focus his efforts. As with many lower-resourced countries, Cambodia had virtually no funding or emphasis on caring for chronic diseases such as diabetes, high blood pressure and obesity.

“The compelling thing in Cambodia is they know the direction they need to go, but they don’t have a lot of resources,” says LoGerfo, who travels there three to five times a year. “If you can figure out a good way to get some extra resources and get the right people together in the room, good things happen.”

LoGerfo worked with the Cambodian Ministry of Health and an NGO doing work in slums and rural areas to help them organize chronic disease treatment programs and secure funding.

Improving Cambodia’s medical teaching institutions is also a high priority for LoGerfo. He has been connecting with experts from France, as a well as a group from Boston University, to expand clinical training efforts at the medical school and major teaching hospitals.

“You can’t teach what you don’t do very well, so it’s been important to me to find people who are focused on improving care, whether they are involved in teaching students or not, to make the training institutions better clinical institutions,” he says.

He’s also collaborating with Tracy Harachi, associate professor in the UW School of Social Work, to expand the role of social workers in the medical system, as well as to address the enormous burden of mental health problems among Cambodia’s population.

Despite knowing it may take many years to see the impact of this work, LoGerfo’s inspiration is unwavering.

“It’s building relationships and seeing programs take on a life of their own and doing good things for people,” he says. “That’s why we become doctors. That’s why we do public health.”