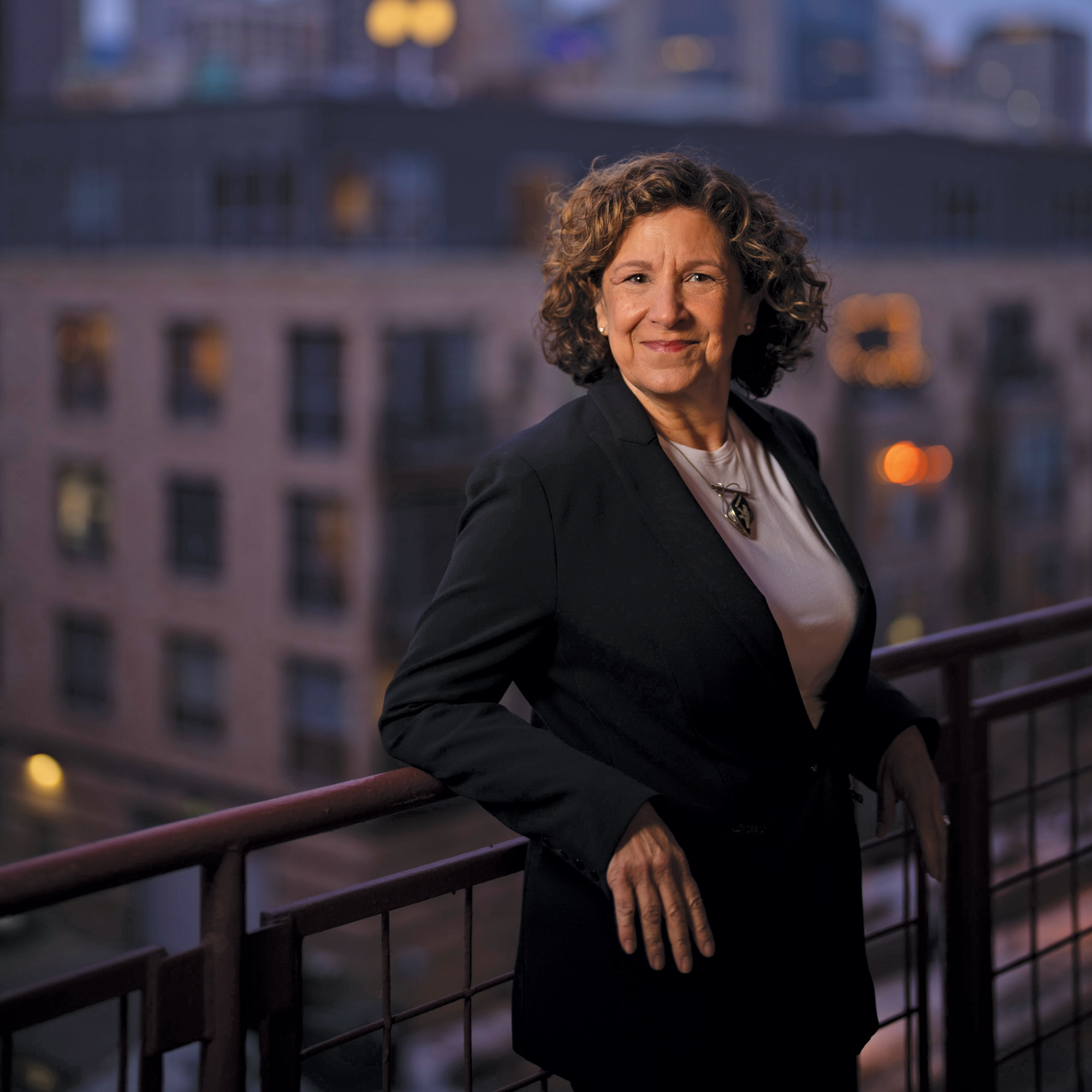 In her four decades as a journalist and editor, Suki Dardarian has led newsrooms across the country in producing cutting-edge, community-driven content that has won numerous awards. Among those accolades are two Pulitzer Prizes in the Breaking News category; Dardarian managed award-winning teams at The Seattle Times and at the Star Tribune in Minneapolis, where she is currently the editor and senior vice president. And while Dardarian recognizes those honors, she admits that when she looks at her career, she’s particularly proud of the Star Tribune’s recognition by the Online News Association, a nonprofit membership organization for digital journalists that holds the annual Online Journalism Awards. The paper has won twice in the Explanatory Reporting, Large Newsroom category, and once in the Breaking News, Large Newsroom category.

“We nail the print stuff,” says Dardarian, ’80, who was inducted into the UW Communication Hall of Fame in October. “The Online Journalism Awards value the show-and-tell aspect of storytelling on a digital platform, which has always been the hardest thing to do. It’s impressive to see what kind of work can be done digitally.”

Like many journalists who entered the field in the ’80s and ’90s, Dardarian navigated the industry’s seismic changes with curiosity and optimism. Processes and procedures rapidly evolved around the turn of the millennium, from the impact of the internet age on news cycles to the production of newspapers. She remembers working at The Daily: “You’d type your story up on a typewriter, roll it up, secure it with tape, then put it in these plastic tubes that would take it down to the printer.” Technology has advanced, but Dardarian’s unwavering commitment to fair, ethical reporting hasn’t budged. After graduating from the UW, she worked at a series of regional papers, including The Daily Herald in Everett, The News Tribune in Tacoma, and The Seattle Times. In 2014, she joined the Star Tribune as managing editor and vice president. She was promoted to her current role earlier this year.

“The essential elements of being a good journalist haven’t changed.”

Under her leadership, the paper, which is available in print and online, has become one of the largest digital-only subscription news platforms in the country (and one of only six U.S. newspapers to exceed six figures). In 2021, the Star Tribune won a Pulitzer Prize in Breaking News Reporting for its coverage of George Floyd’s murder and the aftermath. According to Dardarian, success comes from collaboration. She wants journalists who are willing to share ideas, push each other’s abilities and work together. “The advent of digital media fostered new ways to collaborate,” she says. “All of these changes have been for the better when it comes to storytelling. I think it’s kept me in the business. While some people have fled because of [the turn to digital], it engaged me more. I love trying to convey information using new tools such as video or linking to original documents to strengthen credibility.”

She didn’t initially set out to be a journalist. Before transferring to UW, Dardarian enrolled at Western Washington University to study psychology. To make some extra money, she took a job proofreading the student newspaper and soon found herself reporting, and loving it. Dardarian possesses the traits and skills—fairness, accountability and a dedication to pursuing the facts—that make for a strong leader in the newsroom. She also prioritizes listening to reporters, readers and the community to make her publication stronger and more relatable.

“The essential elements of being a good journalist haven’t changed,” Dardarian says. “That includes having ethics, a commitment to accuracy, diversity and credibility, and being able to weigh the cost and benefits of what you do. What I’ve typed on may have changed over the years, but my commitment to these things has not.”