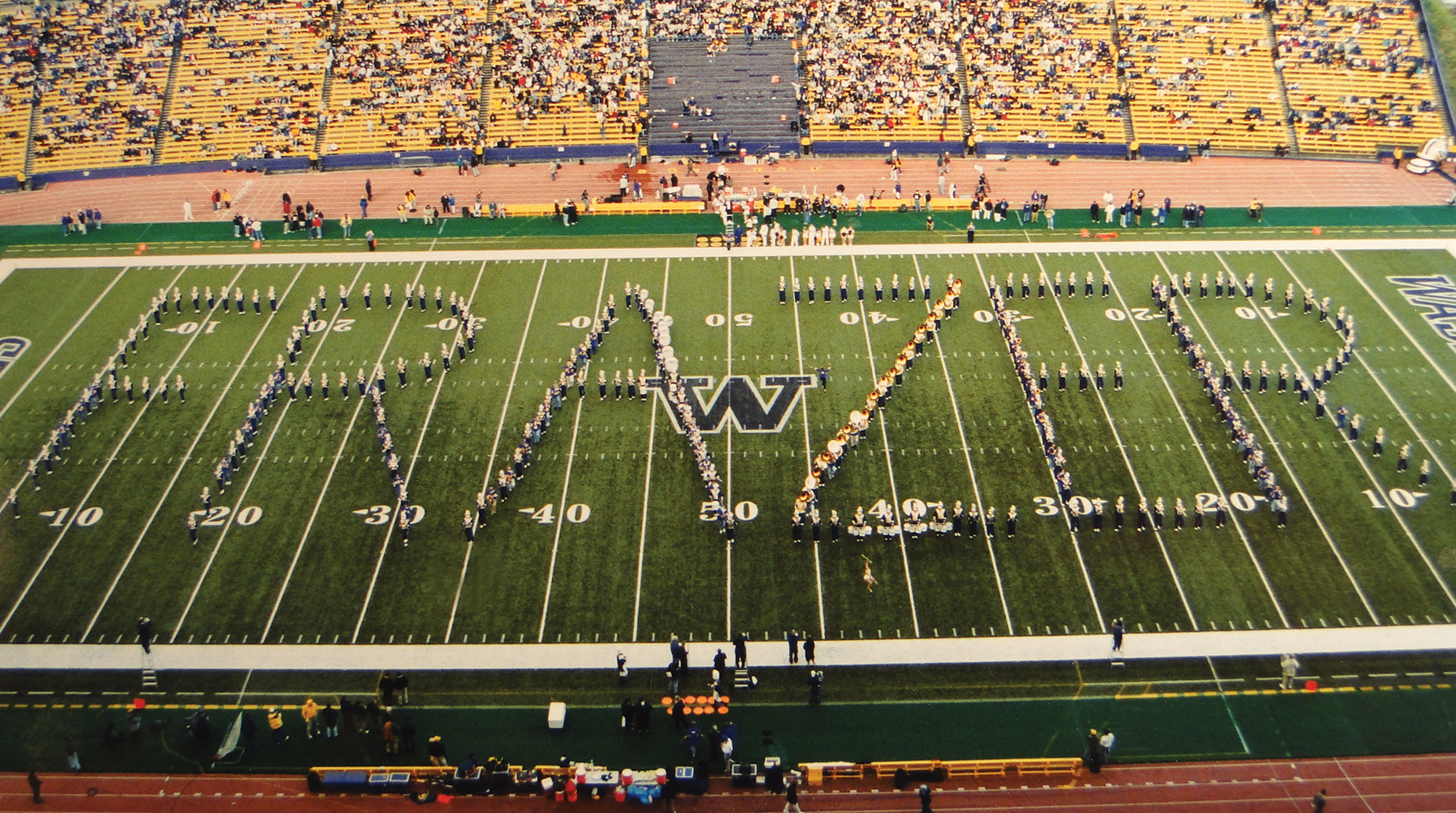 Frazer Cook helped us bond with the Husky Marching Band

On a sunny summer afternoon in 2010, I was sitting in a University Village coffee shop. A few people were scattered here and there, quietly sipping their lattes, entranced by their phones and computers. Then, coming up the stairs, a giant of a man appeared. “You must be Jon,” he said in a booming voice that caught everyone’s attention. “Pleased to meet you.”

That man was Husky royalty: Frazer Cook, the legendary announcer for the Husky Marching Band. For years, I had heard his voice fill up Husky Stadium on warm and cold Saturday afternoons, introducing everyone’s favorite marching band and every song it would play, from “The Star Spangled Banner” to “Bow Down to Washington” to “That’s the Way I Like It.” Hearing his voice was as exciting and comforting as the view of Lake Washington.

Meeting him for the first time, I could tell that he had worked in radio (he was a former CBS Radio newsman). His God-given authoritative voice was perfect for delivering the news and making us feel that we were OK—just like Walter Cronkite.

A 1965 graduate of the UW College of Arts & Sciences, he earned his degree in radio and television and went on to be the official voice for the Husky Marching Band for an astounding 57 years. The gig started when he was a 19-year-old UW sophomore. The Husky Marching Band was in the market for a new announcer, and Cook, who had little public speaking experience other than appearing in high school plays, was recruited from his dorm room to try out for the position at 9 a.m. one Saturday. (He learned then that a game was set to kick off three hours later.) Cook got the job.

The match couldn’t have been better—between Cook and the Husky Marching Band and between Cook and Husky fans. Cook’s love for the Huskies and his alma mater knew no bounds. Besides being a fixture inside Husky Stadium, he was a good friend to the UW Alumni Association.

A week after meeting Cook for coffee, I accompanied him to empty Husky Stadium for a photo shoot on a gorgeous midweek day. As the photographer captured him posing in different parts of the stadium, Cook recalled the 650 halftime and pregame band performances, how he spent the first 33 years announcing from the field, and the friendships he made.

Cook’s final performance came on Sept. 8, 2018, when the Huskies hosted North Dakota. On this day—declared Frazer Cook Day by King County Executive Dow Constantine, ’85, ’88, ’92—a group of Husky Marching Band alums created a “tunnel” for Cook to walk through. He didn’t like the attention. “I’m not part of the show. No one should notice me,” he told me in 2010. He called his time with the Husky Marching Band “an honor, a privilege and a pleasure.” Husky fans everywhere felt the same way about him. Sadly, Cook died Sept. 23 at the age of 78. He may be gone but we will always be pleased that we had the chance to get to know him.

At top: The Husky Marching Band shows how it feels about its longtime announcer before a 2000 game in Husky Stadium.