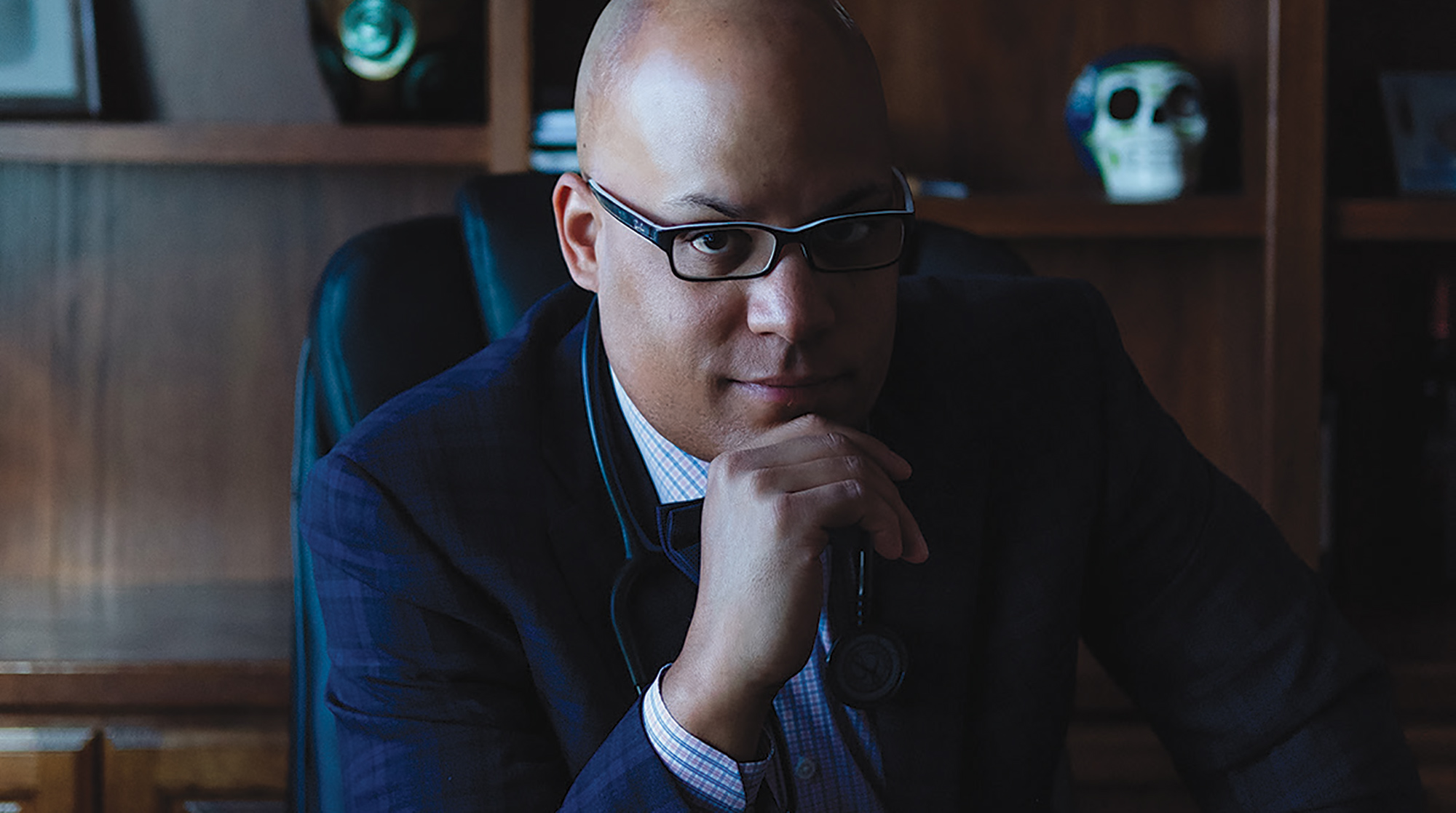 From struggling student to top doc

Alumnus Lorne Murray, '96, credits his UW mentors for his success.

During his first two years of high school, Lorne Murray wasn’t sure he would even get to college. But thanks to his hard work, and his mom, his grades were good enough to land him at the UW. Still, once on campus, the young man from Bremerton faced significant financial and academic challenges and would have had to struggle a lot more if it weren’t for the help of a few people in the Office of Minority Affairs & Diversity (OMA&D).

Murray credits Bill Baker, one of the founding staff members of the OMA&D, with helping him finance his education. Baker “made it so extraordinarily easy to get scholarship money…for my entire college career,” Murray says. He helped Murray, who was studying microbiology, access the Educational Opportunity Program (EOP) and the President’s Achievement Award. As a junior Murray obtained a coveted United Negro College Fund (UNCF)-Merck Undergraduate Science Research Scholarship, which earned him two paid internships and more than $20,000 to cover his educational costs.

But money was just one issue. The competitive atmosphere and the feeling of anonymity on a big campus weighed heavily on Murray as well. Fortunately the Instructional Center and staff members Karlotta Rosebaugh, now-retired director of Health Sciences Center Minority Students Program, and Emile Pitre, now-retired senior adviser to the vice president of OMA&D, helped him out. Rosebaugh served as Murray’s first real mentor, and Pitre tutored Murray in chemistry. “Working with them was very eye-opening and inspiring,” Murray says. “I didn’t want to let them down, because they were spending the time to help me.”

Bolstered by their support, Murray learned to compete with confidence. He remembers receiving an exam grade from an “infamously intense” biochemistry professor. “The average grade was failing, and I scored 150 out of 150,” he says. “The first thing I wanted to do was tell Pitre, because it was definitely the most difficult class I took.” After graduating, Murray took his hard-earned confidence and sharpened work ethic to Harvard Medical School and then to Arizona’s Integrated Medical Services, where he is now lead cardiologist.

UW also awakened in Murray a desire to give back. In 2014, to honor the staff members who helped him succeed, Murray established the Lorne Murray Scholarship in Honor of Emile Pitre, William Baker & Karlotta Rosebaugh. This endowed scholarship benefits undergraduate students from disadvantaged backgrounds in OMA&D’s EOP. Students who are selected have overcome significant factors to attend the UW.