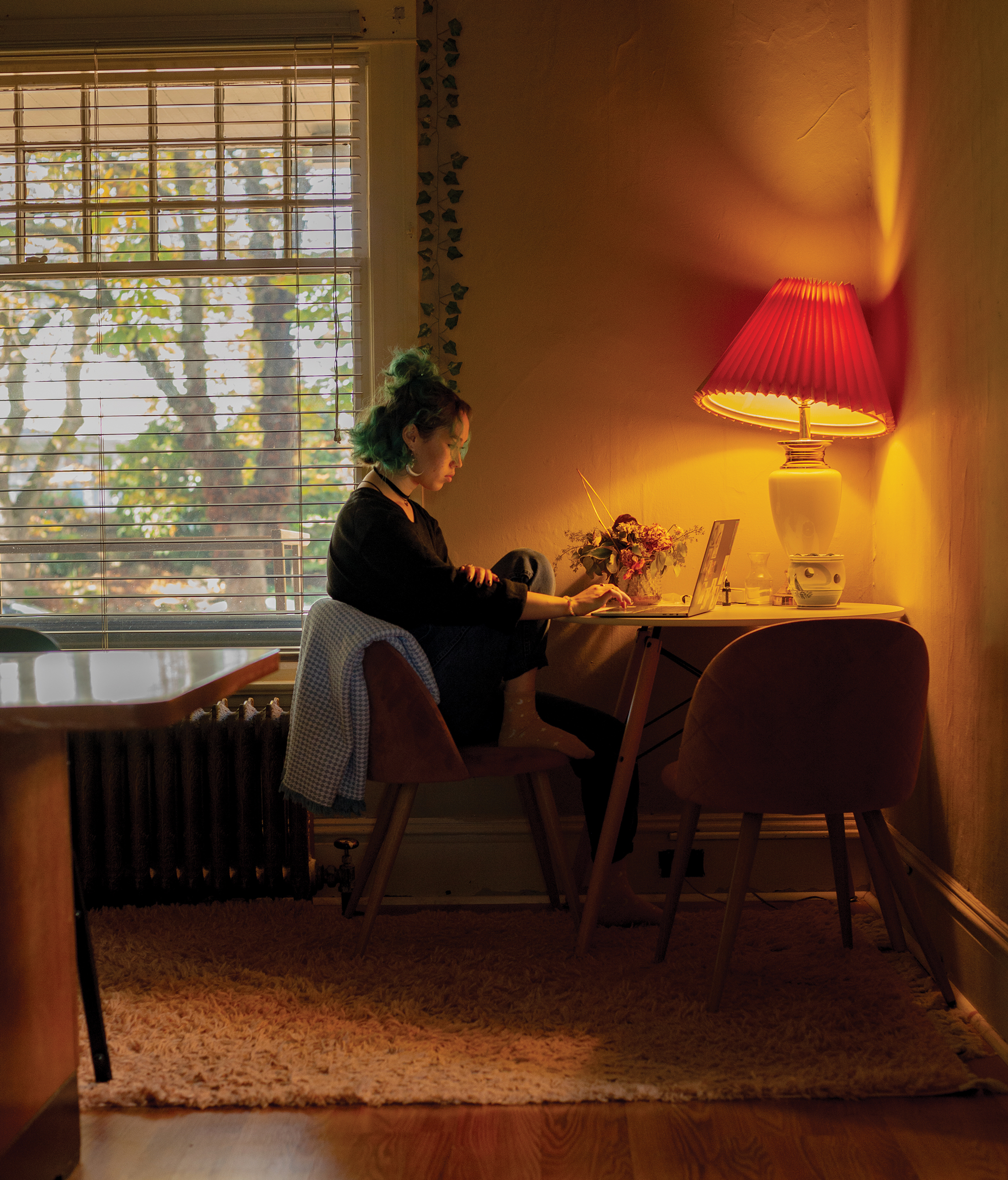 The most diverse generation in American history, they are engaged, informed, and leading the way for change on campus.

Generation Z—which represents most of the current undergraduates at the University of Washington—comprises about 60 million Americans born after 1996 and before 2010. They are more racially and ethnically diverse than any generation before them, and they are on track to be the most educated generation yet. Unlike millennials, they’ve never known a time without media devices and social media platforms. And they have nontraditional views about identity.

According to the Pew Research Center, Generation Z is more socially and politically progressive than the generations before it. The first president they remember is Barack Obama, and same-sex marriages became legal during their childhood.

The world is at their fingertips. Liberated by digital access and unencumbered by geography, they take full advantage accessing news and friends around the world through their laptops and cellphones. They think more globally and hunger for fast answers to their sometimes-complex questions.

According to the Annie E. Casey Foundation, Gen Zers are focused on social issues such as health care, mental health, higher education, economic security, racial equity, civic engagement and the environment. Diversity is their norm. Just over half are white, 25% are Hispanic, 14% Black and 4% Asian and Pacific Islander.

They are different from previous generations in many ways, says Felipe Martinez, former manager of student success at UW and now executive director of a program for international students. The members of this generation are more socially conscious and more than likely grew up in urban areas where they encountered a “vibrancy of difference,” he says. Because they saw their families struggle through the recession in 2008, they question whether a college degree is worth the investment, something less common with their millennial predecessors.

“I wish I lived in a world where my greatest fear is flunking out of math. But we’re grappling with that on top of all the stresses of our everyday reality. We can’t live a happy-go-lucky life.”

Because of their communication tools, students will hold on to relationships before college. “The challenge with that is that they keep in touch with people from back in the day, and it kind of keeps them from fully engaging in the college experience,” Martinez says. “I think that ties into the feelings of loneliness the students have shared.”

Now their early adulthood is being shaped by a global pandemic, and they’ve had to shift their communities and social engagements even further to the digital sphere. They’ve been dubbed Generation Zoom.

All these things are on the mind of Martha Tran, strategic initiatives and communications manager for First Year Programs. When she started the work of connecting with first-year students in 2014, they were very active on Facebook and tolerant of lengthy, detailed emails. But over the years Facebook has faded into territory for their parents, and they would happily be rid of email (too much spam, too much content). “Communicating with them is trying to chase them where they are, but also trying to be authentic in doing so,” Tran says.

The whole University is shifting to ensure programs and outreach are still relevant to the new generation of students and to find ways to meet them where they are most comfortable. Last spring, Corey Seemiller, a scholar and author of “Generation Z Goes to College,” shared her insights with UW staff. Gen Z builds relationships using technology and on average have more than eight social media accounts, each connecting them to different groups at different levels of intimacy. They see their parents as partners in their education and life decisions. And they often think about their consumerism and its effects on the environment.

They’re also more fiscally prudent. Their childhoods were root­ed in the economic downturn of 2008, so the cost of college makes it a hard sell for them, she said.

They think a lot about diversity, inclusion and social justice, says Maggie Fonseca, director of the Samuel E. Kelly Ethnic Cultural Center (ECC). Gen Z is one of the most inclusive, welcoming and diverse generations in history, yet the present era can seem to fall short for them. They’re striving to reconcile their own views and behaviors with the differences they see in society as a whole.

The ECC recently surveyed students about how they were doing, where they were living and what type of support they needed. More than 100 responded, saying they look forward to in-person activities and want to be part of a community that’s easy to engage in.

“I know what I know about this generation because of our amazing student employees,” says Fonseca. “I was blown away by what they were saying. I’ve noticed that they’re vocal and confident about telling you they’re having a hard time, understanding the need for self-care. They’re more comfortable talking about health and wellness.”

Gen Z is bringing higher education into a new era, says Martinez. Colleges and universities need to consider if they’re meeting students’ needs and adapt to help them best engage with the school and all it can offer. 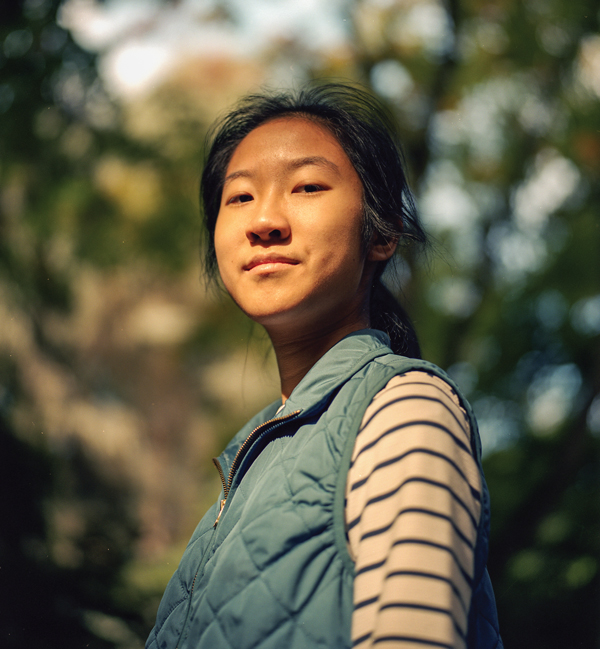 The notion that Gen Z cares about race, equity and social good is true for Wendi Zhou, 18. Last spring, she won an award from the Stroum Center for Jewish Studies for a paper she wrote about Jewish refugees in Shanghai during World War II. Her findings countered representations of refugees as passive and helpless. A scholar-in-the-works, she’s double majoring in history and philosophy.

“I’m interested in the histories of race, gender and sexuality in societies that are grappling with the legacies of racism, colonial violence and other historical injustices,” she says. “I find that relevant to the issues that I care about today.”

She has also been active in the ASUW and serves on the Office of Minority Affairs & Diversity’s student advisory board, which she is chairing this year.

As a freshman, Zhou conducted policy research for the ASUW Office of Government Relations for what would become legislation for a state-funded and state-administered student loan program for undocumented students. In April 2020, the governor signed the bill into law.

“I would describe myself as pretty bookish,” Zhou says. Simply put, she enjoys reading. She also likes creative writing, going for runs and hanging out with friends on Zoom. 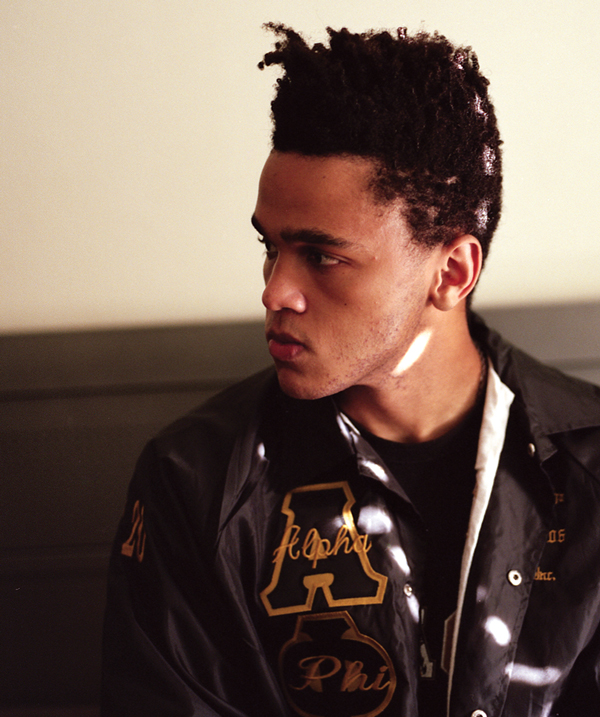 Calen Garrett, 21, would agree that he and his generation think a lot about mental health. He puts his psychology major to use as a resident advisor in McCarty Hall. He is is active in the Black Lives Matter movement and finds community in his fraternity, Alpha Phi Alpha. He is president of the National Pan-Hellenic Council’s Seattle chapter.

He wants to use his education to address mental health and inequity. “Mental illness is really stigmatized in the Black community,” he says. Add to that the challenges of finding a mental health professional of color, and there’s so much need, he says.

The last school year was tough for building community, he says. Garrett countered this by socializing with his residents online, holding group chats and meet-and-greets. “We had music Fridays. I had them make a playlist. Then I had a big speaker and I put it outside my door so we could listen to the music together from a safe distance.”

Defining characteristics? “I feel like with any generation, it’s a spectrum. The media portrays us sometimes in stereotypical ways. But I see a lot of intelligent, hard-working people in my generation.”

Digital? Definitely. “I was big into video games probably from a very early age … In a way, the internet gives us an opportunity to see a lot more and experience a lot more,” he says. “Hatred and division stems from ignorance. With the internet, we don’t have an excuse to be ignorant anymore.” 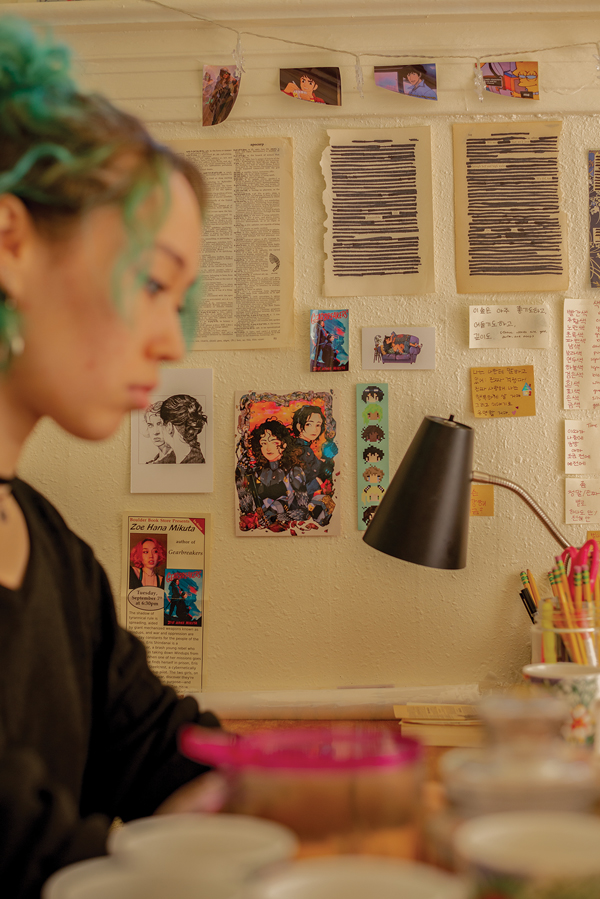 It has also been optioned for a film. Mikuta says her generation is profoundly concerned about the future and general downward state of the world: ecology, humanitarian crises. “These are definitely things I worry about. How do I help? I’m not a military person. I’m not in Stem. All I can do is write, so that’s what I do.”

The generation is accepting about difference. “We understand that you can’t really tell anybody how to experience themselves.” Decades ago, people only knew the communities they grew up in. Now computers and cell phones offer windows to different experiences, and ways to connect with people all around the world. “We’re exposed to so much over time that the definition has changed as to what is normal and who belongs where and who belongs with who,” she says. “There’s less a sense of othering.”

Mikuta makes digital friendships that turn into real life connections. Late this summer, she traveled to New York and ended up crashing on the couch of fellow writers she met on Twitter. “I was expecting it to be awkward,” she says. “But we just started talking like we always do, and I felt right at home.”

Fiscally frugal? Yes, with good reason, she says. “It’s harder and harder to find proper jobs, even with a college degree,” she says. Some of her friends question if college debt is really worth it. “I worry about money,” she says. “But I love school … I think I’ve grown so much, and I’ve really found my voice,” she says. “I’m definitely changing as a result of being in college.”