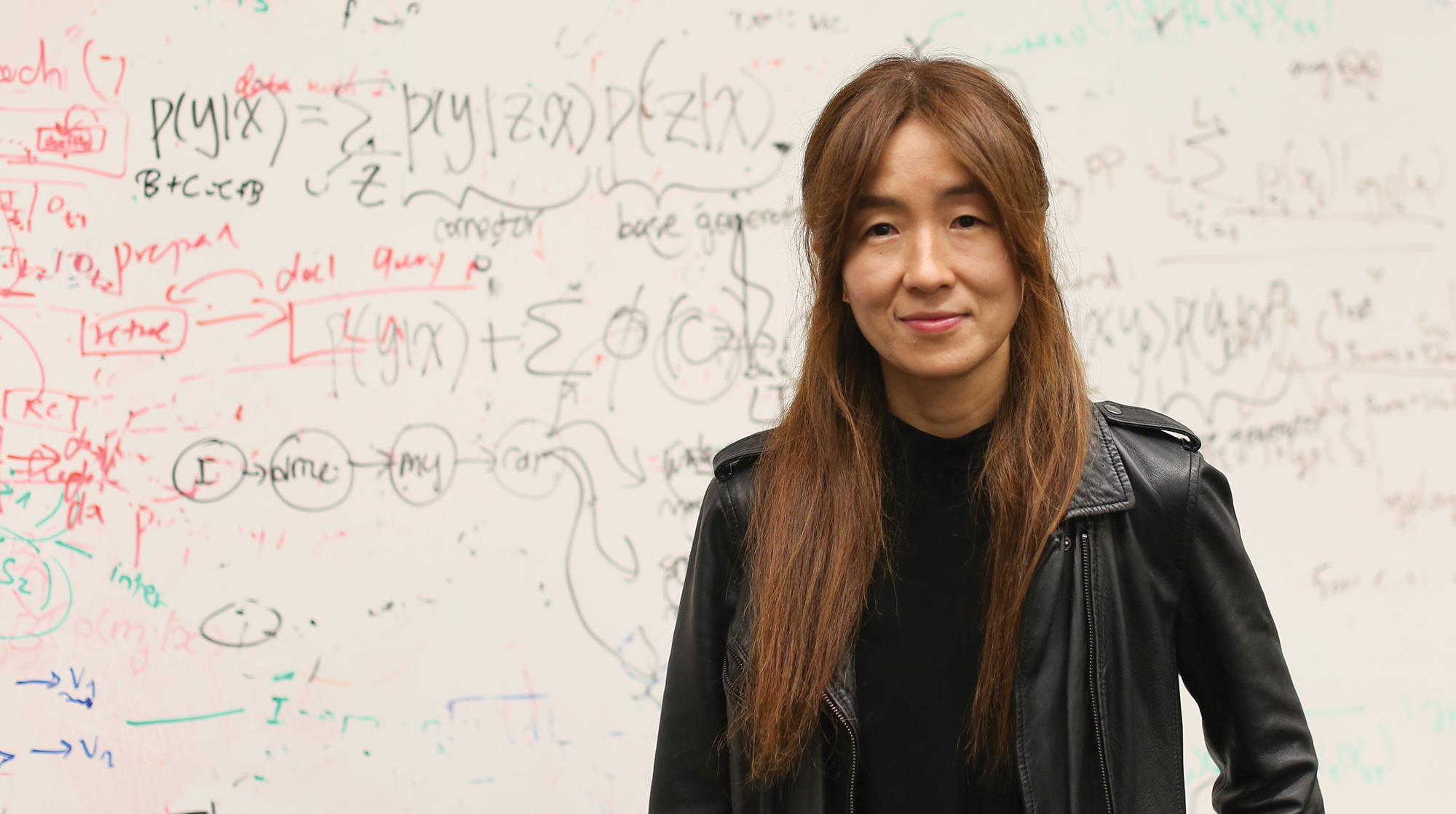 In recognition for her work with artificial intelligence and language, Yejin Choi, a UW computer science professor, was named a MacArthur Fellow in October. The honor, commonly known as the “genius grant,” comes with an $800,000 stipend for her to use as she chooses.

Choi’s expertise is in natural language processing. She works on AI systems that understand implied meanings in human language. Rules-based models, like logic or probability, are too rigid to make sense of nuances that most of us understand when we talk to each other.

Choi has already pushed the field of natural language processing. One example is combining both visual and text inputs for these systems. Traditionally, models are trained solely with text inputs, but Choi has designed models with both text and image inputs that reinforce each other, which better mimics how people acquire knowledge about the world.

In another line of work, Choi uses computational linguistics to help AI identify deceptive intent or sentiment in writing. For this project, the research team designed a method to automate accurate detection of fake online consumer reviews. Choi extended this work to include assessing news articles based on intent to deceive as well as categorizing the articles as “hoax,” “satire” or “trustworthy.”

Recently, Choi’s team developed Ask Delphi, a research prototype designed to make AI more ethically informed. When presented with a moral dilemma—such as ignoring a supervisor’s phone call during working hours—Delphi weighs in on whether the situation is OK. Choi led the Delphi project through a joint appointment at the Allen Institute for Artificial Intelligence.

Choi says she hopes to use the stipend to pursue important, though potentially risky, research ideas. “Taking the road less traveled may seem exciting at first, but sustaining this path can be lonely, riddled with numerous roadblocks and disheartening at times,” Choi says. “This fellowship will power me up to go ahead and take that adventurous route.”

In the award announcement, the MacArthur Foundation said, “Choi’s research brings us closer to computers and artificial intelligence systems that can grasp more fully the complexities of language and communicate accurately with humans.”

Joining Choi in the roster of 25 genius grant awardees this year is Martha Gonzalez, ’13, an associate professor of Chicanx/Latinx Studies at Scripps College. As a musician, scholar and artist/activist, Gonzalez develops collaborative methods of artistic expression that build community and advance the principles of social justice. Her UW doctorate is in Gender, Women & Sexuality Studies.