George Tramountanas, '93, turned personal tragedy to big-screen comedy in his new feature film about a unique incentive for weight loss. 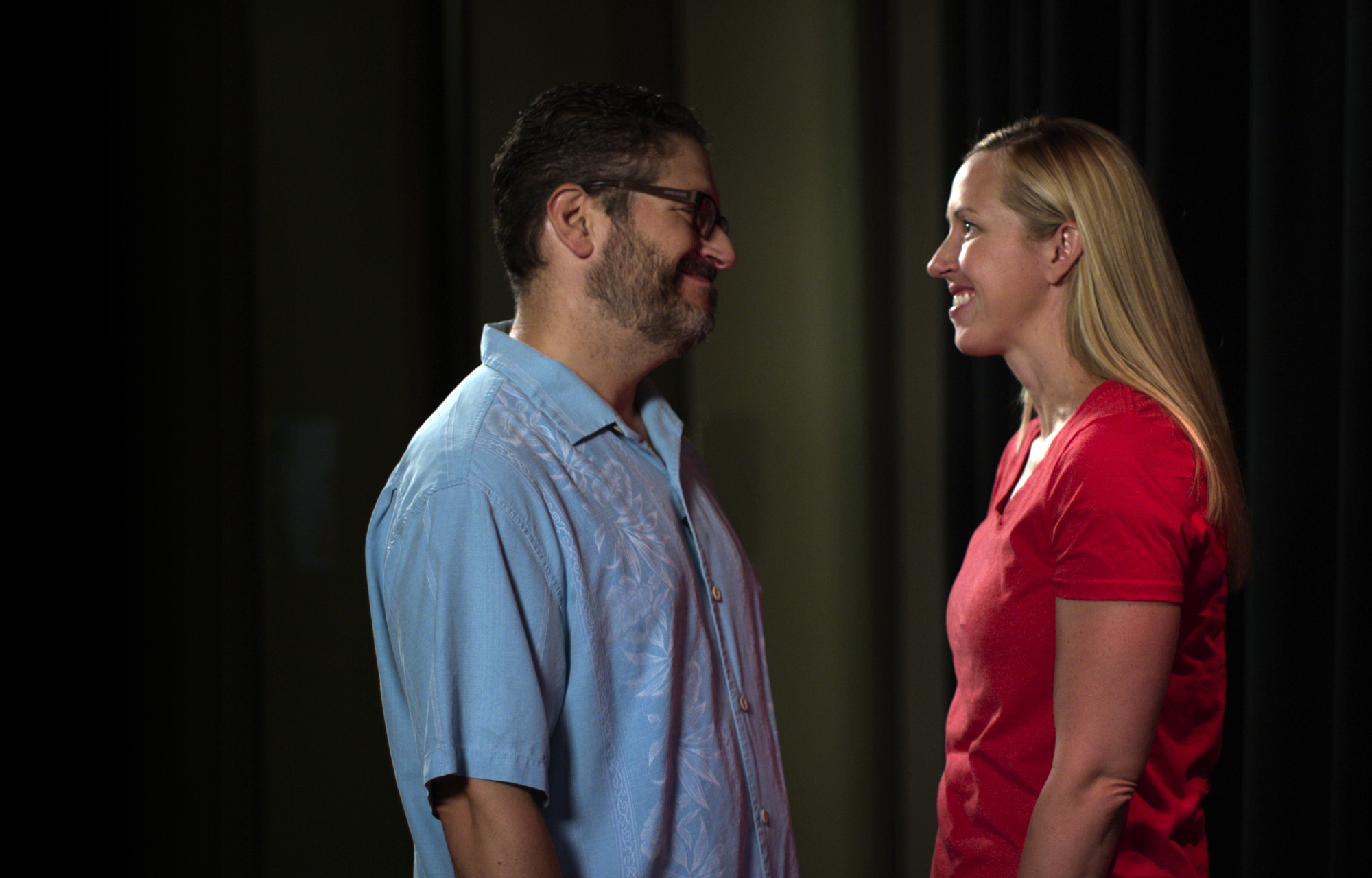 Losing weight is one of those challenges that torture many of us. But in his new feature film “Win a Trip to Browntown!” writer-director-producer George A. Tramountanas, ’93, introduces an unusual incentive in the struggle to move the dial on the scale. Film festivals nationwide have taken notice, as have distributors. “Win a Trip to Browntown!” is receiving North American distribution via Gravitas Ventures and will be released on most major streaming platforms beginning March 22. 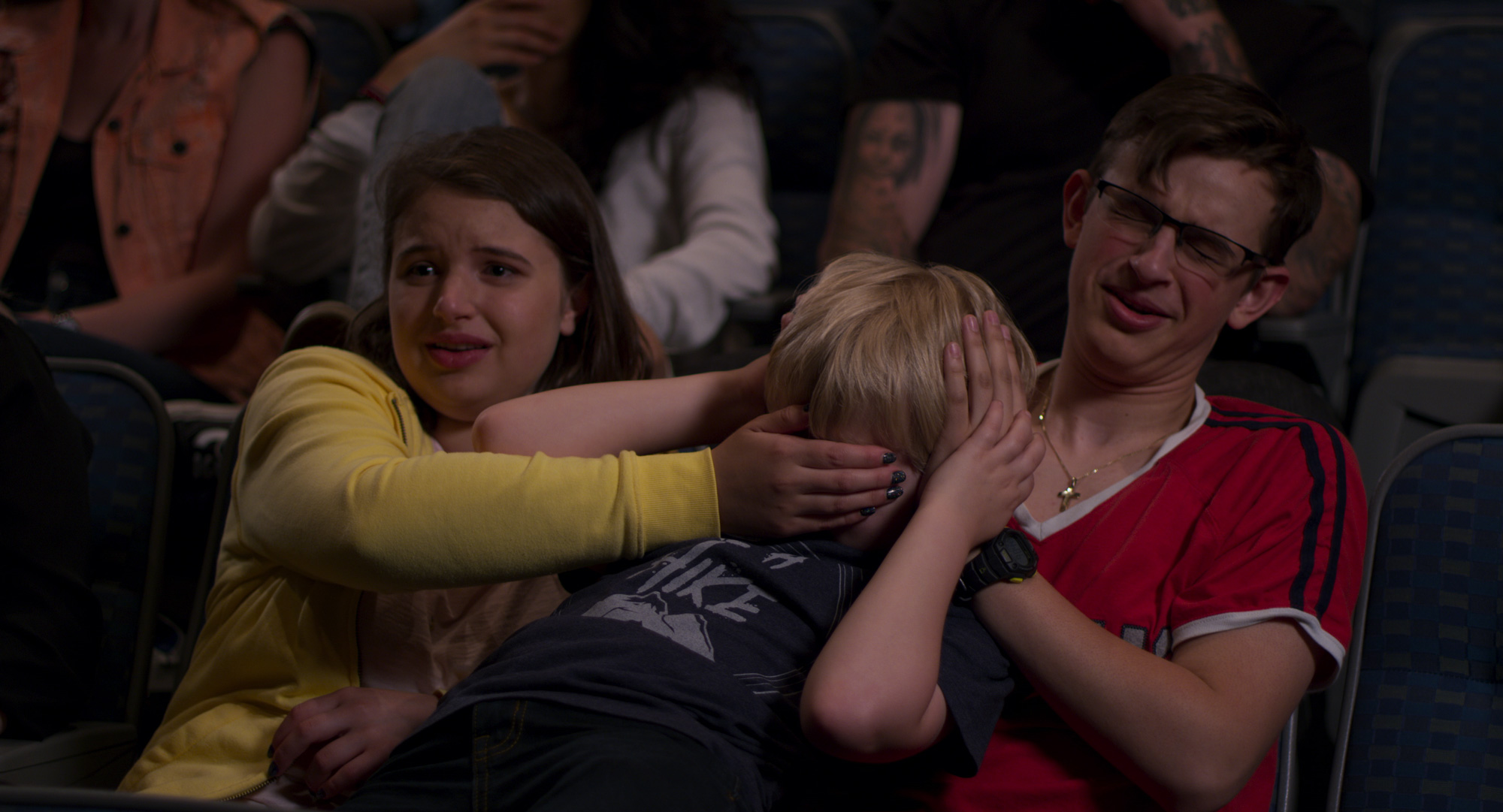 “Win a Trip to Browntown!” might not be suitable for children, but adults can watch the trailer online.

It’s pretty heady stuff for the son of a Greek immigrant who spent his early childhood “roaming Ballard in its pre-condo days.” As a senior at Bishop Blanchet High School in the ’80s (he has the acid-washed jeans to prove it), Tramountanas went on to become a Washington Scholar and matriculated at the UW, just like his dad, mom and younger brother.

He joined the UW chapter of the American Marketing Association, and one day a film publicist visited the group. He was so inspired by what he heard that he decided a profession working with movies was his calling. While he loved the idea of working in movies, he didn’t make films as a student for a couple of reasons: it was difficult and expensive back then in the analog world. But he loved storytelling and the ways to tell stories visually. And he was nuts about comic books and films.

After graduating with his business degree, he wasn’t exactly over the moon about the job possibilities he came across and thought if he had to work long hours, why not do it in the film biz? He talked with a family friend who knew someone that worked in Hollywood, and voila, he landed an internship at Paramount Studios. That led to another internship, which led him to being hired as an assistant to Oliver Stone. And that experience led to a job at Disney Studios’ TV division.

Working in the entertainment industry was great but Tramountanas really wanted hands-on training in filmmaking. He applied to USC’s famed graduate filmmaking program and after a bit of a struggle to get accepted, USC finally said yes. Film school was like Disneyland to him.

“It was an eye-opening experience,” recalls the North Seattle resident. “Meeting people from all backgrounds, taking all film-related classes.” The class work? “We had to make a Super 8 movie every three weeks,” he says. The biggest lesson he learned? “How to take criticism,” he says. “Two-thirds of the class didn’t understand my first Super 8 movie.” 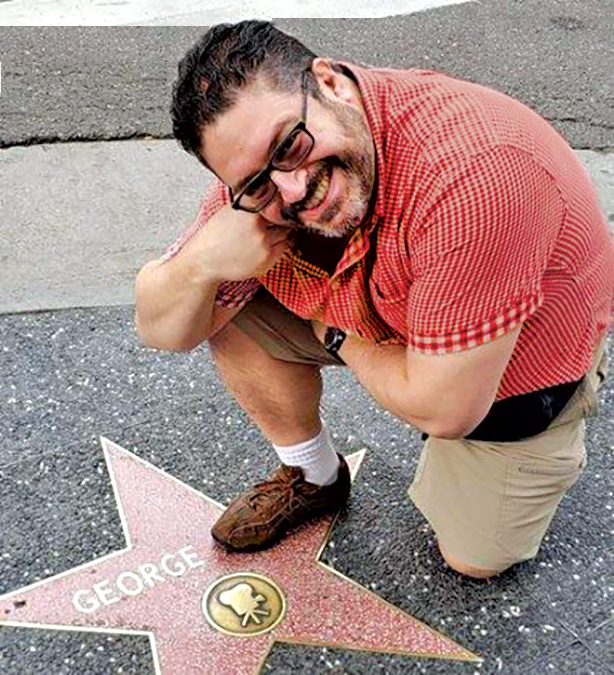 Tramountanas moved back to Seattle from Los Angeles in early 2000 after film school. He worked in a series of business-related positions (including comic book journalist), but kept his hand in filmmaking, writing several screenplays. Then, in 2016, his mother was diagnosed with cancer and died in August of that year. Due to the stress of that situation, he put on quite a few pounds. The November election added to his state of mind by leaving him feeling stressed and anxious about the future. Tramountanas wanted to lose the weight – and he wanted to laugh. That’s when the premise of the film came to him. “I asked myself, what could motivate a middle-aged family man to lose a bunch of weight, short of someone offering him a million dollars?”

He decided that if he was going to write about the idea, he would make the film himself and act in it. “I would have preferred not to have worn all the hats of writer, producer, director and actor, but at the end of the day,” he says, “it was the only way I could ensure that the story I wanted to see would end up on the screen.” He also lost more than 50 pounds over the three-month shoot.

Tramountanas had also kept his hand in the field by teaching night classes at the Seattle Film Institute, everything from screenwriting and documentary filmmaking to giving seminars on what it is like to work in Hollywood. He’s proud as a papa to share that several of his students have moved to Los Angeles and New York to embark on their own film careers.

As he ponders his next project for the screen, Tramountanas would really like to see the Emerald City make it easier for film production here with better business incentives. And he’d love to see his alma mater develop a more robust filmmaking program. “UW has some of the greatest tech resources and most brilliant minds in the country, so I’d love to see what they could do in movies,” he says. “And if they need a teacher, I’m available!”