The seven winners of the UW’s Distinguished Teaching Award talk about what happens in their celebrated classrooms.

As told to Jonathan Kiefer | Photos by Mary Levin

On the very first day of class, I write a little computer program, where you feed it numbers and it spits out numbers and sometimes yes-or-no answers. I’ve programmed it to do certain things, but I don’t do much in the way of explanation. I just give students free rein to start thinking about what this box is doing. And then of course they want to know the answer.

And as hard as it is — because I’m sympathetic to wanting to know the answer —I don’t tell them. I don’t tell them what the program did. Because this is already much more than you’d be given in a natural system. You’re given only the sort of agreement between your ideas and the data that you happen to have.

So you’d love to have Truth with a capital ‘T,’ but you’ve got truth with a little, provisional ‘t.’ And you’re contributing to a continually evolving, continually changing set of ideas about the natural world that can always embrace new data points. There is something empowering and liberating about that.

If you’re an experimentalist, what you do is manipulate and then listen. You take an active role in creating a world, and then you listen to what the created world tells you. But it’s still fundamentally about listening. And not having somebody tell you the answer.

I like giving students a lot of independence to choose their own direction, and to be responsible for what they’re coming up with — as opposed to the heavy-handed approach where they become very reliant on the instructor. So when I got here I started oral presentations, which they’d never done before. They’d have to talk about their work in front of an audience.

The first time we did it, it was a disaster. But we kind of regrouped and it soon developed into something that’s become very useful, going on for 19 years now. It makes them slow down and actually think about what they’re doing. That’s a real struggle for most of us, to reconsider assumptions.

One thing about ceramics or the other craft materials, like wood or metal or fibers, is that there’s a huge amount of technique involved before you can actually manipulate it the way that you want to. To learn how to fire a kiln properly or to throw a pot can take years. So you find a lot of students who get caught up in the technique. Like, “Oh, I finally got that red glaze!”

But I was interested in putting the questions first, like, “Why do you want red to begin with? Because it’s hard to get, or because you really have a deep-rooted aesthetic reason for wanting that particular red?” One of the most rewarding things to see is the difference between where they start and where they end up.

As a country, we don’t have a very sophisticated way of talking about racism. It’s all very simple: You’re either racist or you’re not. So there’s not a very complex understanding of how racism continues at a structural level, not just at an individual level.

What happens to me all the time in my classes is that I get a number of white students who, as they start to learn about racism, are really undone by it. There’s so much frustration and guilt, and they just don’t know what to do with how bad they feel about things that have been done, so to speak, “in the name of whiteness.” I’ve thought about that a lot, and I work with that. I’m trying to get them to be a little less attached to the thing itself, to not be so caught up in identity. And in 10 years, I don’t think the students will have the same response.

My teaching tends to have a bit of emotional energy. Where do you locate your own feelings about what’s right and what’s wrong in the world? I try to get students to think about how they know what they know about their world: where they are getting their knowledge.

There’s no question that the complex route that I followed for my education plays out in my teaching — in terms of truly working hard to believe in students, and to recognize the potential ways for students to feel like they’re not believed in. The message I give is that they belong here. 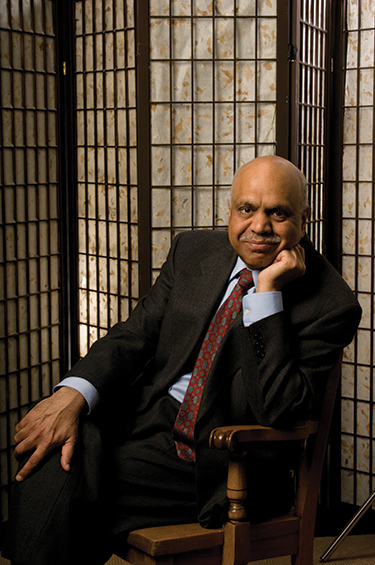 Before I was teaching, I was working in finance, and I could see that the corporate ladder was not for me. Because the people three or four levels above me were doing very much the kind of thing that I was doing — as opposed to something with any intellectual challenge that I could see. It’s like, “OK, you got more money and more power.” But that was not really very exciting.

Teaching is different. And as it turned out I really loved teaching accounting. I have a group of M.B.A. students who come from very different backgrounds. I am walking them through what financial accounting is all about and how to use it in their fields.

Because all the people that we have in the M.B.A. program are managers, but very few of them have a clue as to what accounting is about; financial statements make no sense to them because they’ve never been taught how to read these things and how to understand them.

Practically every quarter I have a student who says something like, “You know, I manage the financial statements for my condo society, and now suddenly it makes a whole lot more sense. All I was doing was filling out forms, but now I can see the context and ask the right questions.”

I keep thinking it’s very strange. That’s something that practically everybody who lives in this society is going to have to deal with, but we never teach it, except to a very select group of business students. So I find doing that very satisfying. 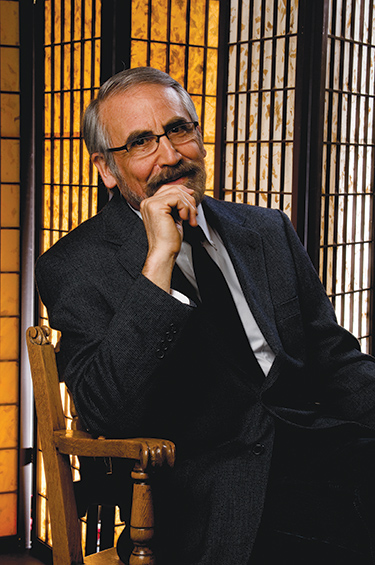 I wasn’t really planning on going into teaching, and I would have gone anywhere to study — even to an institute that didn’t offer teaching. But I came here, and I said, “Fine, I’ll do it.” I found that I could really talk to students. In a sort of plain way, using a lot of metaphors and a lot of humor. I mean humor that I wasn’t really preparing for; it just kind of came to me. I make reference to some brain system working the way a toilet works: If you flush it, water comes in, until it activates a valve and it stops. Things like that.

Or, my kids introduced me to that movie Dude, Where’s My Car? And there’s this part where they order Chinese food and the guy says, “And then?” And he keeps repeating it. “And then?” Once I was saying something about a brain system, and I started doing that. “And then …” And the students who got it, I didn’t have to tell them what it was from.

OK, sometimes I laughed at my own jokes more than the students did, but it didn’t matter. I think the students appreciate it when you can give the material some lightness — that you’re not taking it too seriously. I also bring in a rubber brain that I threaten to throw at them. 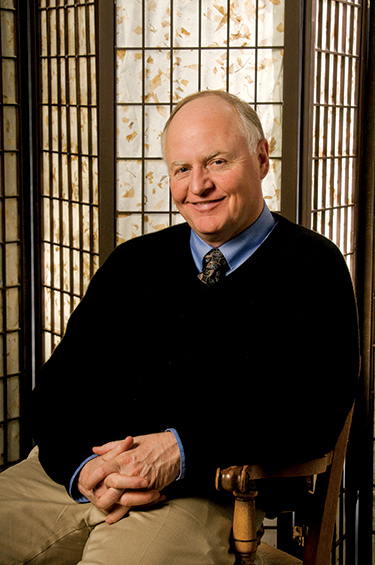 One of the factors demographers use to determine how many prison beds they’ll need in 15 years is reading scores at the third-grade level. There’s a high correlation between student achievement and people growing up and living in poverty or becoming criminals. So I try not to let the students lose sight of the fact that this is important work.

As school principals, you’re at the front lines of the wars on poverty and crime. When I was a young man, I guess I was pretty cynical and hardened and sarcastic, but I realized that the only thing I could really attach some meaning to was service. And I still believe that today. That’s the only thing that makes sense to me in this world, that we need to serve others — and the most noble service I think is to young people.

Now, don’t think it’s always entirely altruistic. It’s what makes me happy, so in some ways you could even say that it’s hedonistic. It’s how I derive satisfaction. And I also teach my students that one can have plural motives, you know? It’s OK to want to strive and succeed and become a leader and a superintendent, with a title on the door and a higher salary — those motives are all OK. As long as they’re accompanied by another motive, which is related to serving the children and the parents and the staff and the teachers who work for you. 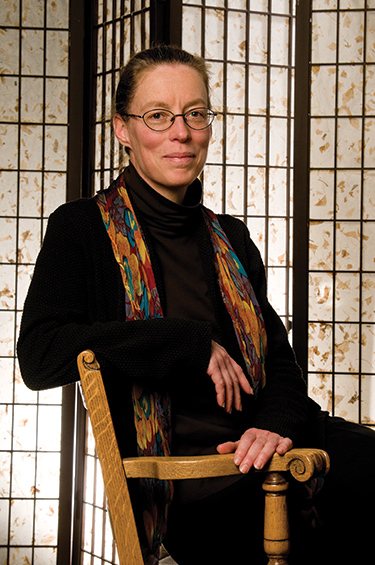 There’s a certain amount of theater in teaching. I’ve realized, for example, that it doesn’t matter if you give students a list of things to bring into the field; they’ll still bring things they want to bring, like extra makeup and hair dryers and flip-flops. So we started modeling field gear in class. All the things you might have to wear on the outer coast of Washington when it’s cold and stormy, I’d wear that stuff to class.

There’s only so much, honestly, that you can learn in a classroom. Even using multimedia and videos and stuff: it’s not the same as going out and getting wet. It’s great to see students get out there and realize that the ocean is not just something you lie next to when you go to the beach. It’s this living breathing beautiful terrible, interesting place, full of all kinds of organisms and habitats.

One of the things that’s hard to do is to let students know that they have permission to delve deeply into science, not save the world starting next week. I really do think that if we end up rushing to save things without learning how those things work, from species to habitat to ecosystem, we are only doing ourselves a disservice. That’s one of the biggest challenges we face in conservation today. We’re losing the people who know the names of things and how things work in the wild world, even as we’re gaining people who are well-versed in policy. The biggest challenge is showing how the depth of knowledge is relevant to the crisis that we face.