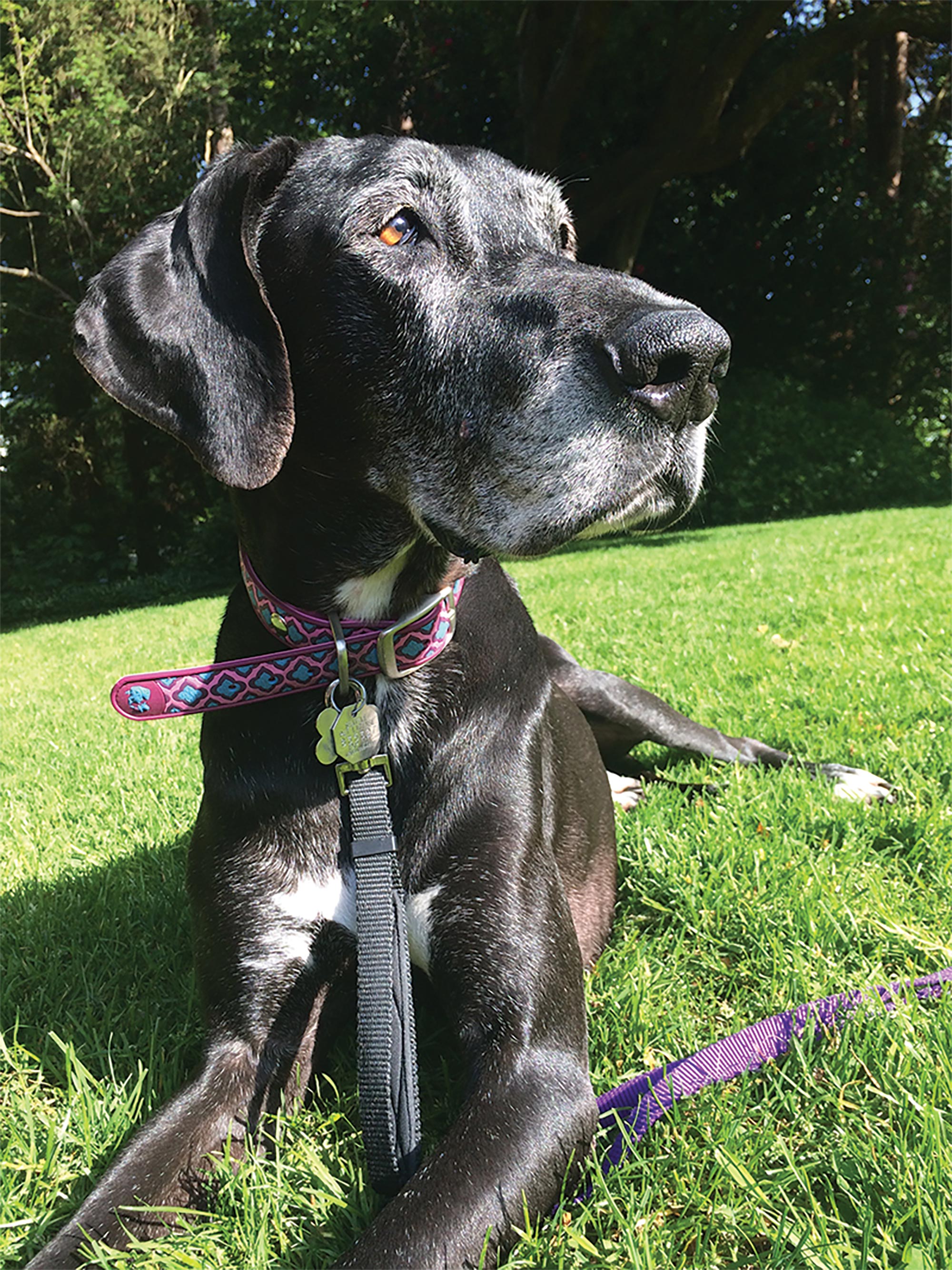 The UW is seeking canines to study their health as they age.

The story between humans and their dogs is one of the most enduring and least complicated, and it’s the underpinning of a new UW-led national study on aging.

More than 12 years ago, Daniel Promislow, an evolutionary geneticist, read a scientific article about the role a single gene has in making some dogs as big as Great Danes and others as small as Chihuahuas. The piece prompted him to think about the role the same gene might have in the life span of dogs. “It reminded me that in dogs, the larger breeds are shorter-lived,” he says. That is not the case for most mammals, where larger species usually live longer. For example, some very large whales have a life span of more than 150 years while a typical medium-sized orca may only live to be 70.

Thinking about life span put Promislow on a path to explore how genes and environmental factors contribute to how long and how well dogs live. Today, he is the principal investigator of a major National Institute on Aging study called the Dog Aging Project that started recruiting participants—dogs and their owners—in November. The results of the $22.8 million, five-year study, based on data collected from 10,000 dogs, will not only improve our understanding of canines, Promislow says, but could also provide insights into human aging.

“Dogs get the same diseases humans do. They live in the same environment that humans do. And they have a health-care system that is second only in sophistication to humans,” he says. Yet they’re far easier and less expensive to study than humans. So when it comes to studying aging in a real-world setting, Promislow and his research partners see dogs as a bargain.

The diseases dogs get differ from breed to breed. So do their behaviors and their life spans. “We saw an opportunity to really tease apart all the factors that contribute to not only what diseases they get, but also which dogs will be healthy agers and why others will not,” Promislow says.

The researchers are interested in all dogs—large and small, young and old, male and female, spayed and neutered or intact. And they need owners to complete a survey about their dog’s health and life experience. Both Dubs I and Dubs II as well as President Ana Mari Cauce’s Cavalier King Charles Spaniel have joined the research pack.

This is a way of bringing people together around a scientific pursuit and a common interest, Promislow says. “We all share a love of dogs.”

About 10,000 dogs will move on to the next phase of the study: genome sequencing and the sharing of medical records. The owners are partners in the study, acting as citizen scientists by collecting and contributing data. Because it is an open science project, all of the information collected will be made anonymous and available in the public domain.

From that cohort of 10,000, about 1,000 will share more of their biology, including samples from their fecal microbiome and blood and more details about their environments. The biomarkers from all this will help with prediction, diagnosis, prognosis and treatment and prevention. “This is doing precision medicine,” says Promislow. “Only with dogs.”

Matt Kaeberlein, professor of pathology and co-director of the project, will lead a double-blind study of a drug called rapamycin that could improve the dogs’ health and life spans.

The project is what Promislow describes as “big team” science and includes experts from the schools of medicine and public health, the College of Arts & Sciences, Seattle Children’s and the Fred Hutchinson Cancer Research Center. The NIA grant funds the first five years of what the researchers hope will be at least a 10-year study. To enroll your dog, visit dogagingproject.org.

Pictured at top: Shadow, a Great Dane rescue dog, and her family were among the first participants in a study to explore the genetic and environmental influences on aging.