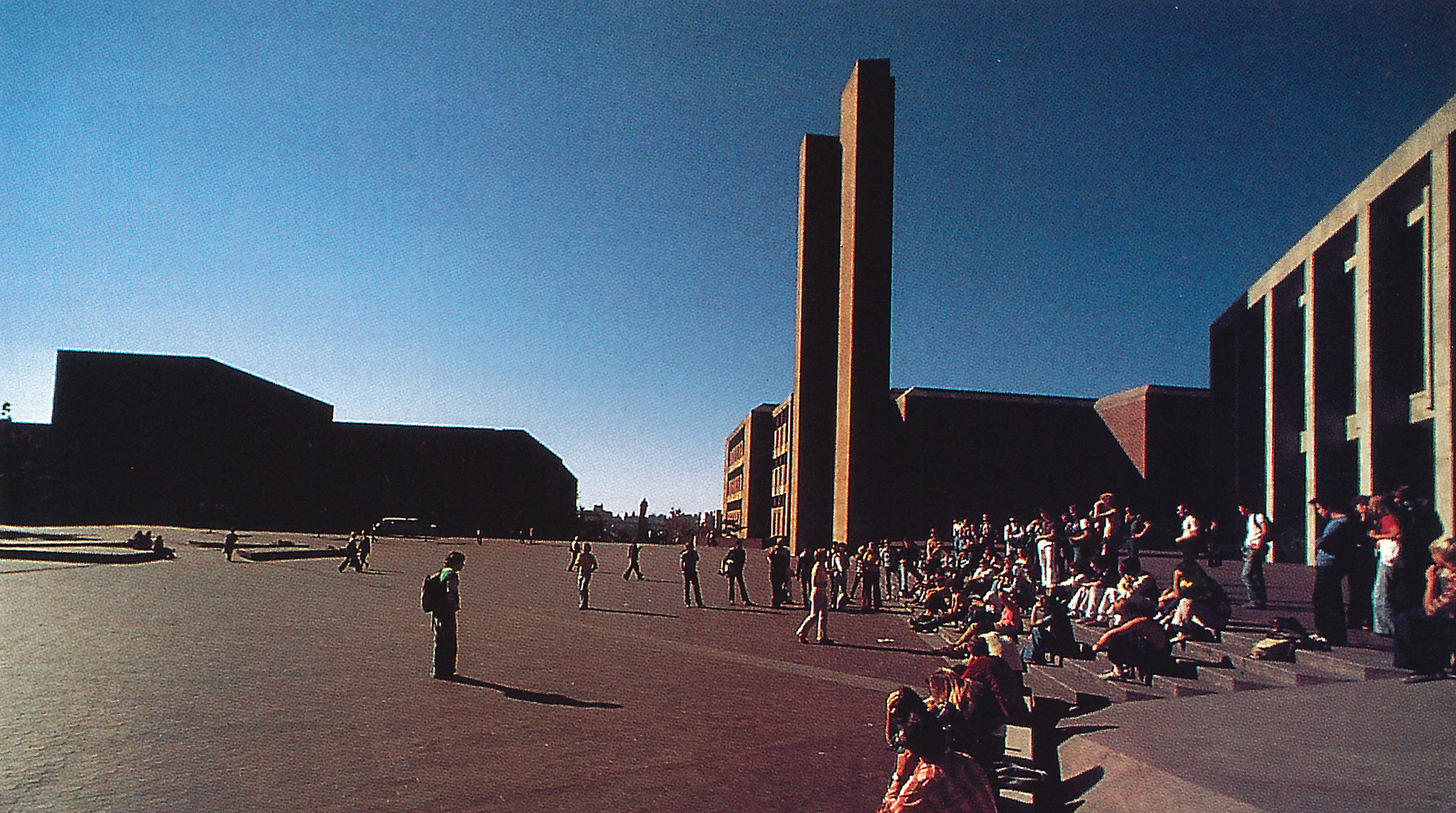 Its official name is the Central Plaza, but if you ask for directions to the Central Plaza on campus, you'll get blank looks from students, faculty and staff. "Oh, you mean Red Square," they will answer when you describe the red brick plaza in front of Suzzallo Library.

Some UW officials cringe at the nickname, since “Red Square” refers, of course, to Moscow’s most famous public space. In the heyday of the Communist Party, it was the site of the notorious May Day parade, where the Soviet Army showed off its might and its latest weapons.

Tweaking the establishment was one of the reasons former Daily Managing Editor and ASUW President Cassandra Amesley, ’77, ’81, first used the term. “Somebody wrote a letter to the Daily suggesting we call it that,” she said in a 1975 Seattle Times article. “There had been a lot of suggestions for names. I just picked that one as the one I thought would be best. It was a whole big expanse of bricks and it was, you know, depressing, and it was red.”

Some of the other suggestions in issues of the fall 1971 Daily included “The Eyesore,” “The Wasteland,” “The Prison Yard” and “The Brickyard.” But Amesley, who just used “Cassandra” as her byline, made it a personal crusade to get “Red Square” to stick. And stick it did, to this day.

Older alumni remember the days of grass and footpaths where the brick plaza now lies, and some have even offered to pay for sodding over the space. But campus designers wanted a brick plaza at the site since the 1915 campus master plan. Due to the heavy foot traffic, grass would be trampled to death anyway. The weight of the grass and soil could damage the roof of the underground parking garage beneath the plaza. Besides, could UW students ever get used to calling it “Green Square”?