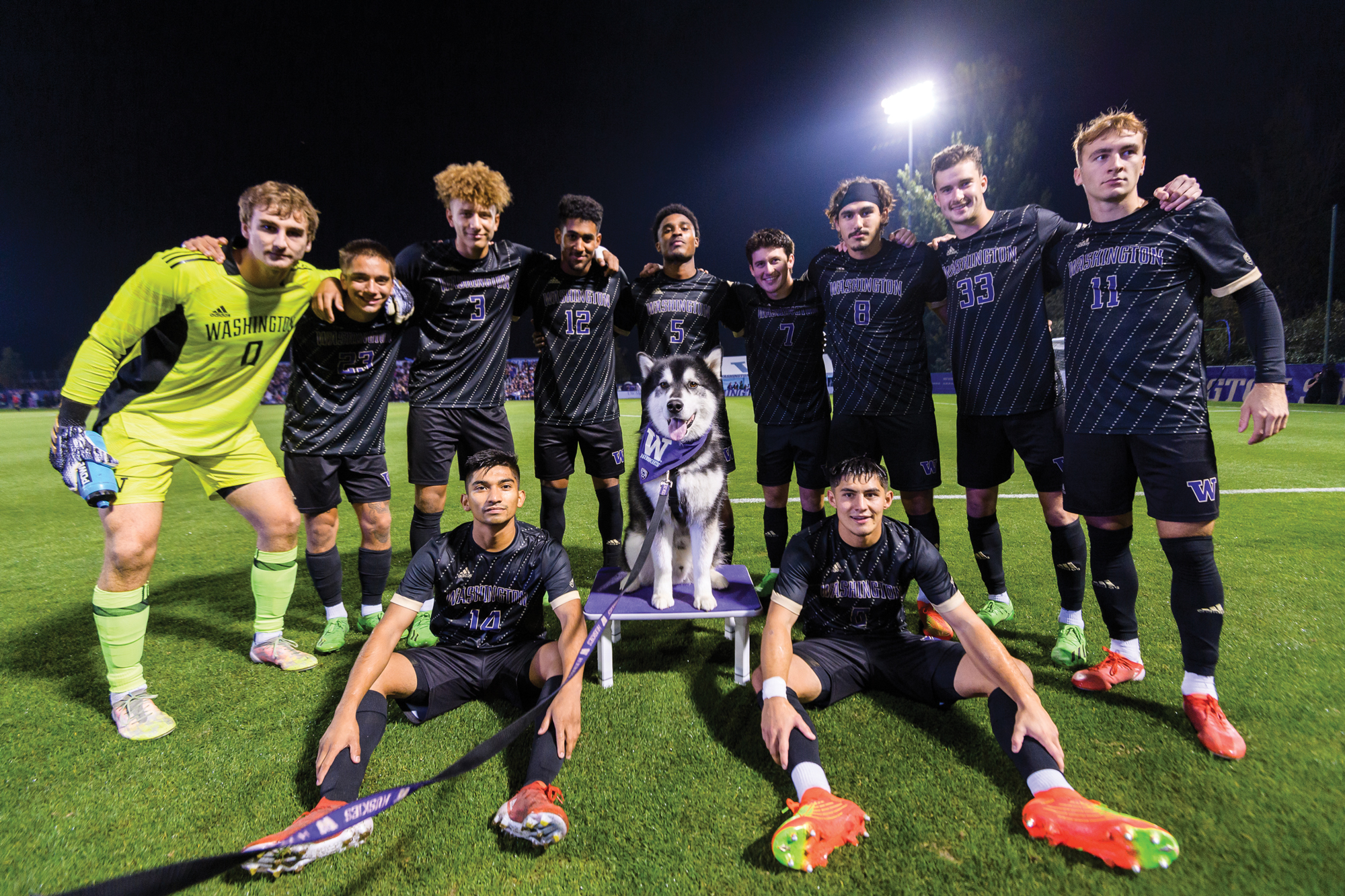 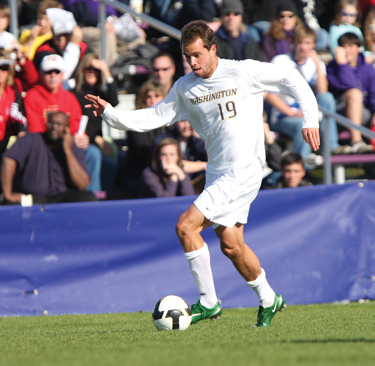 When No. 1 Washington hosted No. 5 Stanford on Oct. 6, it was much more than a critical Pac-12 soccer match between two of the nation’s best teams. It was the second annual DP Night to raise awareness for sudden cardiac arrest and honor the memory of the late Daniel Phelps, a Husky soccer alumnus who died from sudden cardiac arrest in December 2015 at just 27 years old.

With more than 2,000 fans in attendance, including Seattle Sounders teammates Cristian Roldan (a UW alum) and Jordan Morris (Stanford alum), the Huskies defeated the Cardinal 3-0 on a night where hearts and minds were focused on paying tribute to the fallen player whose work ethic, charisma and outlook on life made him the kind of person everyone wanted to be around.

“DP Night is special because all the players wear tops with No. 19 to honor Daniel, and it brings the alumni back together to share stories and reflect on the love and laughter Daniel added to our lives,” says Adam Lang, ’10, Daniel’s Husky teammate and best friend.

Fans at Husky Soccer Stadium were able to get autographs and pictures with Roldan and Morris, the Seattle Sounders stars and U.S. World Cup squad members. And throughout the match, stats on sudden cardiac arrest were displayed on the big screen and fans could learn CPR and see just how simple it is to use an automated external defibrillator (AED).

The DP Foundation, which runs DP Night and an annual charity golf tournament called the DP Open, was created by Lang to honor Daniel and save and support young lives. They save lives by placing AEDs in the community and donating money to the Nick of Time Foundation to help fuel their youth heart screening program in Western Washington.