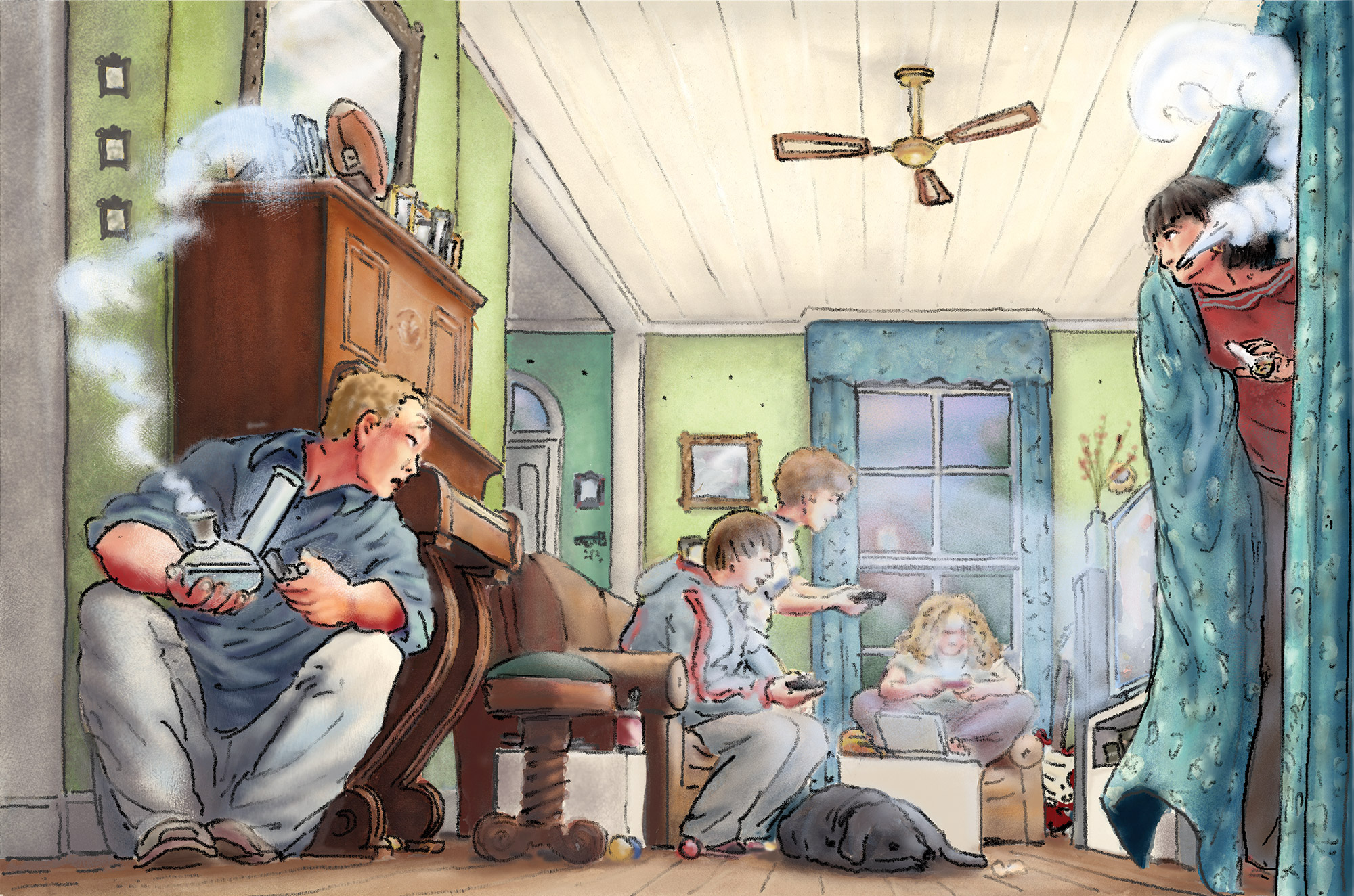 If you use marijuana, will your kids do the same?

What effect does a parent's marijuana use have on kids? We asked a UW researcher.

Children are more likely to use marijuana if their parents smoked during adolescence, according to new research from the UW School of Social Work. The greater risk—about 2.5 times higher than children whose parents abstained in their youth—holds true even if the parents no longer use pot. Now that recreational marijuana is legal in 11 states (including Washington), Marina Epstein, research scientist at the Social Development Research Group and lead author of the recent study, says we should be asking more questions to help parents and doctors better understand the generational impact of pot use.

Why would a parent’s teenage habits impact their kids’ marijuana use?

That’s the trillion-dollar question. It could have something to do with how parents communicate about drug use with their children. Maybe they’re more permissive because they think, “Oh, I did it and I turned out OK.” Maybe it’s a mental health issue. Maybe the parents who used marijuana in adolescence are heavier drinkers. There are many things that could be going on. It would be fascinating to dig into that.

If a parent never smokes around the kids, only uses edibles and locks away marijuana, are kids still more at risk?

Parents might not be as good at hiding their marijuana use as they think they are. Having been a kid, I would say that kids are very observant and curious. But I don’t have an answer to that from this study. For this analysis, we just asked parents if they used in the past year. We didn’t ask whether they used in front of their kids.

Are your findings even more relevant now that marijuana is legal in some form in 33 states?

For a long time, we lumped marijuana together with other illegal drugs. Now we just have to be much more nuanced. We have to think about it more like alcohol. There’s nothing illegal about parents or adults using marijuana, but more information about that use needs to be teased out. How frequently do people use? How long have they been using? All of these things play a role in determining risk for children’s use. From this study we know that parents’ history matters, so we need to account for that.

What can parents do (whether they’ve used marijuana in the past or not) to reduce the likelihood that their kids will use?

It’s not like they can go back and change their history [with marijuana]. Even if they’re using now, they can still be effective. We just need to empower parents to talk to their children and set clear guidelines about their expectations. With legalization, obviously the availability of marijuana has skyrocketed. Many of the parents [from an earlier study] we interviewed expressed confusion. They weren’t sure how to talk to their kids about marijuana, how to craft a message. In my next study, I plan to test whether our existing tools—the kinds of parenting skills we know help keep kids from using drugs—still work if parents are using marijuana themselves.