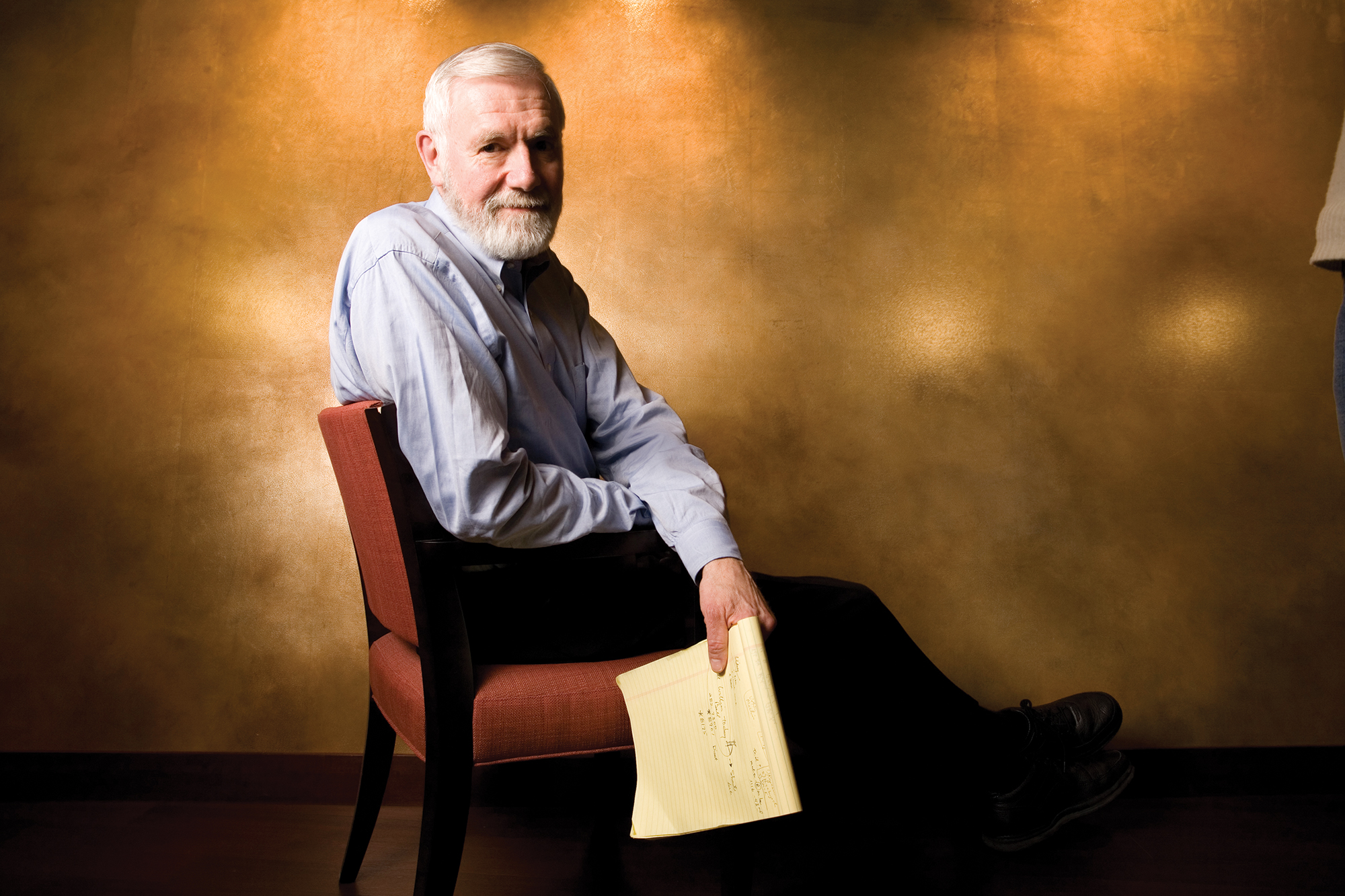 William Foege, ’61, was instrumental in wiping smallpox
off the face of the Earth. The lessons he learned
in that fight can be useful as we face COVID-19.

“The arrival of a new vision just when people think they have worked to the maximum, gives them new energy, allowing them to push beyond their previous limit.”
— William Foege

For two summers in his late teens, William Foege worked for the U.S. Forest Service, fighting fires in Washington and Oregon. “The principles were simple and drilled into us repeatedly: separate the fuel from the flames and the fire stops.” These words come from “House on Fire: The Fight to Eradicate Smallpox,” a book Foege wrote in 2011 that covers 50 years of a life devoted to improving public health and documents the elimination of a scourge that killed millions of people over centuries.

More than any other single person Foege, ’61, a UW School of Medicine alumnus, is responsible for wiping smallpox off the face of the Earth. The virus was declared DOA in 1980, about 170 years after Edward Jenner discovered that a cowpox vaccine was effective against smallpox. While Foege, who is in his 80s and dealing with health issues, could not be interviewed for this article, his book offers clues to some of the strategies that could mitigate COVID-19.

Of fighting forest fires, Foege wrote: “Water was almost never available to douse the fire. Our basic tool was a Pulaski, a combination ax and mattock that made it possible to cut down trees, chop logs in two, and dig a fire trench all with the same tool.” Working in shifts, Foege and another firefighter would contain the fires as quickly as possible and then head to the next hot spot. The strategy he developed to end humanity’s most feared affliction harks back to the forest firefighters’ handbook.

It all started in Nigeria, where Foege served as a medical missionary in the mid-1960s. When a mass-inoculation campaign was yet to be launched, a sudden smallpox outbreak occurred almost before Foege and his fellow doctors could pack their little black bags. At the time, the conventional wisdom was to inoculate everyone—but there wasn’t enough vaccine to go around.

In effect, Foege had dug a trench around the blazing fire of smallpox infection and that stopped the burning.

So Foege and his colleagues decided to look at the outbreak from the virus’ point of view: “If we were smallpox viruses bent on immortality, what would we do to extend our family tree?” The answer: Find the nearest susceptible person in which to continue reproducing. Foege then set about vaccinating the people closest to current smallpox patients before the virus could reach them. Foege and his colleagues used market patterns and family patterns to predict where the virus would spread and inoculated where it made sense instead of mass vaccination.

The result of this innovative surveillance-and-containment strategy? The outbreak was stopped in its tracks. In effect, Foege had dug a trench around the blazing fire of smallpox infection and that stopped the burning. Public health authorities previously believed that they needed to inoculate 80% to 100% of the population to stop the disease. Foege was able to accomplish that with less than 50%. (Smallpox differs from COVID-19 in that there are outward and visible signs of the smallpox virus while COVID-19 can’t be detected visually.)

While it’s true Foege spent his entire life in the serious pursuit of helping humanity, he always enjoyed a good joke. Life in Africa had its humorous moments. In his book, Foege recalls arriving at a village to talk to the chief about when he could vaccinate. The chief said, “Let’s do it right now.” Foege protested that people were out working in the fields but the chief insisted. Soon, “talking drums” began signaling people to leave work and several thousand people lined up for vaccinations. Foege was amazed at how fast the huge crowd assembled. He asked the chief what the “talking drum” had messaged. The chief said, “I told them to come to the market if they wanted to see the world’s tallest man.” Foege stands 6 foot 7.

While Foege’s strategy was brilliant, other factors contributed to beating smallpox. One was a stable vaccine that remained potent despite the heat of Africa. Another was the development of a jet-injector to administer the vaccine in a measured dose, making inoculation quick. The advent of the World Health Organization after World War II also provided the infrastructure to coordinate global-health initiatives. But William Foege offered much more than his forest-fire containment strategy: the very belief that a virus that had plagued humanity for centuries actually could be stamped out. “We all know the adage that some things have to be seen to be believed. In fact, the opposite is often true, some things have to be believed to be seen,” he says.

Foege went on to serve as head of the Centers for Disease Control from 1977 to 1983. He reorganized the agency and poured resources into prevention, something Foege says goes unappreciated. “People rarely reflect on the fact that they have not had to deal with smallpox, tuberculosis, whooping cough, diphtheria, rabies and other infectious diseases in their lifetimes,” he says.

A humble man for all his accomplishments, Foege racked up a lot of well-deserved honors in his lifetime. In 2012, President Obama awarded him the Presidential Medal of Freedom. In 1994, Foege received the Alumnus Summa Laude Dignatus Award, the highest honor the UW bestows upon a graduate.

As we live through the COVID-19 pandemic, we are confronting some but not all of the issues Foege faced decades earlier with smallpox. We don’t yet have the testing capability to carry out surveillance of the disease and we don’t yet have a vaccine. But there are researchers at the UW and elsewhere who are driven to use science and innovation for the public good just like Foege did. Someday, these researchers will experience a William Foege moment when it comes to beating back humanity’s latest viral opponent. In that lies our collective hope.