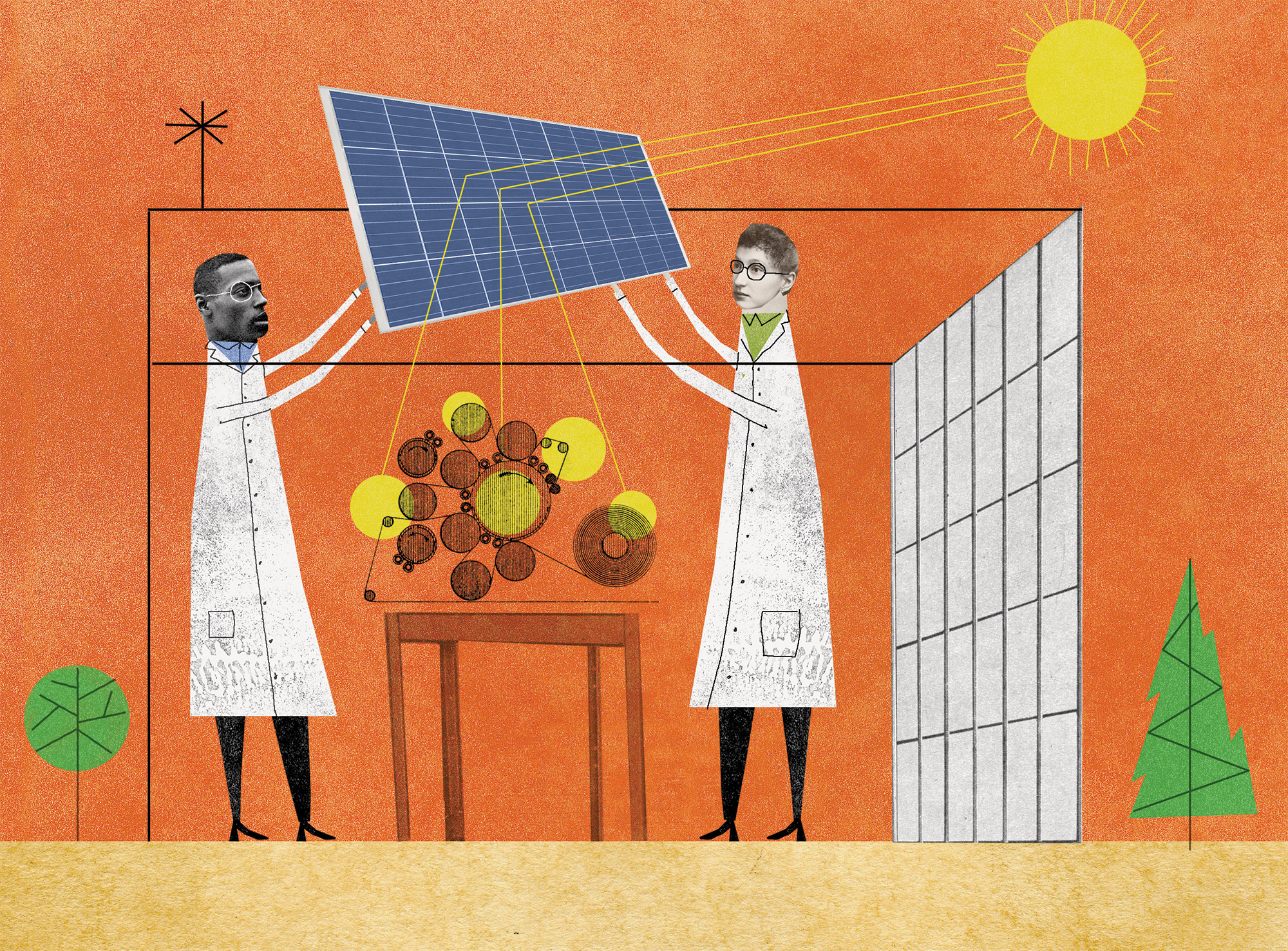 A new UW facility will bring together scientists, engineers and students to develop clean-energy solutions.

One of the University of Washington’s most innovative, impactful and downright exciting programs will begin taking shape in the not-too-distant future. At year’s end, ground is expected to break on a 340,000-square-foot building in the west portion of the Seattle campus—an area increasingly known as Portage Bay Crossing—that will become home to the UW Center for Advanced Materials and Clean Energy Technologies. This facility will bring together UW scientists, engineers and students with businesses big and small, government, startups, nonprofit and civic organizations so they can work together developing clean-energy solutions for a healthy planet and a sustainable future.

A key component of the new facility will be the Washington Clean Energy Testbeds, which were created by the UW’s nationally renowned Clean Energy Institute to scale up and adopt new technologies in solar harvesting, energy storage and systems integration. Support for this undertaking is strong and far-reaching. The state Legislature has already invested $29 million in the project.

An enormous amount of innovative thinking has gone into creating and operating the center, a move that will greatly benefit the University. Under a long-term property lease being considered by Regents this year, the developer, Wexford Science + Technology—an expert in building academic facilities that specialize in the sciences—will underwrite construction, own the building and lease it to the University and other entities that want to rent space (and there will be many). Thus, the UW’s focus can be placed almost entirely on the magic that will take place inside.

Says Kevin Klustner, the center’s executive director: “If we do this right, the UW will create an ecosystem for our students to truly collaborate with private and public organizations, and we can explore and scale up new ideas.”

Adds Daniel Schwartz, the Boeing-Sutter Professor of chemical engineering and founding director of the UW Clean Energy Institute: “It’s unusual how community connected we are. Young people and students are so motivated in the climate space. We are a mission-driven organization, and you need that to be successful.”

That success has been noted. Peers constantly ask Schwartz how the UW has pulled this off. Six Clean Energy Institute researchers are among the world’s most influential scholars, according to the Web of Science Group. Four of Forbes’ most recent “30 under 30” leaders in clean energy are from the institute. In other words, UW innovation is about to turn this new University District facility into a real hotbed—one deserving of continued support and amazement.