The best-selling author of young adult books—twice a finalist for the National Book Award—encouraged adults in the room to treat kids as whole human beings. 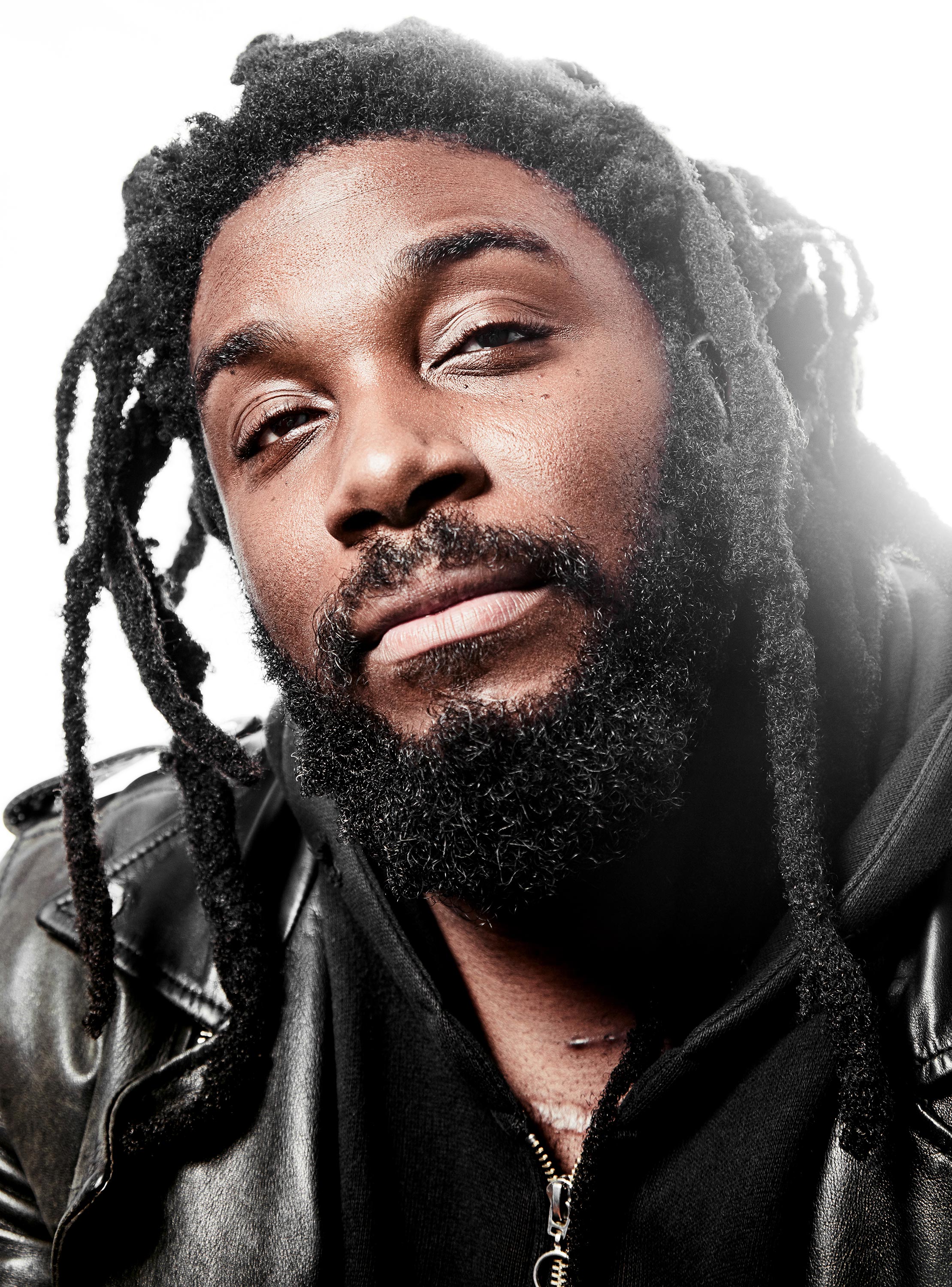 The three words—humility, intimacy and gratitude—were the focus of Reynolds’ lecture Oct. 31 as a guest of the Information School. Reynolds fought through an illness, but held the audience at Kane Hall on the UW campus in rapt attention as he explained what each of the three words means to him and how he uses them when creating literature for young people.

While those words help to guide his work, Reynolds said they are simply entry points toward achieving his goal of engaging with youth by giving them books they want to read.

“What I care more about is, how are we using those three principles to actually engage them as people? It makes no difference if I use them to make good books if we can’t figure out how to use them to build bonds and relationships with children,” he said. “The truth is that I don’t put literature before people, ever.”

Reynolds is the New York Times best-selling author of All American Boys, the Track series, Long Way Down, For Everyone, and Miles Morales: Spiderman. He writes novels and poetry for young adult and middle-grade audiences, including Ghost, a National Book Award Finalist for Young People’s Literature. 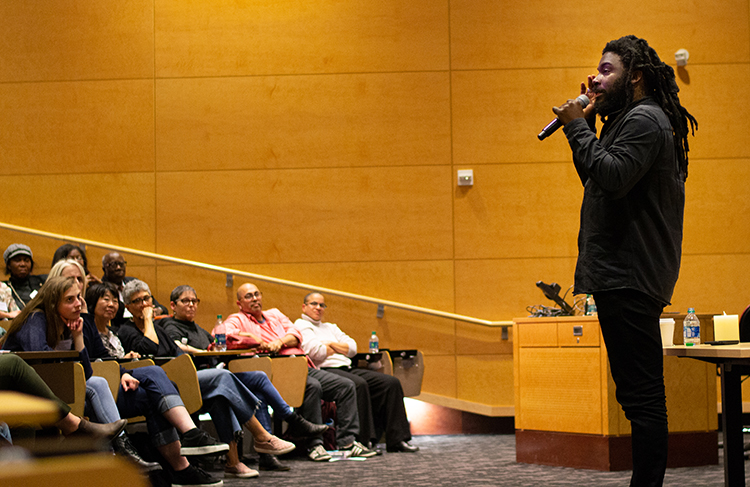 Reynolds challenged librarians in the audience to exercise humility with their younger patrons by appreciating their presence and treating them as whole human beings, rather than demanding their respect simply because they are younger.

“For you to believe that they’re going to dole out their respect to you just because you say so is foolish and naïve,” he told those in attendance. Instead, he said, adults can get through to youths by relating to them on a personal level. And he urged the adults in the room to say “thank you” to young people for making the effort to get to a school or a library.

“You’d be surprised how rarely they hear it,” he said.

UW Magazine photographed Jason Reynolds before his talk on Oct. 31. His new book, "Look Both Ways: A Tale Told in Ten Blocks," is out now. This article originally ran on the iSchool's website.