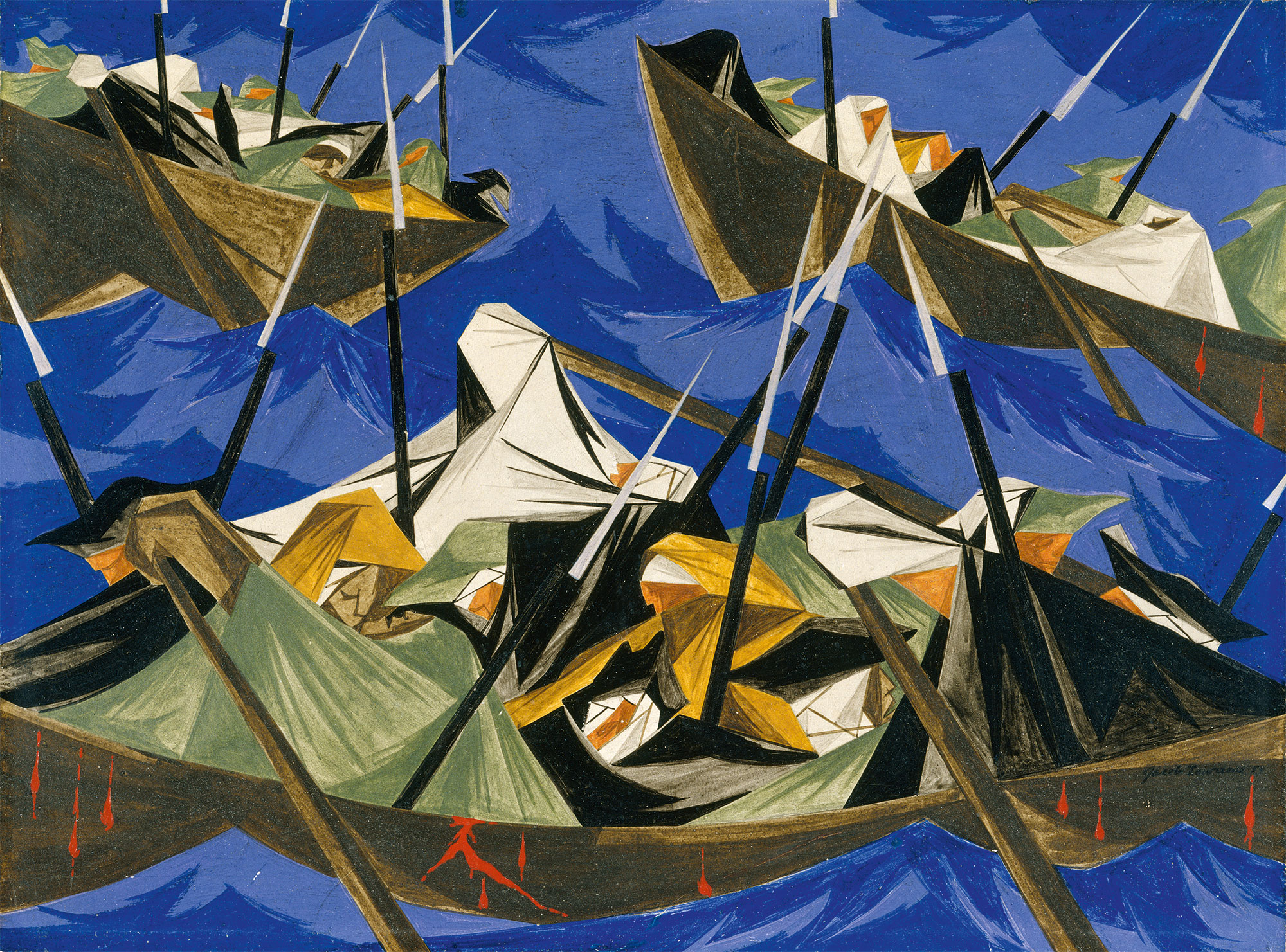 A little-seen series by Jacob Lawrence, one of the country’s most celebrated Black artists and one of the UW’s most beloved art professors, is now on view at the Seattle Art Museum. Nearly 70 years after their creation, the pieces resonate with today’s cultural crises.

Lawrence and his wife, Gwendolyn Knight, moved to Seattle in 1970 after the UW hired him during a campaign to bring more Black faculty to campus. While at the University, the painter and printmaker mentored artists who have gone on to illustrious careers including Marvin Oliver, ’73, and Barbara Earl Thomas, ’73.

Now his 30-panel series, “Struggle: From the History of the American People,” which Lawrence created in the 1950s, is showing in Seattle. It tells a racially diverse story of America’s history from 1775 to 1817. When it went up for sale in the late 1950s, the time of the Red Scare and Civil Rights rulings like Brown v. Board of Education, buyers weren’t interested in keeping the collection whole. The panels were sold off as individual works. Some were lost.

Efforts to reunite the series for an exhibit culminated with the formation of an exhibit in 2020. In the recent months, as news of the exhibition at the New York Metropolitan Museum spread, two missing panels were discovered in private hands. Both owners agreed to show their paintings alongside those from other private owners, and the nearly complete set is in Seattle through May 23. The whereabouts of three panels remains unknown.

At top: “We crossed the River at McKonkey’s Ferry 9 miles above Trenton … the night was excessively severe … which the men bore without the least murmur … —Tench Tilghman, 27 December 1776, 1954” is Jacob Lawrence’s take on Washington’s troops crossing the Delaware during the American Revolution. Lent by The Metropolitan Museum of Art, Purchase, Lila Acheson Wallace Gift, 2003