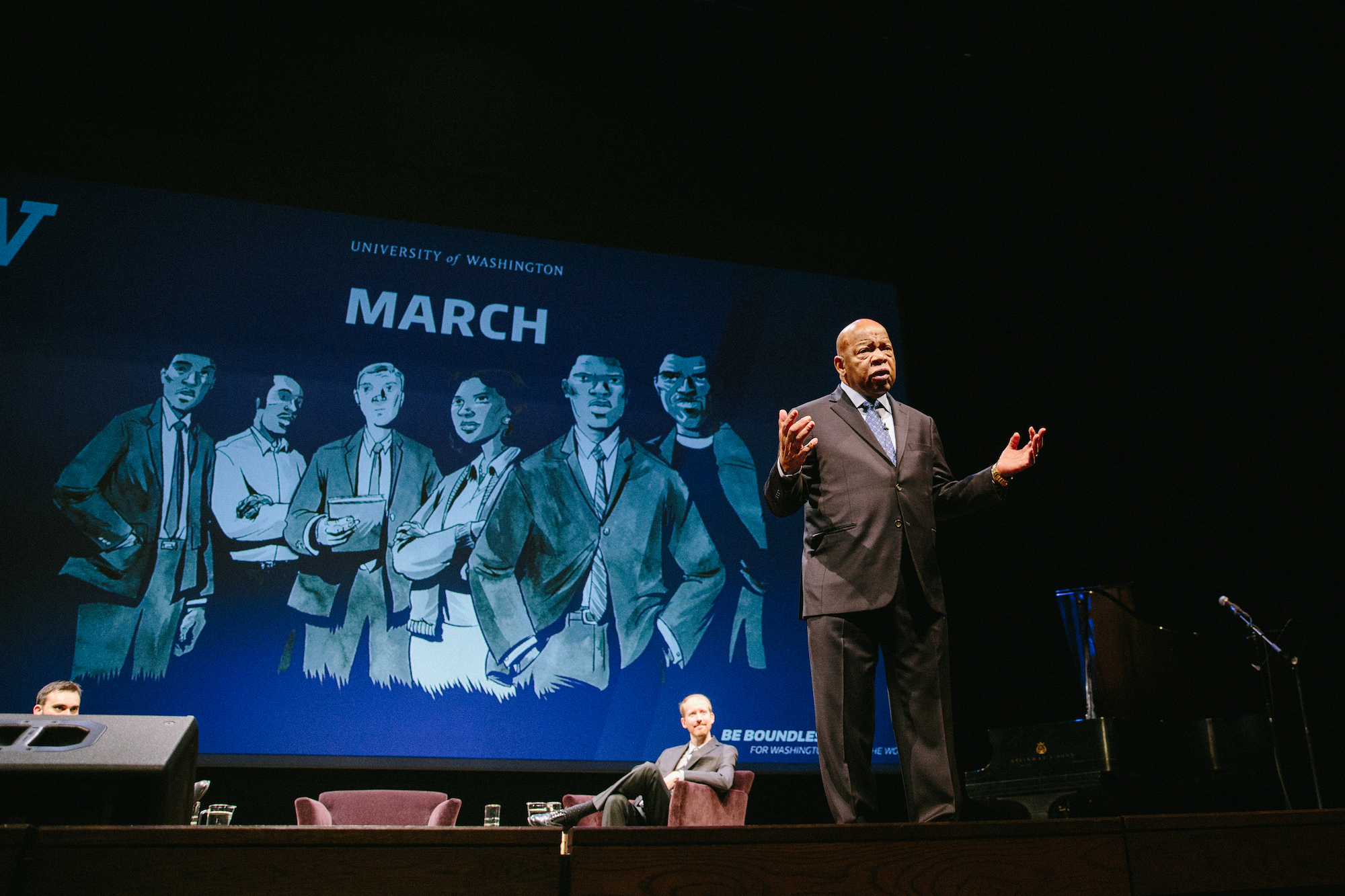 Rep. John Lewis, who met Martin Luther King, Jr. as an 18-year-old and dedicated his life to the pursuit of justice, brought the student audience to its feet before he even began his remarks in Meany Hall on Feb. 23.

Over the course of the Civil Rights movement, Rep. John Lewis was arrested 40 times.

“I got in trouble,” he told UW students on Thursday. “It is time for each and every one of us to get in trouble—good trouble, necessary trouble. When you see something that is not right, not fair, not just, you have a moral obligation to do something, to say something, to stand up.”

Lewis also urged the crowd to vote. “It is precious, it is sacred,” he said. “We must never give up on the vote.” Joined by co-author Andrew Aydin and artist Nate Powell, Lewis talked about the trio’s graphic novel, “March,” which topped the New York Times Best Seller list. “March” is a three-part book about the Civil Rights movement as Lewis experienced it.

Lewis pulled no punches when talking about the importance of nonviolent action. “What has happened today in America, it’s not just a threat to America but a threat to the planet,” he said. “If we want to survive and live as humans, we must teach the way of peace and love. Can humans coexist? All human beings?”

In a question from the audience, a student challenged the Pacific Northwest’s progressive reputation, suggesting the region still struggles with racism. Lewis responded by sharing the story of a white man who bloodied him during the Civil Rights era. The man and his son showed up to Lewis’ Washington D.C. office several later to apologize for what he had done.

“Never give up on anyone,” Lewis said.