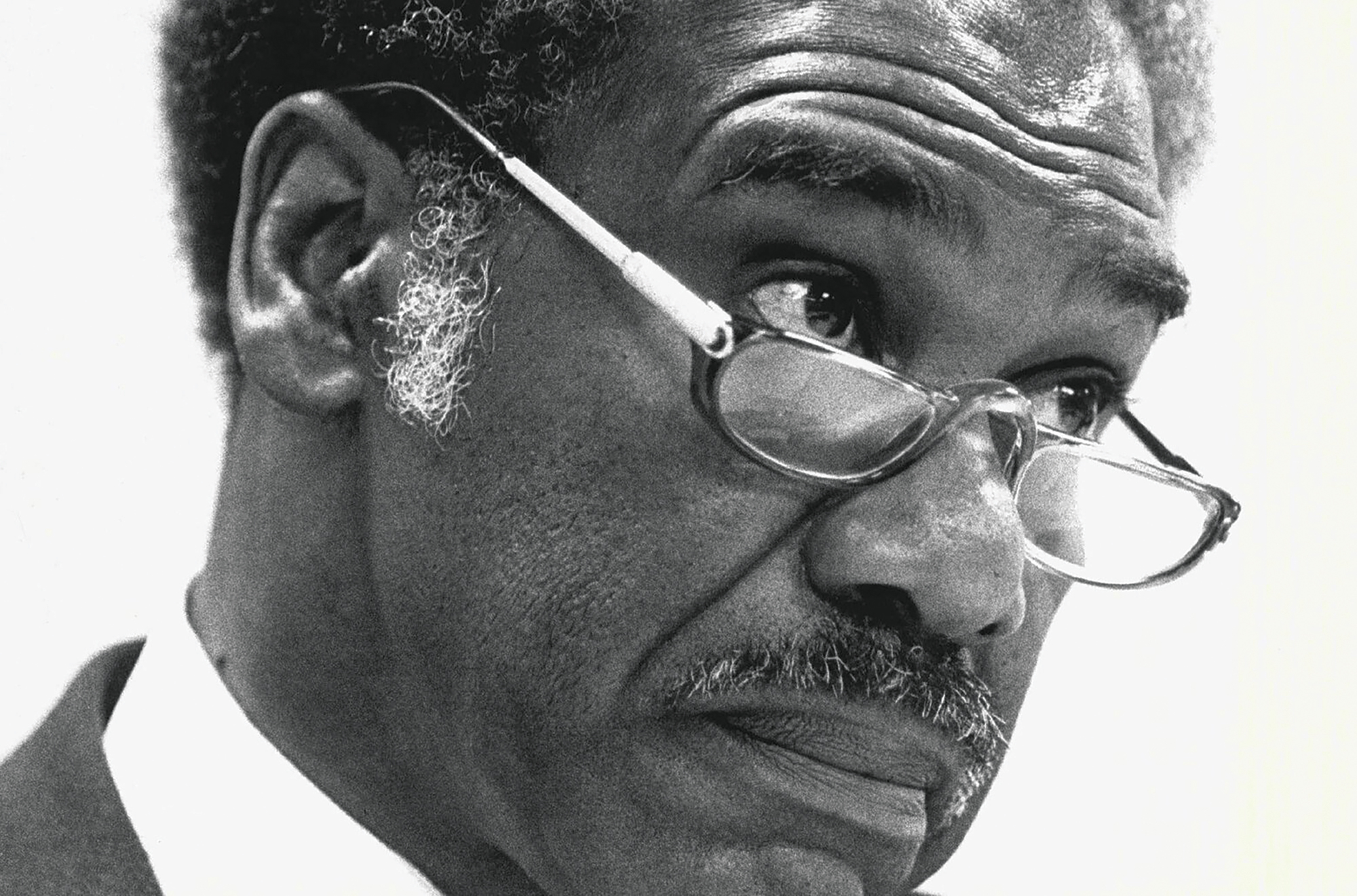 As a pioneering judge, Charles V. Johnson touched many lives

On Jan. 15, the Washington state NAACP streamed a virtual event with a star-studded lineup of political heavyweights. Chief Justice Steven Gonzáles of the Washington State Supreme Court gave the opening statement. As the first man of color to hold his position, Gonzáles paid tribute to the person who paved the way for him. “He has educated, supported and mentored generations of us who take these positions of firsts,” the chief justice said. He told the audience to expect to hear overwhelming evidence that would convince them beyond all doubt that Judge Charles V. Johnson, ’57, had lived an extraordinary life.

The event, “Farewell to a King: Honoring the Life of Judge Charles V. Johnson,” featured a multigenerational ensemble of judges, politicians, professors, advocates and activists. They dialed in from courtrooms, living rooms and kitchens to sing the praises of a man unlike any they had ever met: An icon in the community, an imposing force on the bench, a mentor and a role model. “For me, he was my guiding light,” said U.S. District Court Judge Richard A. Jones, ’75. “A father to me. A favorite uncle. A best friend.”

Johnson, a Seattle Municipal and King County Superior Court judge who sat on the bench for nearly 30 years, came to the Northwest to attend UW Law School in 1954. He was the only Black student to graduate from his 1957 class. He revived the NAACP’s Seattle chapter and, as the civil rights movement swept the nation, he set out on a legal career that included championing equal access to education, employment and economic growth.

UW Law Teaching Professor Kimberly Ambrose, ’84, ’89, an attorney who frequently appeared before Judge Johnson in the 1990s, recalled that colleagues who arrived late to his courtroom were asked to make donations to community organizations. It was his way of reminding them to show respect to the families caught up in the system. “I thought that Judge Johnson was the embodiment of what a judge should be,” Ambrose said. “The way that he would swear witnesses in, raising his large hand with his powerful, booming voice I thought that no witness sworn in by Judge Johnson would ever stray from the truth.”