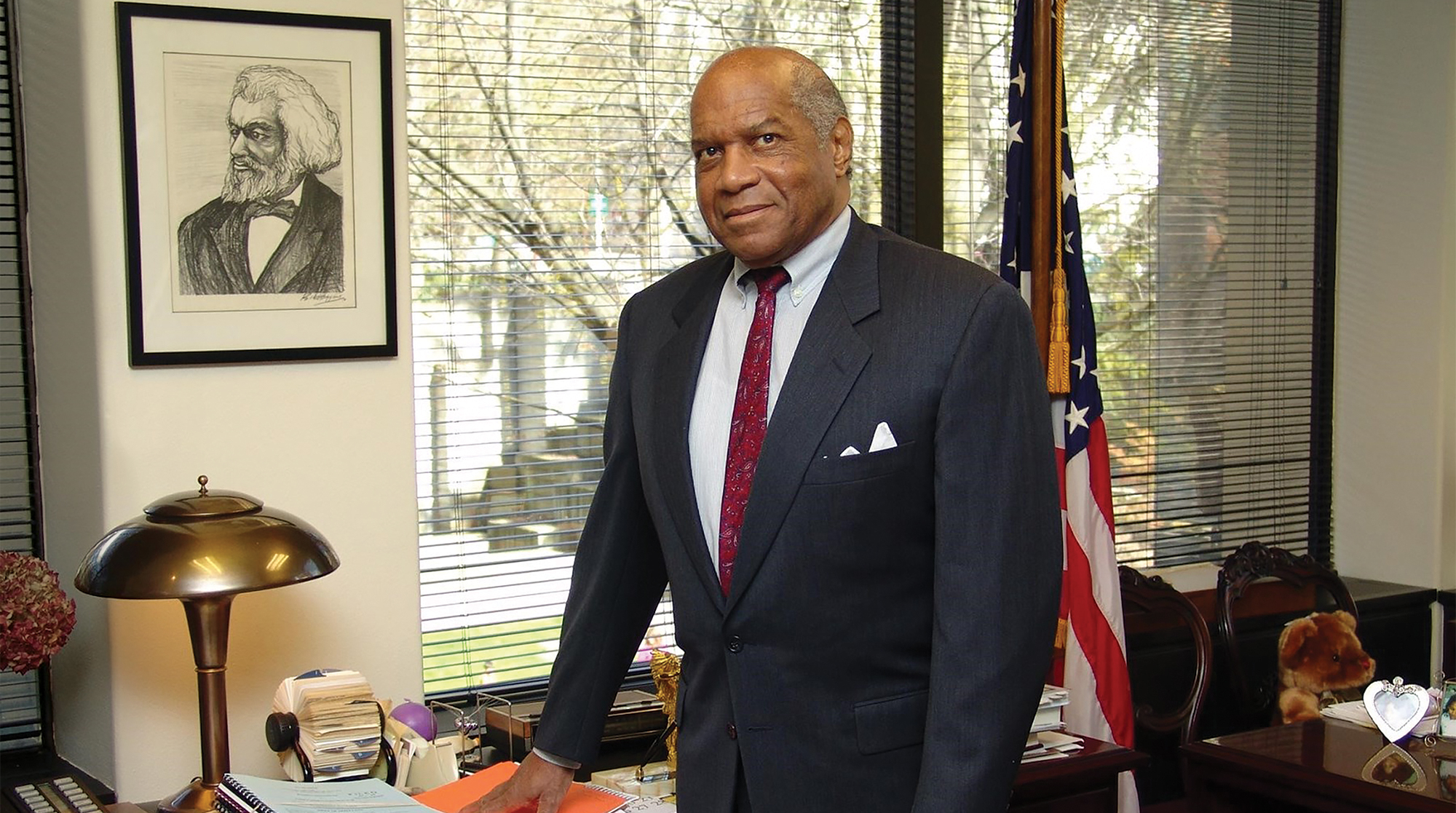 A titan of the law and a trailblazer on the bench, Judge Joseph Jerome Farris sat on the United States Court of Appeals for the Ninth Circuit for 41 years, the first African American to reach that position. Earlier in his career, Farris took pride in having only one decision reversed by the Supreme Court, but over time his court became the most reversed in the country. He dismissed critics who said that meant he was too liberal, offering instead that “courts cannot determine right and wrong in an absolute sense, because the law is not absolute.”

Farris, who died July 23 at the age of 90, was born in Birmingham, Alabama, in 1930. He earned a degree in math from Morehouse College, then served two years in the Army Signal Corps. He added a master’s in social work from Atlanta University before journeying to the Pacific Northwest to earn his law degree at the UW in 1958, working as a juvenile probation officer while in school. A decade of private practice followed, and in 1969, Farris landed on the Washington State Court of Appeals. His star rising, he was nominated to the Ninth Circuit by President Jimmy Carter in 1979.

Farris’ service to the UW was varied and lifelong. A past president of the Board of Regents, he also led the Law School Student Body and later sat on the UW Law School Foundation. In an interview with the Seattle Times, Chief US District Judge Ricardo Martinez called Farris “a true pioneer and an extraordinary inspiration to young lawyers of color everywhere.” Martinez, ’77, ’80, says Farris was one of the reasons he pursued law school.

Asked by a UWTV interviewer in 1989 if he ever agonizes over his rulings, Farris responded swiftly: “Never. You can’t. And by ‘never’ I mean absolutely never.” With five trials in a day and 25 in a week, “you don’t have time to agonize. We don’t have to know, we have to listen.”