“You make this cool connection with each other that creates goals or really good double teams. That connection is something I haven’t found anywhere else—this immediate bond. Sharing this love is what keeps me sane.” 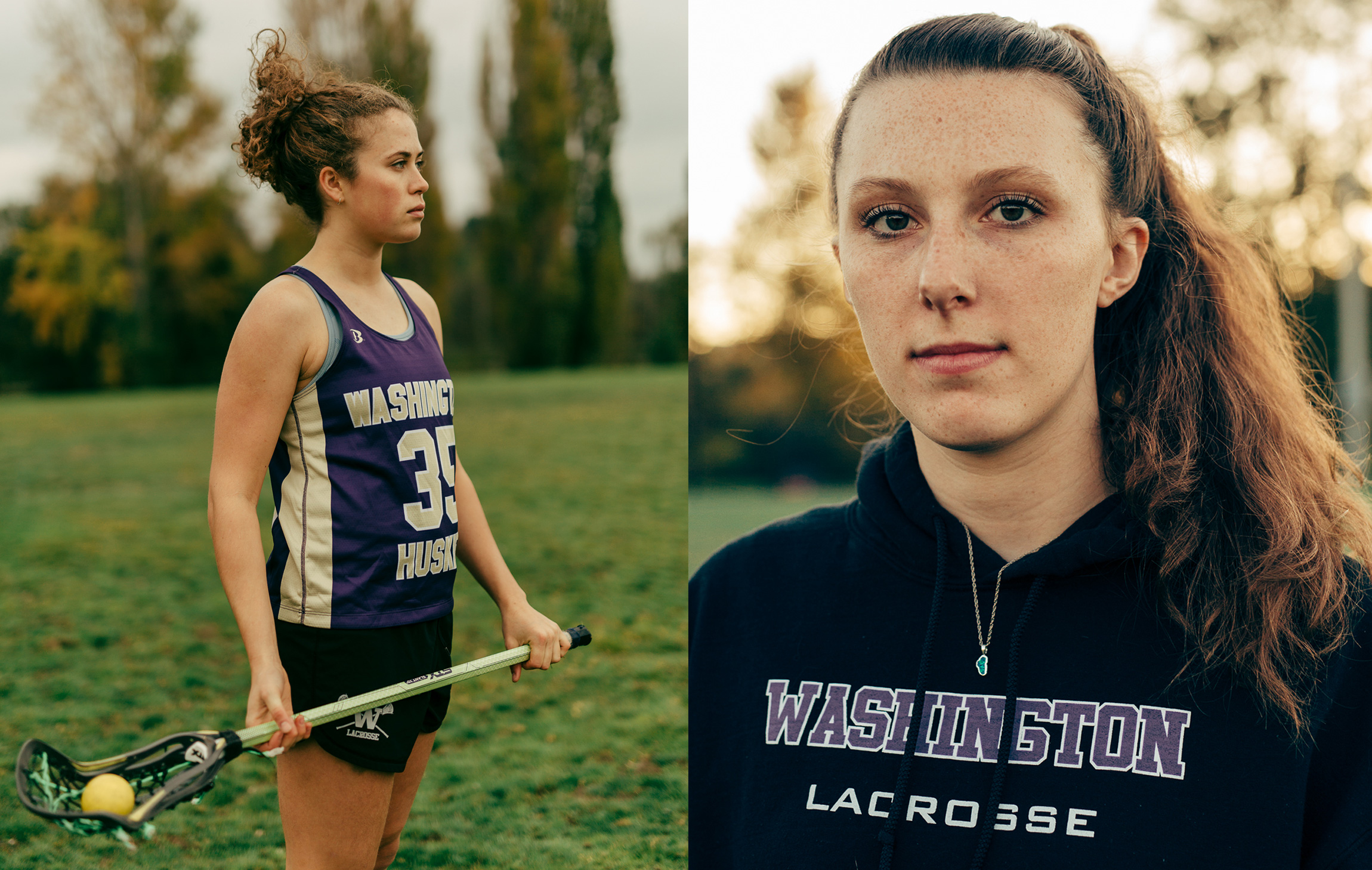 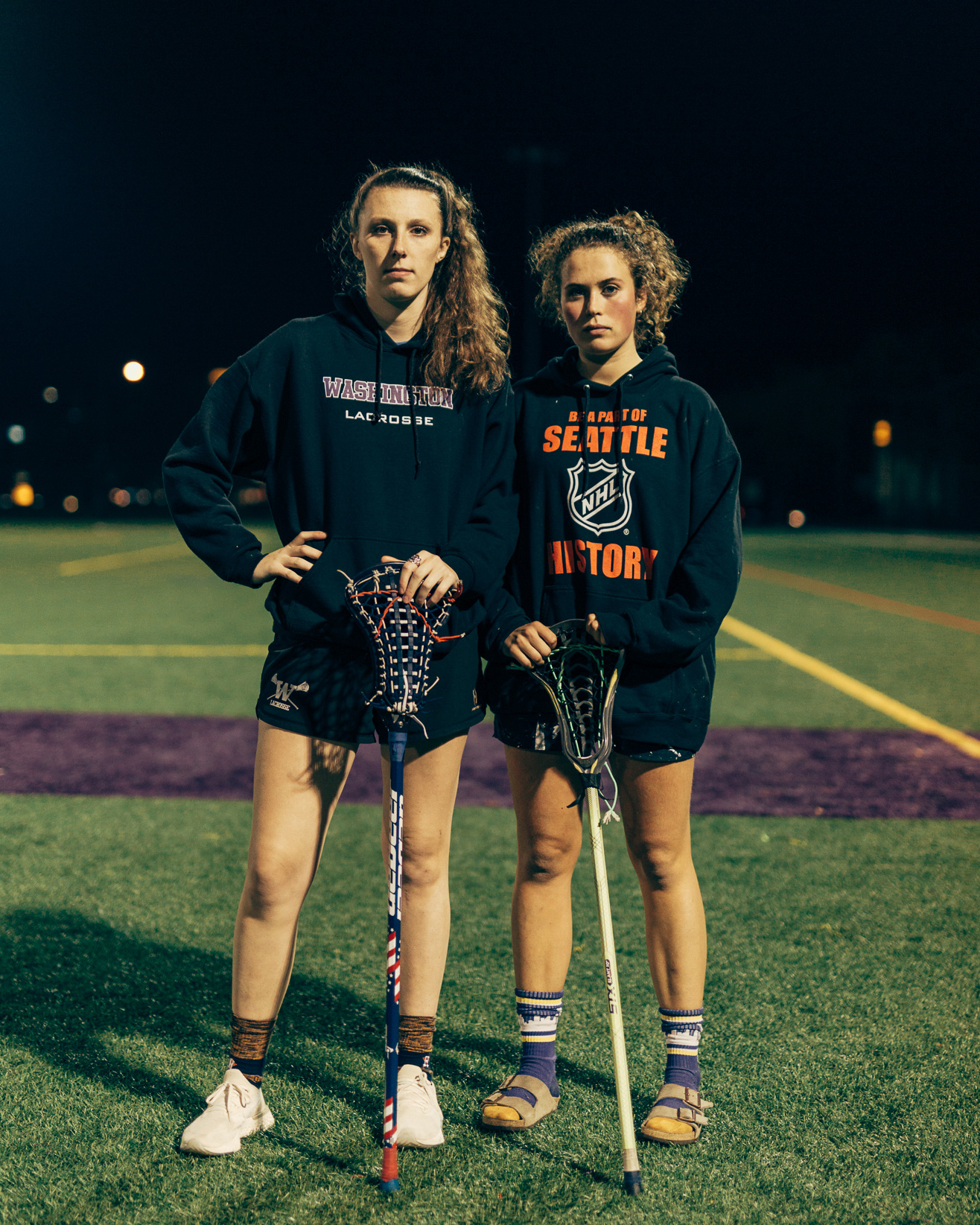 Maike: Lacrosse is a sport involving 11 girls and a goalie, so there are 12 girls on each side. Everyone has a stick.

Clara: There are two 30-minute halves with a 7-minute halftime.

Maike: I grew up in Utah and started playing when I was in fourth or fifth grade. All my friends were playing and it was just this new thing.

Clara: My introduction to lacrosse was when I was about 7 years old. I grew up in Virginia and Maryland, so I was basically born and bred with it. I first started with boys—my brother was on a team so I played with him. My dad played on a club team when he was in college at the University of Virginia, so he was my coach for a long time. I played for my high school team as well as for a club team.

“This is a competitive outlet, as well as my stress outlet, so it was pretty important for me to go to a college that has a club lacrosse team.” 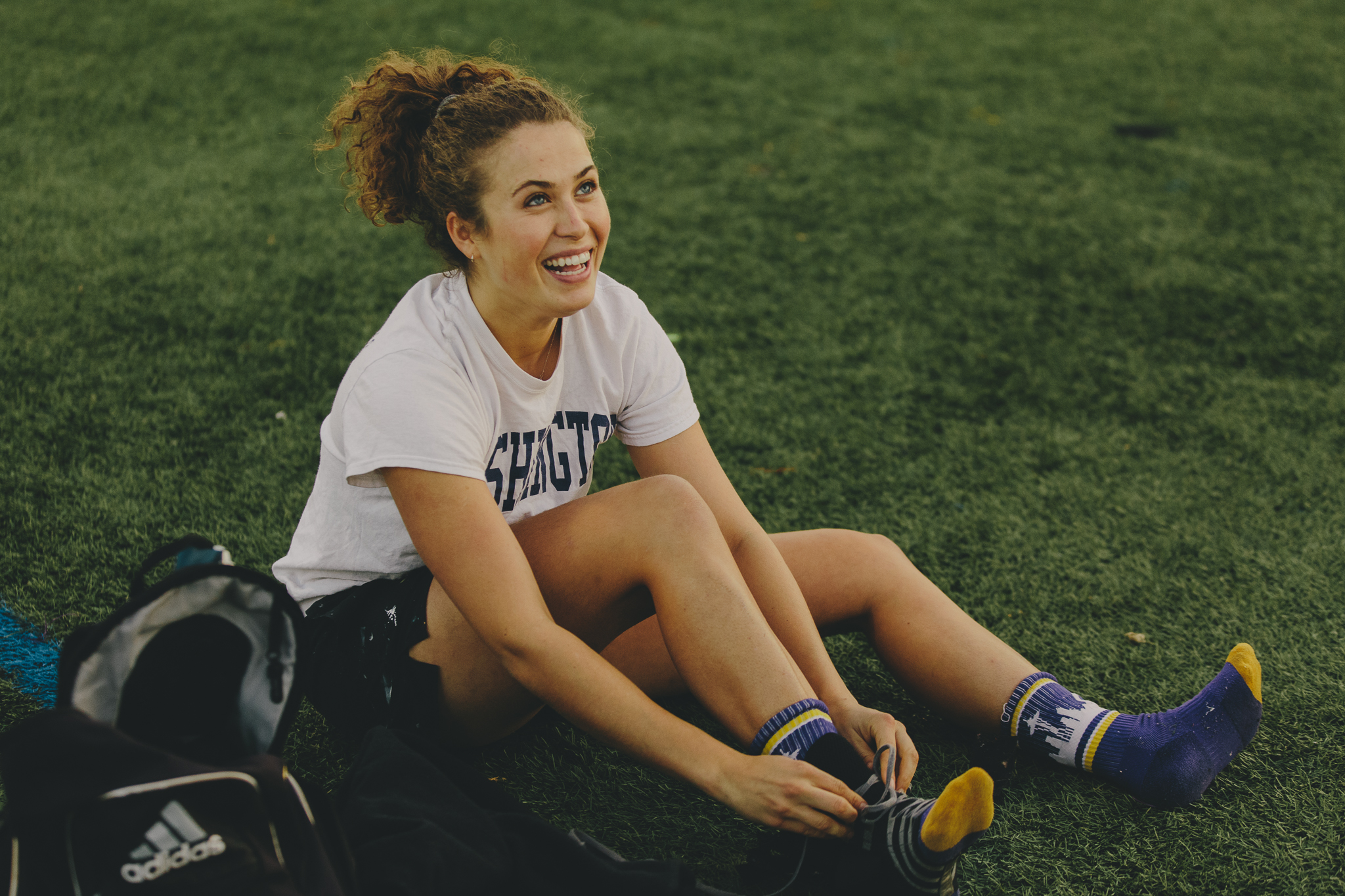 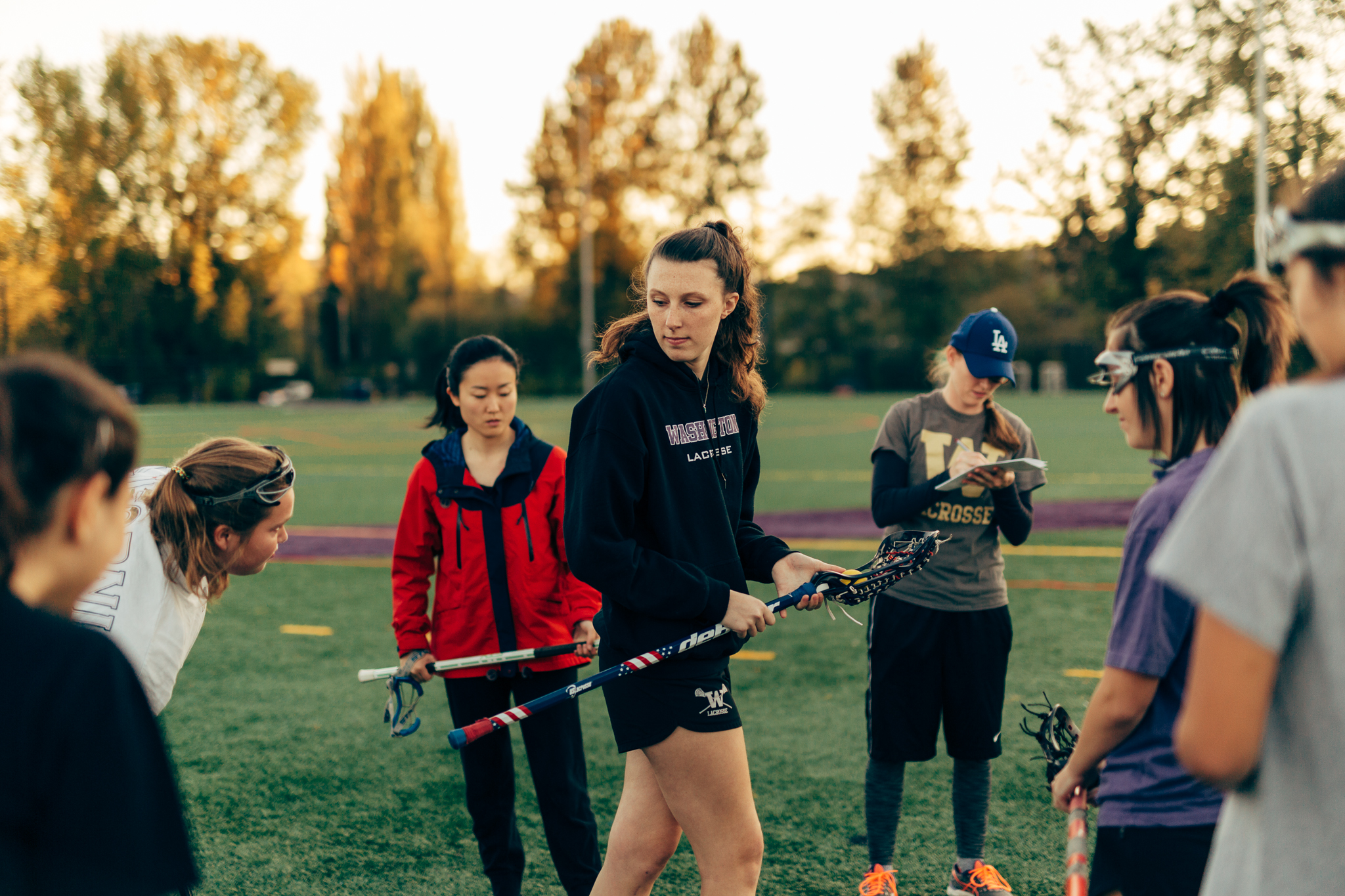 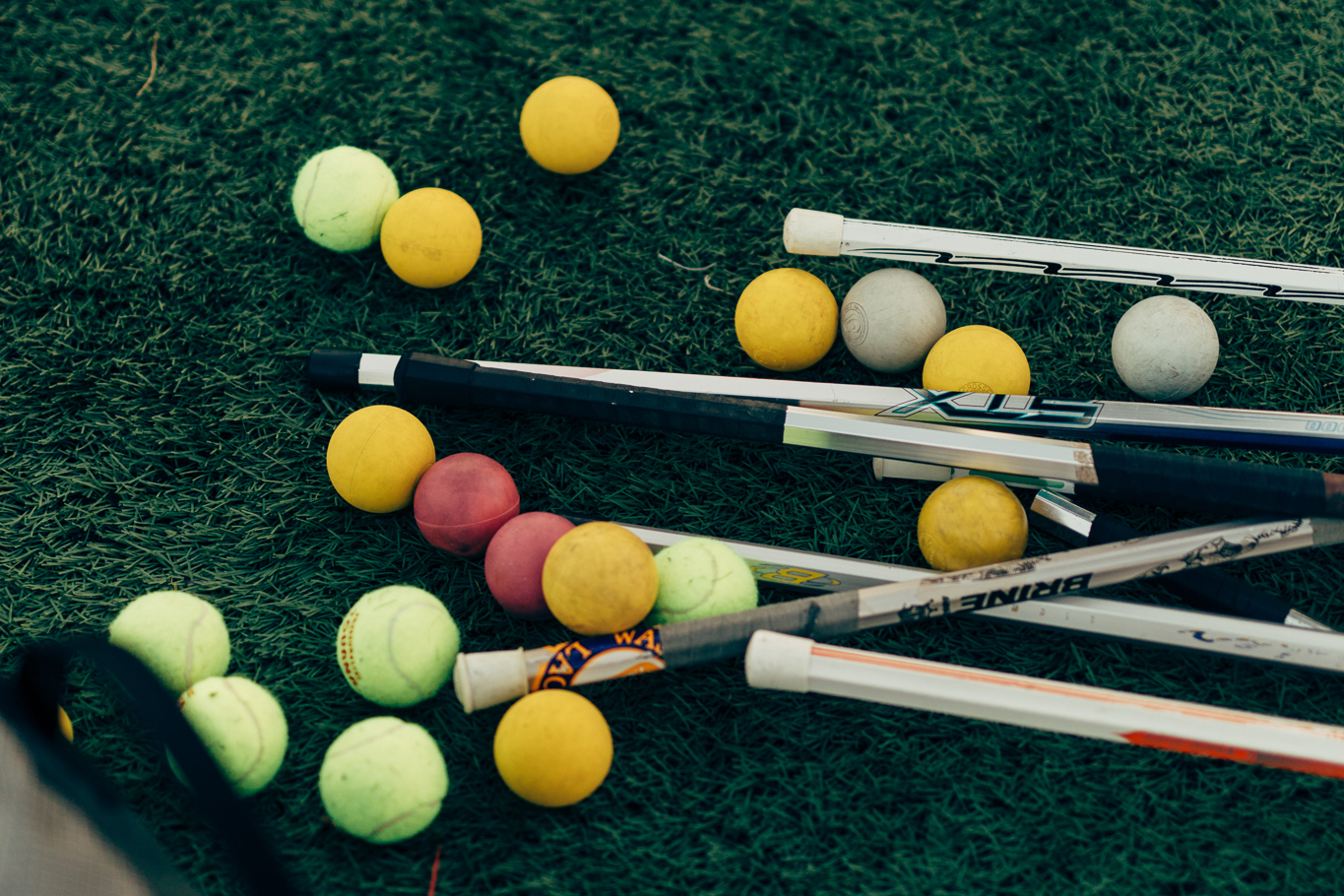 Clara: I kind of feel the same way. Originally, I thought about going to college to play lacrosse, so I would talk to Division III coaches and reach out to people through tournaments. But then I decided that I wanted to go to a bigger school. I found UW, but honestly, I didn’t look if the school had a lacrosse team before I came here. But when I found out there was a team, it was a no-brainer. Of course, it’s what I do.

Maike: I wake up around 7 and I usually have an early class. I spend a lot of time on campus studying and doing projects. I generally run home and then run to the practice. Then I do some homework and go to bed around 11 p.m.

Clara: I wake up and have a class. Or, since I’m a campus tour guide, I give a tour in the morning. I go to class from noon to 3 p.m. then I go to work until 5 or 6. Practice is right after that. 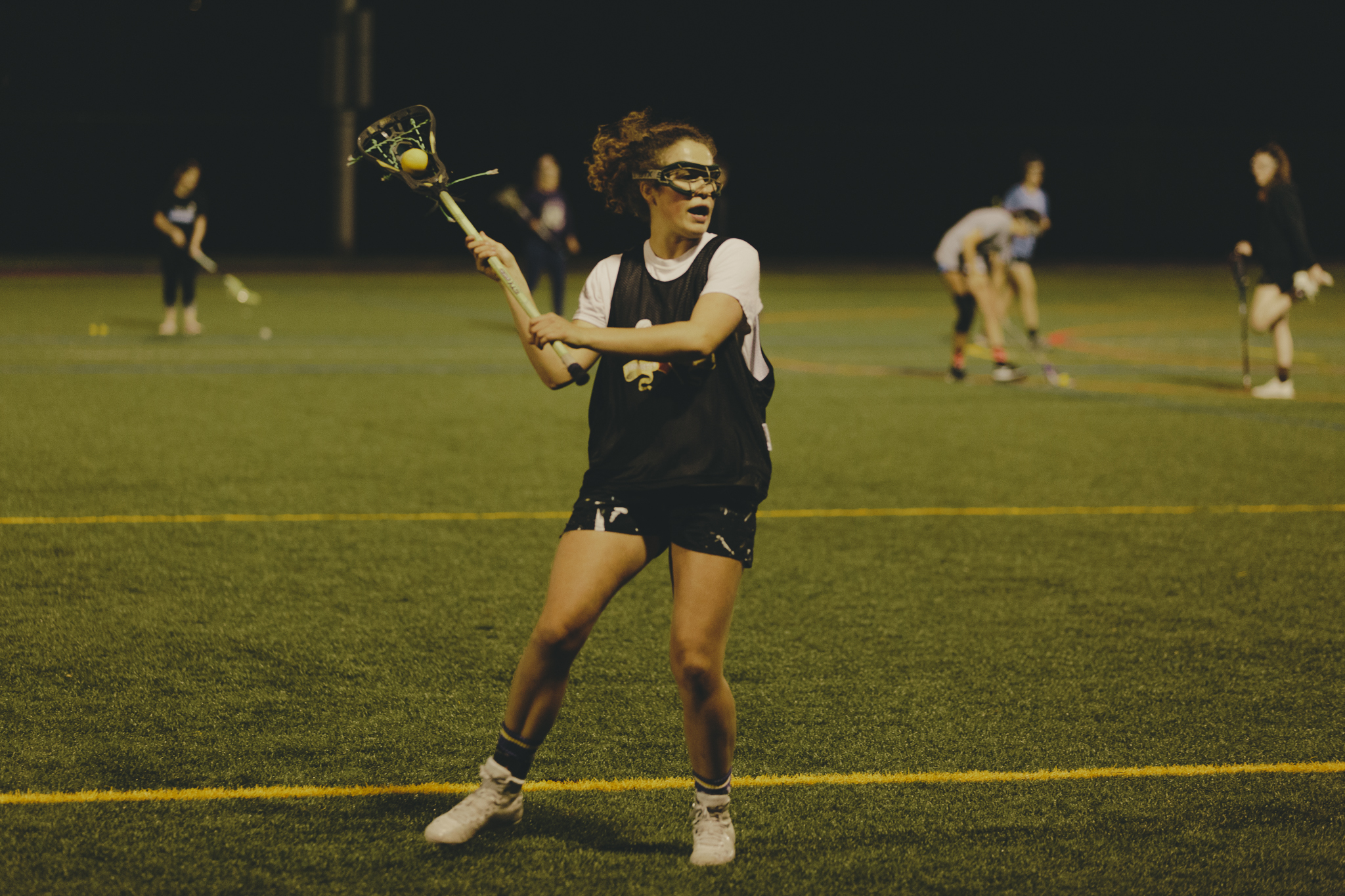 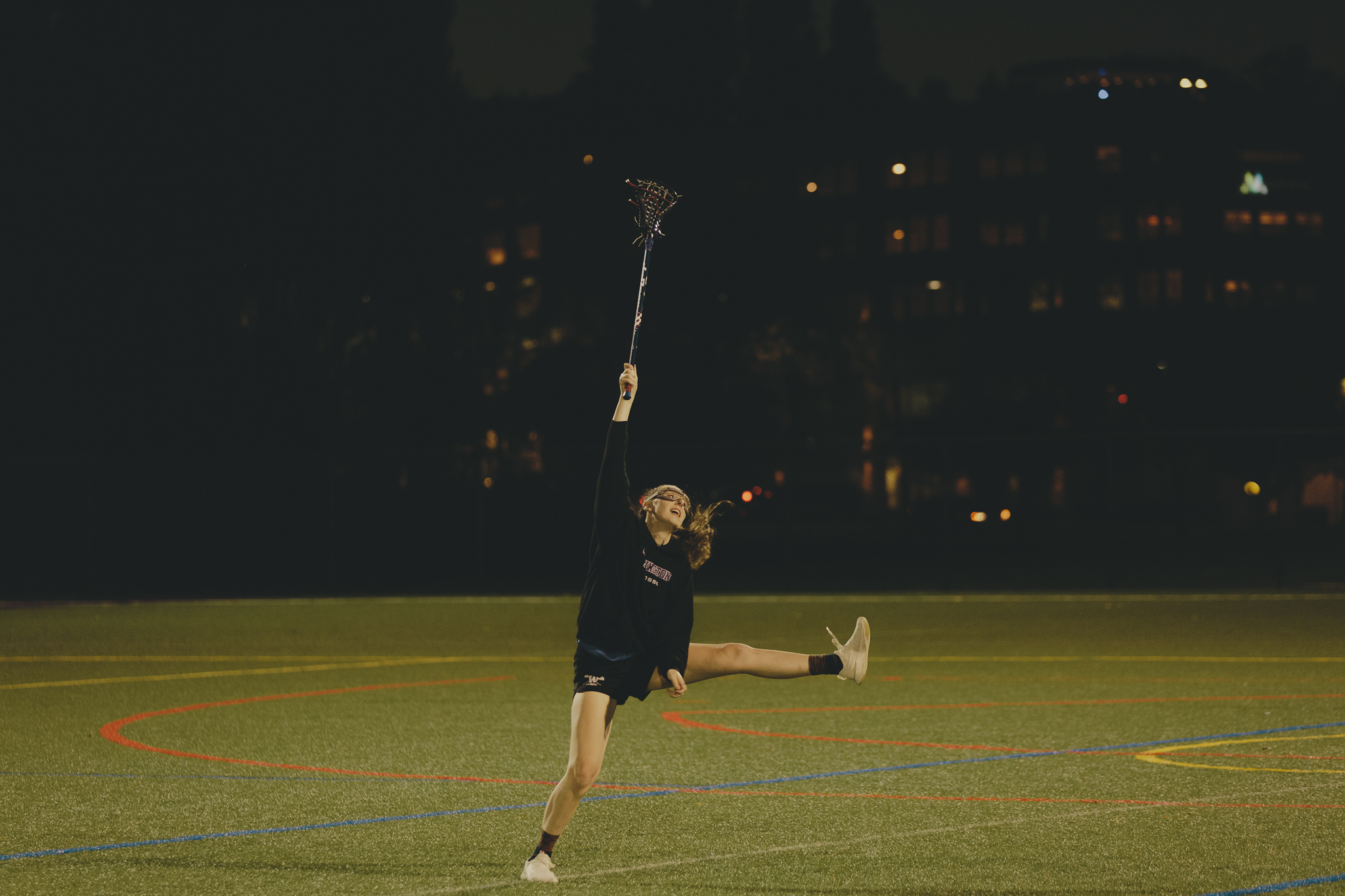 Maike: Time is the biggest challenge for me. I would like a few more hours in the day. Schoolwork is definitely a priority for us. A game will take up two or three hours, and you’re driving all over the place, so even if you think you’ll have time to do homework, the weekend goes by fast. We go to the hotel room and study together until we go to bed.

Clara: Time management can get tough. Especially school. School’s the thing that I always say, “Oh, I do it later”—but it’s why we are all here.

Maike: I love the reaction I get when I tell people I play lacrosse, because a lot of people don’t know that women’s lacrosse is different from men’s. Men just hit each other and wear all these pads, so it’s very much a contact sport. But women’s lacrosse is technically not a contact sport, even though you still get bruised and beat up a little bit. People think I’m super badass, and they envision me as someone who’s fully suited up playing men’s lacrosse. Sometimes, I just ride that wave.

“It’s funny because people think I’m an athlete, which I am, but I’m playing a club sport. I’m here to remind you that I’m not one of those Division I basketball players who goes to practice at 6 a.m. It is fun, though.” 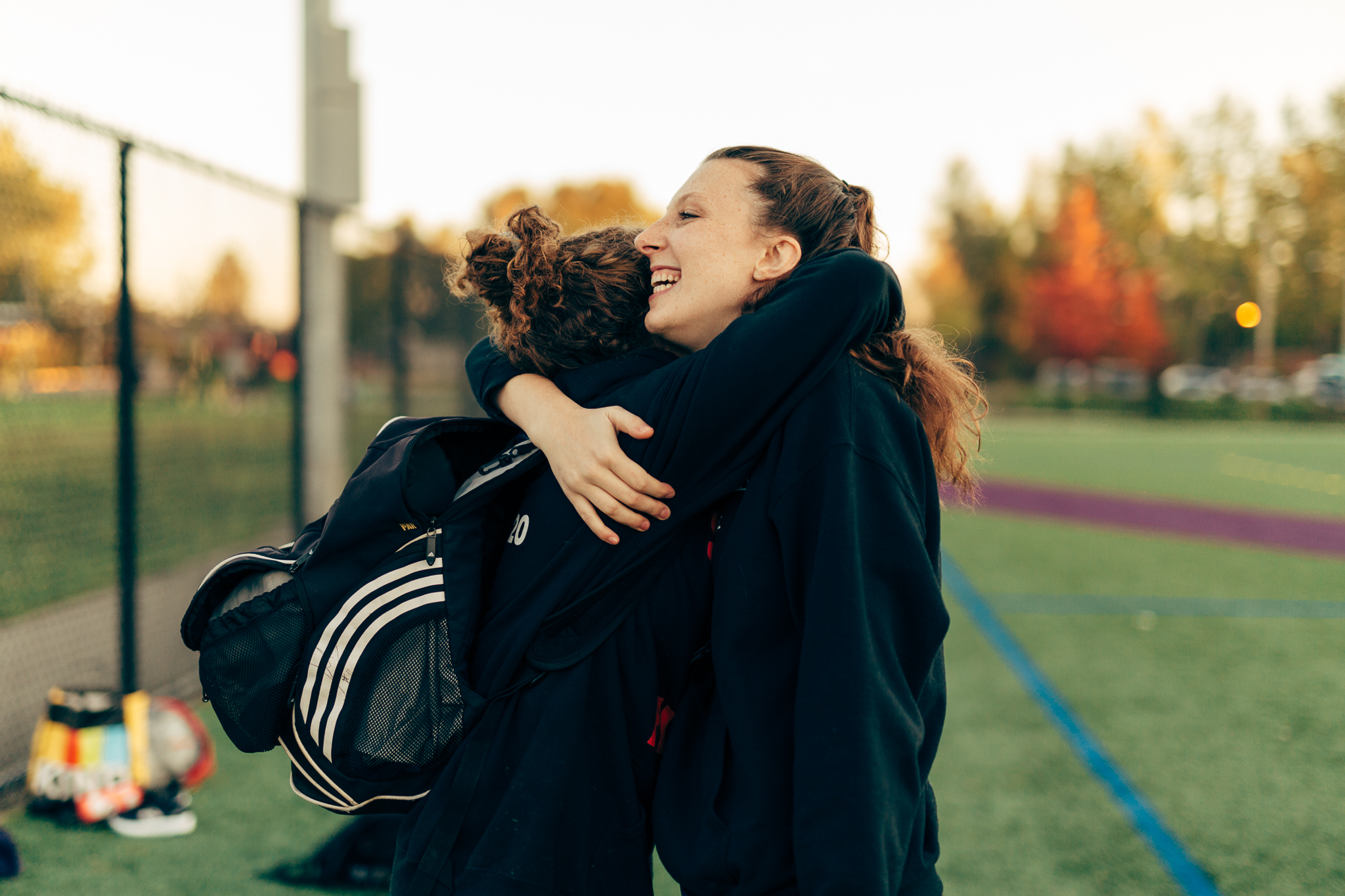 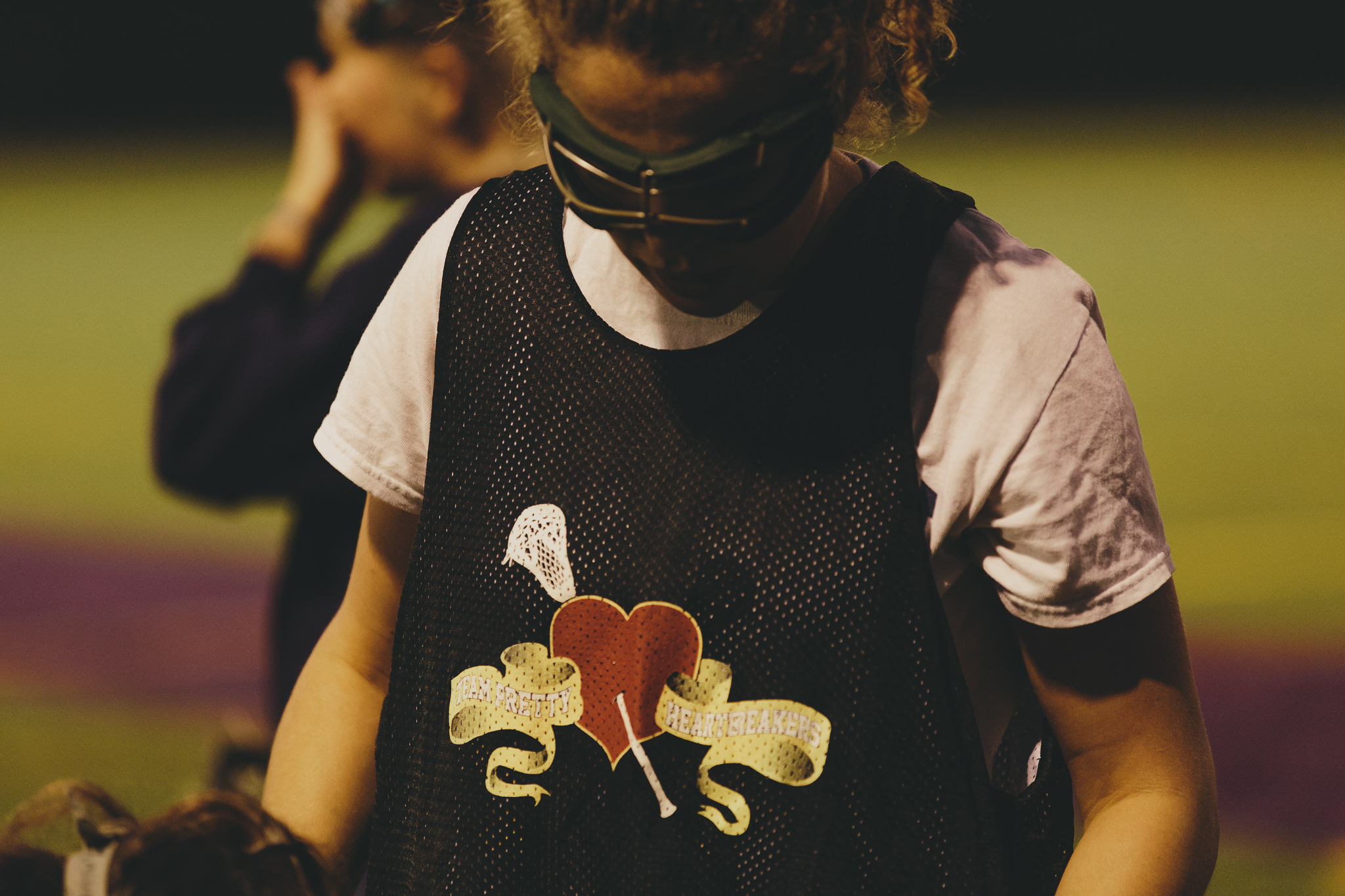 Clara: The best was when we went to nationals. We were all wearing short-sleeve shirts because it was May, and we had these giant bruises on our arms from sticks. One of my professors came up to me super concerned, asking me if I was OK and if I need to talk about anything.

Maike: Oh yeah, I had multiple people who came up to me and thought I was in an abusive relationship or something.

Clara: Starting from our freshman year, we created this bond as a group. We would always hang out and do everything together outside of practice. Having this bond freshman year was huge because a lot of us came from out of state, so we didn’t know a lot of people. It was like a sorority where you are forced to live together, but for us, it worked out really well, and it’s been really fun.

“We ask our players to pay dues. We fundraise by working with local businesses. We also clean up stadiums after football games. The day after the game, we get to Husky Stadium super early in the morning and clean the stadium for like five or six hours. It’s super gross, but we make good amount of money off of that.”

Clara: We also try to save money. We’re all about budget traveling. We stay at hotels or motels that are kind of “sketchy.” We always try to drive our cars when we have away games, instead of renting a van. 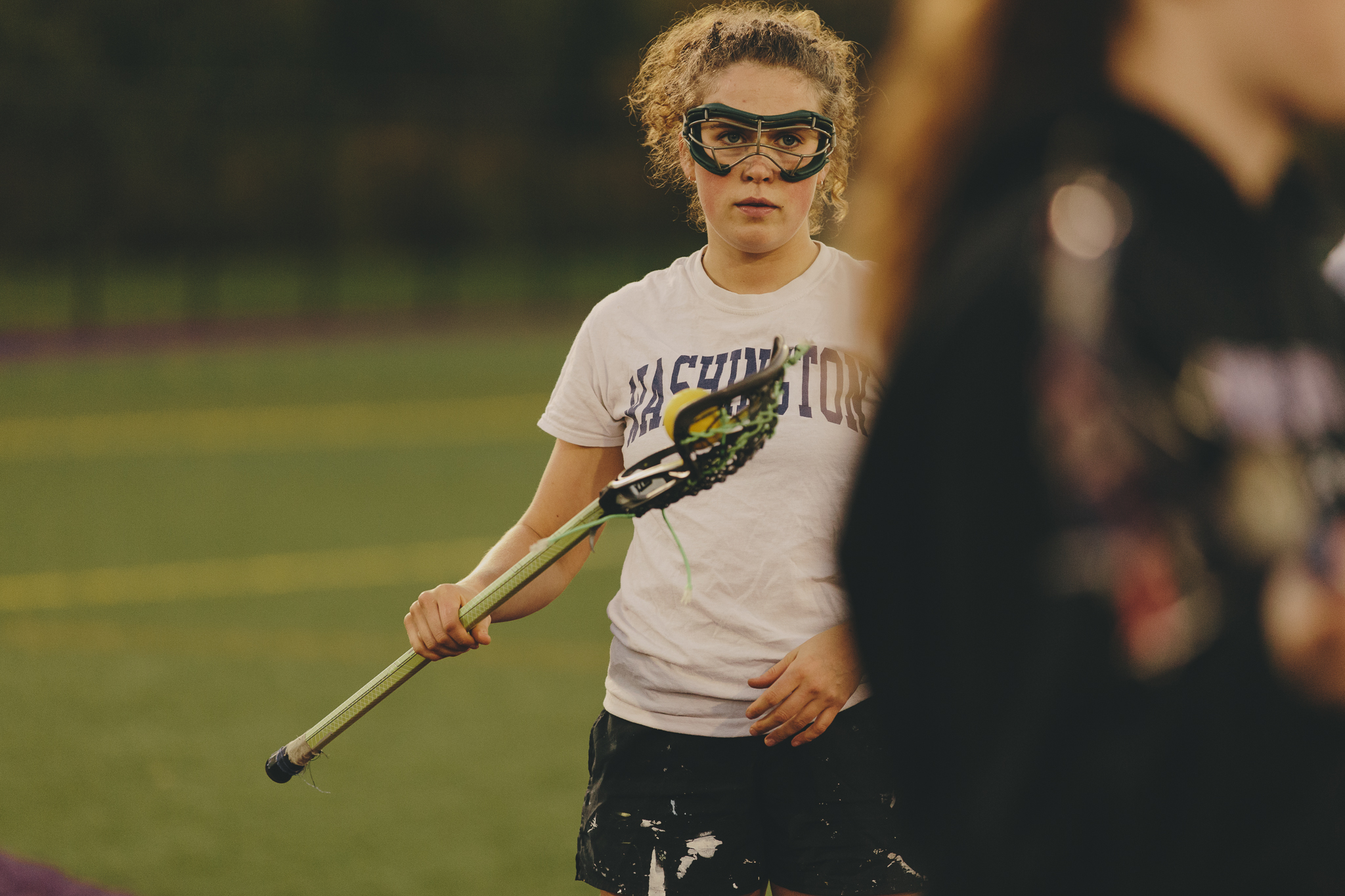 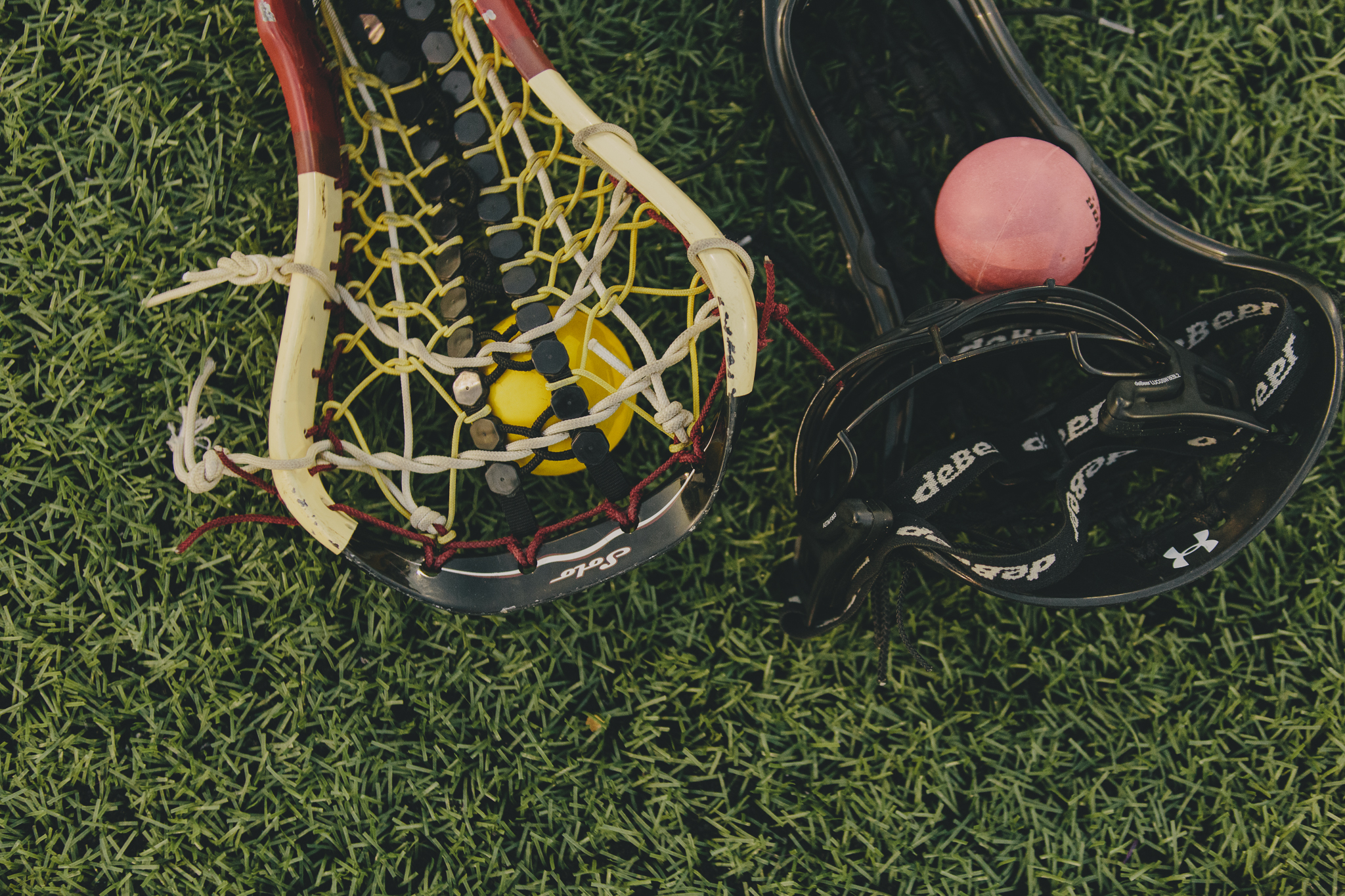 Maike: You make this cool connection with each other that can create great goals, or really good double teams. That connection is something I haven’t found anywhere else, this immediate bond. It’s so cheesy, but sharing this love is so cool. It’s honestly what keeps me sane.

Clara: Love for the game is what gets me going—not just for myself, but the game itself. It’s such a fast-paced game, and it’s the game that’s growing right now. We have students from Japan who are only going to be here for a year, but they want to come out and play with us. Lacrosse brings out another side of everybody. It’s such an adrenaline rush.

Maike: Clara is my favorite player to play with. She just knows where I’m going to go, and she wins like 90 percent of the draw (it’s like a faceoff in hockey or jump ball in basketball). So she would just pop the ball to me.

Clara: Maike is one of the most hardworking, aggressive and graceful players I’ve ever played with. She would catch balls with one foot up, and I’m thinking, “Nobody could catch that except for her.” She’d run all the way down the field with the ball, beat all the defenders, weaving through them and score goals. There would be 12 people in front of her and no one can stop her. Funny story, I actually knew her from playing at a tournament in Florida. It’s hard not to recognize that hair. It really went from, “Oh, I hate her, she’s my competition,” to “I love her, I love playing with her, this is it!” 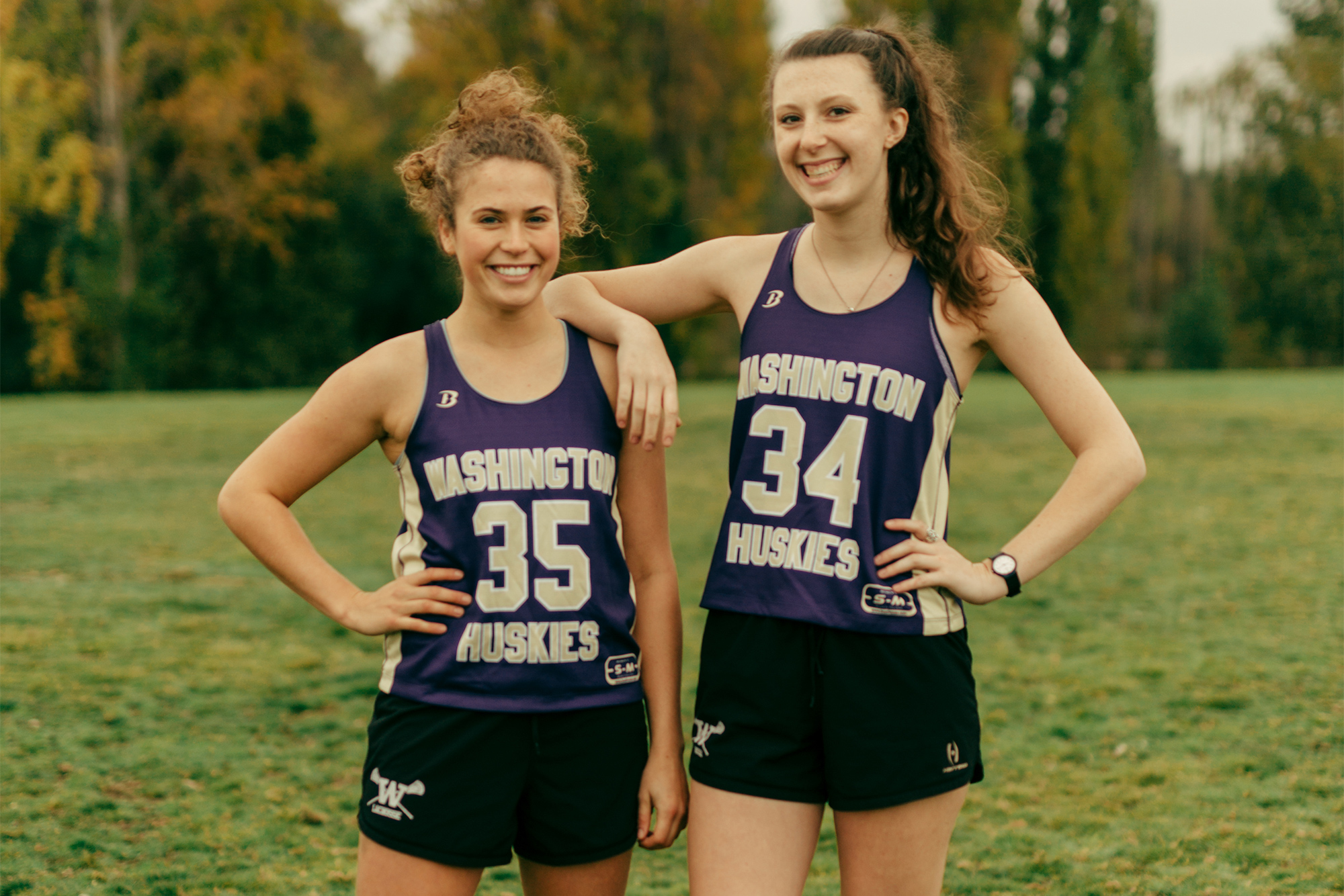 In the Club is a series about the athletes who star in the sweat-soaked world of rec clubs at the University of Washington. David Jaewon Oh, '10, is a Seattle freelance photographer specializing in sports and lifestyle.