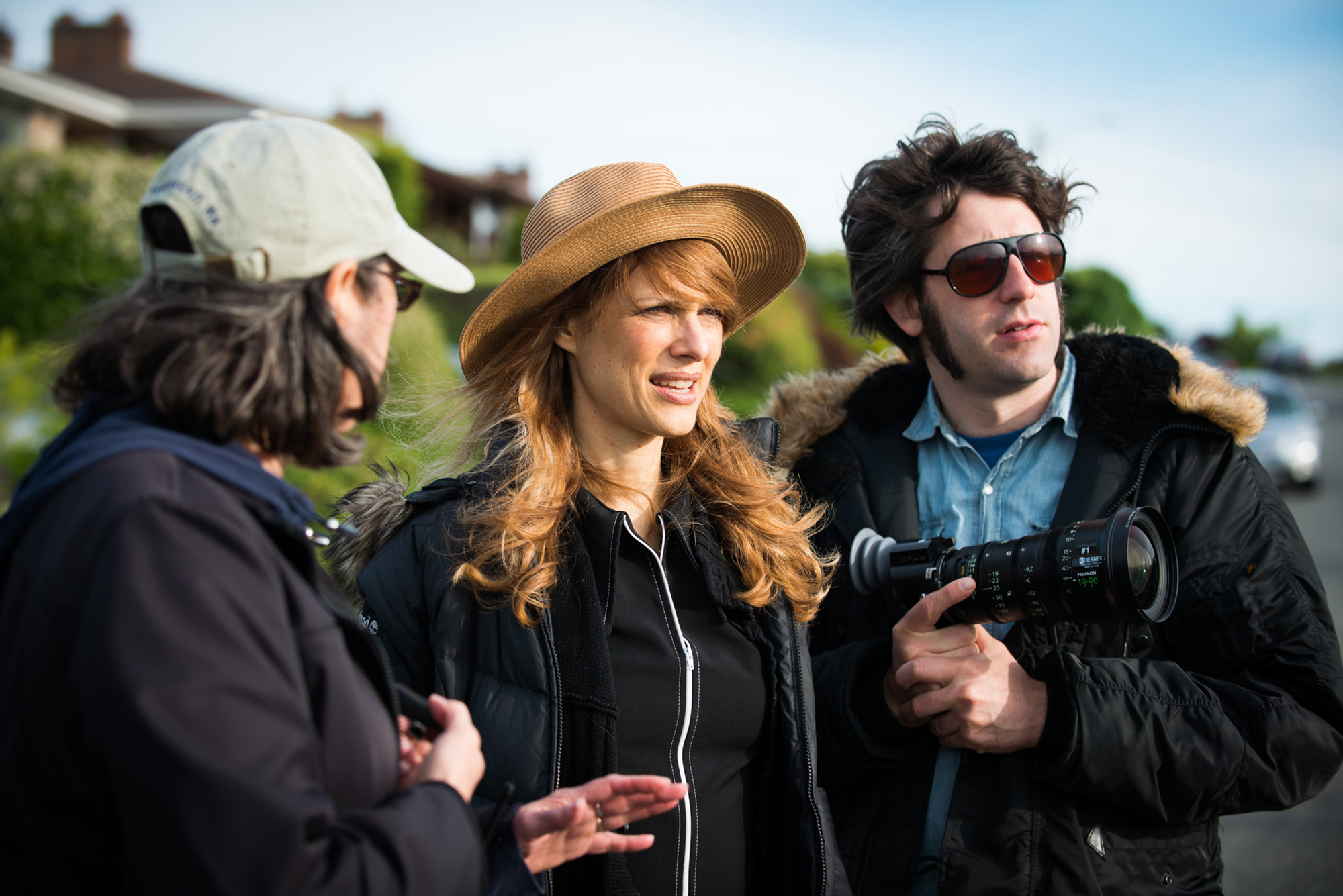 “Throughout the industry, Lynn was known for her nurturing and respectful treatment of every person on her sets,” writes friend and collaborator Lacey Leavitt, ’03.

When Lynn Shelton, ’87, passed away on May 16, Seattle lost one of its boldest and brightest modern artists. The world lost a great filmmaker, and cinema fans are collectively mourning the films we will never see.

Through all of this sadness, I keep reflecting on her light, her work, and her impact, and realizing how lucky we were to have her in our lives. I was privileged to be both a collaborator and friend to such a talented artist and generous human.

Lynn’s success in independent filmmaking started with her first narrative feature film, “We Go Way Back” (2006), which won the Grand Jury Prize at its Slamdance Film Festival premiere. Her second feature, “My Effortless Brilliance” (2008) premiered at South by Southwest. But it was her third feature, “Humpday” (2009), which premiered at Sundance and screened at the Cannes Film Festival, that catapulted Lynn and her Northwest-centered filmmaking to international fame.

Throughout the industry, Lynn was known for her nurturing and respectful treatment of every person on her sets. Her approach to directing and the intimate stories she chose to tell made her a role model for many aspiring female directors. Her open collaborations with cast and crew became her calling card and inspired new generations of filmmakers to tell authentic stories whether or not they had a Hollywood budget behind them.

Lynn’s affection and loyalty for her actors and (often Seattle-based) crew was mutual. She worked with many of her collaborators—including actor Mark Duplass—again and again, even as her fame and popularity grew.

Despite the pressures of her meteoric success, Lynn always centered gratitude, kindness, and joy in her daily life. She loved music and hosted regular backyard bonfire singalongs and karaoke nights. Her impromptu dance parties on set lifted everyone’s spirits and energy during long days of shooting. Lynn had a beautiful voice but it was the fearless abandon with which she sang and danced that always struck me—a physical manifestation of the vulnerability she was so skilled at utilizing both in person and on screen.

Lynn is survived by her son Milo Seal and husband of 27 years Kevin Seal; two sets of parents, Wendy Roedell, ’75, and Alan Roedell and David “Mac” Shelton,’70, and Frauke Rynd, ’87; siblings David, Robert, and Tanya; and Marc Maron, her partner of the last year with whom she frequently collaborated.

Lacey Leavitt, ’03, is a Seattle-based film and TV producer and writer. Her feature credits include Lynn Shelton’s “Outside In,” “Laggies” and “Touchy Feely.”