Magnetic therapy could help some patients with depression

Depression's victims sometimes find that drugs and therapy can't help. Soon there may be a new solution — the power of magnetism.

Mary Manning would pray for relief from her deep depressions. Any kind of relief. Death tempted her, but she knew her suicide would cause her husband and young daughter terrible grief and pain. Some other end—by heart attack or car crash—was more appealing. There were times such thoughts actually comforted her.

Medications and therapy didn’t help, so at the advice of her doctor she tried electroconvulsive therapy (ECT), a controversial but effective means of helping people with intractable depression. She began to feel freed of her depression: able to sleep again, eat a meal, experience less anxiety. It was a blessing, but Manning found she couldn’t share her joy with others.

“Nobody bats an eye when electricity is delivered to a stalled heart,” she wrote in her memoir, Undercurrents. “There is no outcry. In fact, it’s considered a miracle. A person passes from life to death to life again through the application of electric current to the heart. But try talking about the same thing with the brain, and it’s no miracle. Suddenly, words like torture and mind control populate the descriptions.”

The idea of ECT still conjures up nightmares of “shock treatment.” Images from One Flew Over the Cukoo’s Nest and The Bell Jar are burned into the American consciousness. Despite the use of anesthesia and muscle relaxants, advances that have made ECT a painless procedure, it is still often seen as brutal, punitive invasion of a person’s brain. Yet mental-health experts say that ECT is the most effective therapy for people who can’t be helped by antidepressants such as Prozac or Paxil.

Patients who now face the choice of desperate bouts of depression or ECT may soon have a third way, the power of magnetism. Called transcranial magnetic stimulation, the process focuses electromagnetic energy to one site of the brain, sparing the patient the troublesome side effects associated with traditional ECT. 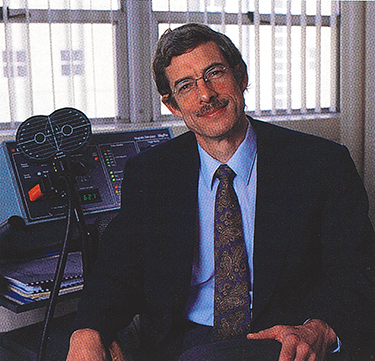 “In virtually every study comparing ECT with antidepressant medications, ECT has been found to be more effective,” explains UW Psychiatry Professor David Avery. “The down side of ECT, of course, is temporary memory disturbance because ECT provides a very diffuse stimulation of the brain. The beauty of magnetic stimulation is that it provides a very focal stimulation.”

Magnetic stimulation works by creating a small electric current in the left pre-frontal cortex, the area of the brain involved in mood, as well as planning for the future. The brain’s memory centers, located in the temporal lobes, are spared any jolts. Because the magnetic field, unlike electricity, doesn’t meet resistance from the scalp and skull, it’s a very localized stimulation.

“Our research shows no confusion or decrease in memory function with magnetic stimulation,” Avery says. “Seizures, the only significant side effect, occur in less than one patient in a thousand.”

His study is open to those who have not responded to at least two antidepressant medications. While Avery doesn’t expect magnetic stimulation to replace medication as a first-line treatment for depression, he feels that the new therapy offers hope to those who have failed on medication and are reluctant to try ECT.

Ten magnetic-stimulation treatments over a two-week period can be enough to produce a positive response. As is true for medication, the speed of response varies with each patient. Unlike ECT, magnetic stimulation requires no anesthesia or muscle relaxant, and patients are alert and coherent throughout the process. After 10 sessions, the patient then begins a medication regimen.

Depression affects between 7 and 17 percent of the population, according to the National Institute of Mental Health. It is a treatable illness, but people with depression are often reluctant to seek help because of the social stigma they feel is still attached to the diagnosis.

ECT, antidepressant medications and magnetic stimulation follow a long line of treatments, some of them helpful, others dubious, used to fight depression. Previous approaches include warm or cold baths, sleep deprivation, barbiturates, and such self-medications as opium, cocaine and alcohol.

The development of antidepressant medications started in the 1950s, when psychiatrists began to learn about the biology of depression. The medications that followed have made a big difference for sufferers of depression. Drugs such as Prozac and Paxil have helped many people with depression, and magnetic stimulation may enable more depressed patients to benefit from these medications.

“Depression is not just a sad mood,” Avery explains. “Depression is associated with changes in basic biological processes. These may include such physical manifestations as unexplained pain, too much sleep or too little, or eating too much or too little. At its worst, depression can lead to hopelessness and suicide. Data indicate that 50 to 75 percent of people who commit suicide can be diagnosed as having suffered from clinical depression.”

The willingness of public figures to acknowledge their own depressions has encouraged others to seek help, Avery says. Famous people who have suffered from depression include statesmen (Abraham Lincoln and Theodore Roosevelt) musicians (Robert Schumann), writers (Virginia Woolf, William Styron and Tennessee Williams), and actors (Patty Duke).

“Gifted people who have had ECT include Dick Cavett and Sylvia Plath, who was able to write brilliant poetry afterward,” Avery says.

The UW has been a leader for many years in finding new treatments for depression, according to Psychiatry Professor David Dunner. UW research on brain medications-beginning before the development of drugs like Prozac-is now based at the Center for Anxiety and Depression, which Dunner directs.

“There’s still a considerable stigma that prevents some people from seeking therapy,” Dunner explains, despite the rising success rate. “As we develop new treatments, we’ve been more effective in helping people get better.”

Dunner sees magnetic stimulation as an experimental therapy that shows promise, part of a broad approach to treating depression. “A percentage of people won’t respond to medicine, so we’ve had to develop therapies for these medication-resistant patients,” Dunner explains. “ECT, though effective, is cumbersome. Something like magnetic stimulation could be helpful as a step before ECT.”

When magnetic stimulation was first used in 1985, it was for patients in the rehabilitation ward, not for those battling depression. By stimulating the motor cortex with a single pulse, doctors could make a subject’s finger twitch. Developed as a diagnostic tool, magnetic stimulation allowed physicians to make precise measurements of the time between an electrical stimulus and a muscular response, a guide to charting possible spinal-cord damage. Other doctors used magnetic stimulation to map brain function, and some researchers began to think of it as a possible treatment for depression about six years ago.

Avery became interested in magnetic stimulation when he heard Alvaro Pascal-Leone of Harvard Medical School speak about the procedure at a conference in 1996. When he looked at the early data, Avery realized that only one other treatment-ECT-could cause so rapid a decrease in depression in a short period of time.

“Even though I administer ECT and see people have miraculous transformations afterwards, I also see its limitations due to confusion and temporary memory loss,” Avery explains. “The possibility of achieving the benefits of ECT without the side effects is very appealing.”

Therapy begins with Avery using an electromyograph machine to detect muscle response, enabling him to find the optimal location and intensity for magnetic stimulation. Then a butterfly-shaped electromagnetic coil is placed against the patient’s head. The machine generates a current strong enough to produce an alternating magnetic field, which in turn produces electricity. The current creates a clicking noise and the sensation of a tiny shock, like the feeling of static electricity on a cold day.

Multiple stimuli are triggered-10 pulses per second-creating a rat-a-tat-tat clicking, with the patient receiving 32 series of pulses during the half-hour session. Patients are able to walk out the door and drive home after their therapy. Those who receive ECT, by comparison, may be confused for a few hours after each treatment.

Early results show that, after magnetic-stimulation treatments, some patients score lower on a standard measure of clinical depression. Avery’s current study compares the response of subjects who receive magnetic stimulation to those who receive a fake stimulation. There is no cost to participants in the study, but because the procedure is still experimental, it cannot be offered to the general public and is not covered by health insurance.

Avery seeks funding from the National Institutes of Health to expand his research and answer key questions: How long does the positive effect of magnetic stimulation last? What’s the optimal length of each treatment session? What patients will benefit from the therapy?

Comparisons between ECT, psychotherapy, and medications show why magnetic stimulation, a relatively benign version of ECT, is of such interest to Avery and fellow psychiatrists. Studies have shown that patients treated with ECT have significantly lower death rates than those who receive psychotherapy, and drugs have a lower response rate and take longer to act than ECT, prolonging the agony of depression.

Early results are encouraging, but so far there is too small a sample to provide definitive answers. Avery is optimistic that magnetic stimulation may prove to be an effective alternative to ECT for people with medication-resistant depression.

Author Martha Manning wrote about her recovery from depression after ECT treatments and hospitalization. Though unwilling to be “the ECT poster girl,” she is realistic about what it did for her.

“I am the first to admit the downside – confusion and memory loss. But damn it, it worked. I didn’t want to have it. Who would: I didn’t want to have a Cesarean section either. But I got (my daughter) Keara. A beautiful healthy new life. It was no picnic. But I’d do it again in a heartbeat.”