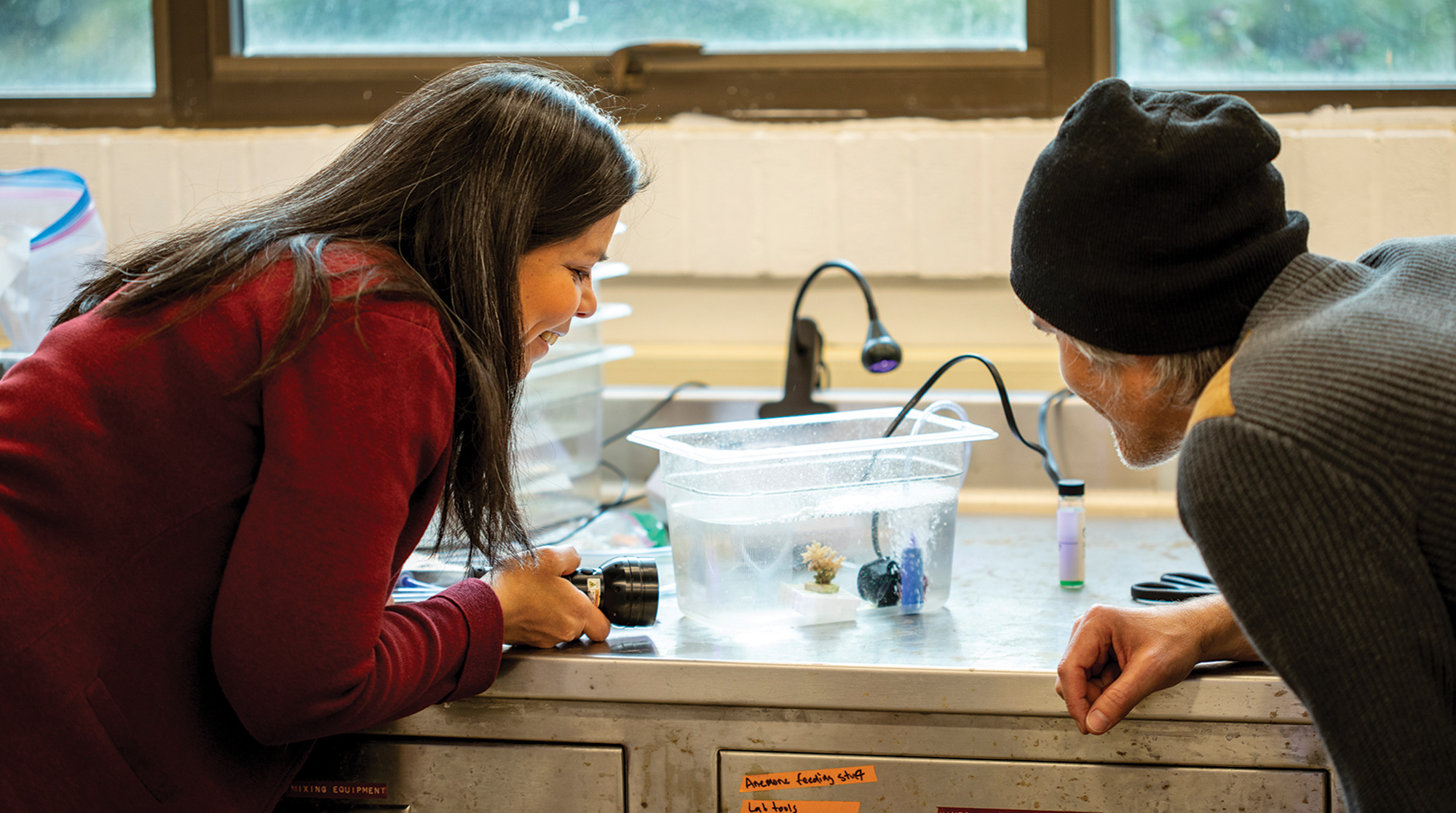 The Sloan Foundation recently awarded four UW faculty, including Jacqueline Padilla-Gamiño, early career Alfred P. Sloan Fellowships. Padilla-Gamiño, who came to the UW in 2016, studies algae and marine invertebrates. She considers issues like global environmental change, ocean acidification and microplastics in the ocean, and already has a national reputation for working across cultures and reaching beyond her scientific community.

One example of this is her bilingual children’s book, “Kupe and the Corals,” which tells the story of a boy in French Polynesia who discovers the beauty and diversity of coral reefs and the ecological community they support.

The idea for the illustrated book came from Padilla-Gamiño’s own experiences as a child in Mexico watching scientists do field research and as an adult scientist encountering children curious about her own fieldwork studying corals. “Kupe” was published in 2014 as part of the National Science Foundation’s Long-Term Ecological Research Schoolyard Series.

Candidates for the Sloan awards are nominated by their peers and selected based on their research, creativity and potential to become leaders in their fields. Each fellow receives $75,000 to apply toward their work. The UW’s three other fellows are Kyle Armour (Oceanography and Atmospheric Sciences), and Yin Tat Lee and Hannaneh Hajishirzi (both Computer Science and Engineering).

At top: Sloan-award winner Jacqueline Padilla-Gamiño studies ocean change and writes about science and culture for children. Here, she and Jeremy Axworthy, a graduate student, run an experiment to see if a coral ingests microplastics.