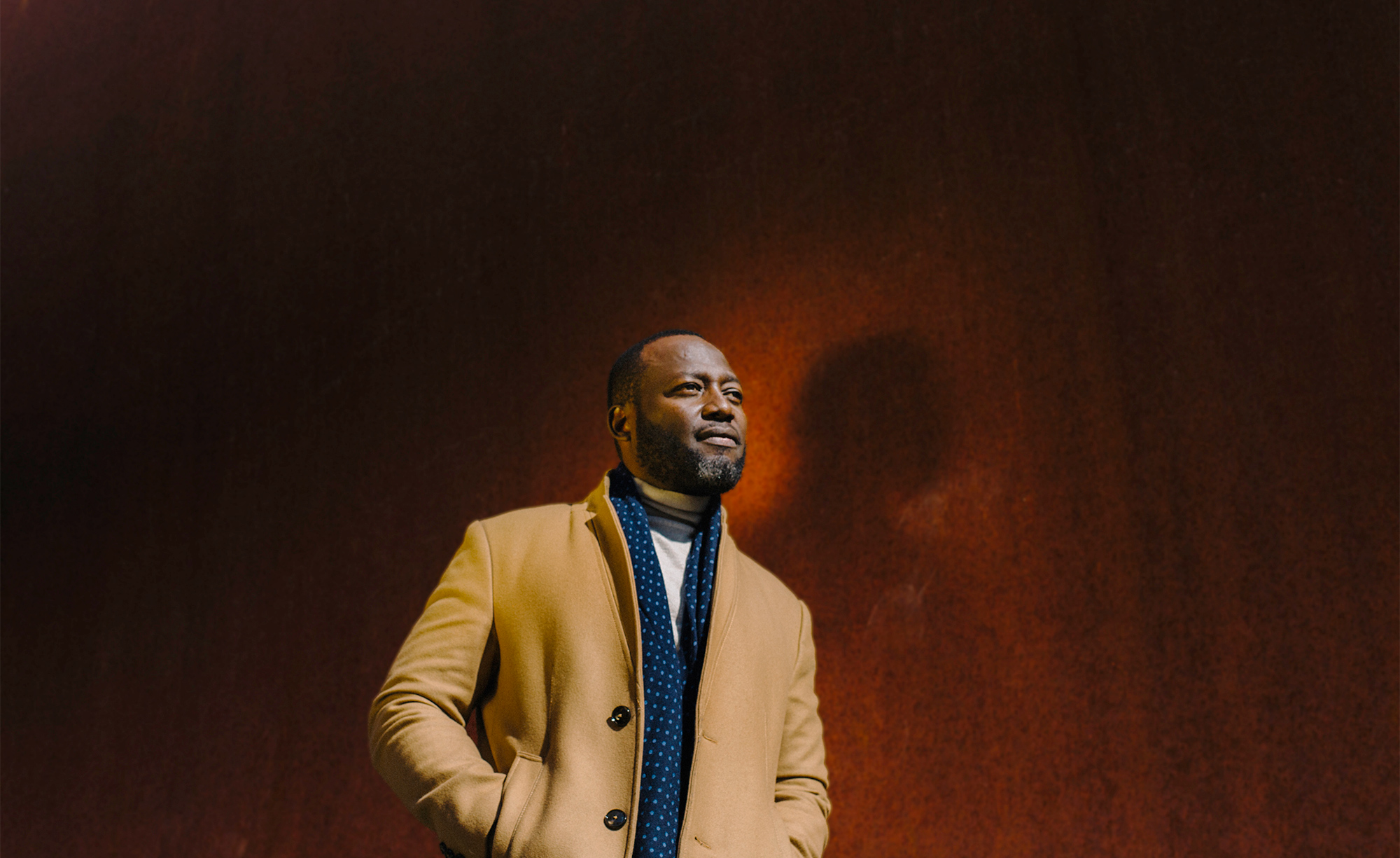 “The idea came out of my time at UW,” says Godwin Gabriel, ’14, who runs a Black-owned alternative to Uber and Lyft.

Godwin Gabriel wants to change the way Seattle moves, and he’s doing it with patience, charisma and empathy for the workforce.

His mobile app, called Moovn, is a ride-sharing platform similar to Uber or Lyft. But Gabriel hopes to attract potential drivers by paying them a larger share of the fee than the industry giants. As for the customers, Moovn has no surge pricing (when customers are charged more during “peak hours”), and it allows riders to schedule rides up to a month in advance. Wait times are still longer than a standard Uber or Lyft ride, but the prices is usually less than half that of a cab, according to the company.

Using town cars, luxury cars and rickshaws alike, Moovn serves clients from Portland and New York to Dubai and Johannesburg. According to Gabriel, the platform expects at least 40,000 users by 2020, especially in Africa. In the Seattle area alone, it has 1,800 drivers, as well as 1,600 town car and high-end black car drivers.

Gabriel knows that it takes years to learn how business works. Being humbled is a rite of passage. “You have to be broken down,” he says. And broken down he has been.

Five years ago, he had completed the Global Executive MBA program at the Foster School of Business. He was 38 years old, flying high, and had come up with the idea for a ride-sharing app called Moovn, which would focus on treating drivers well and offering customers a wide range of options.

The pressure he felt was intense. The app was only a fledgling idea, and Gabriel was jobless with two young mouths to feed and no money coming in. 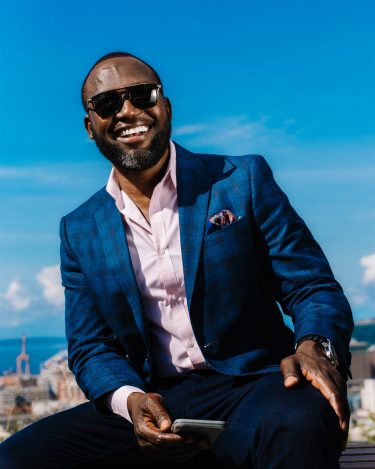 His mother pushed him forward anyway. She told him that if he couldn’t find a job, he should create his own. She had seen those stars in his eyes since he was a 16-year-old in Tanzania who sweet-talked his way into climbing the ranks at a coastal hotel in the city of Dar Es Salaam. She remembered the kid who took a director from that hotel out on a lunch he could barely afford before sealing the deal; she knew what he was made of, and made for. That’s why she had sent him to the United States for college.

Gabriel began learning to code from YouTube tutorials and worked on Moovn while searching for jobs. The job search was so frustrating that he decided to water down his résumé to a high school diploma so he could accept a job at a factory. But between spending nights tirelessly coding and developing the app, working at the factory during the day, and caring for his children, Gabriel hit a low point.

He recounts how bad it felt to remove his UW MBA from his résumé to get a job so he could make ends meet. But he’s been bootstrapping it since he was 16.

“I didn’t feel any greater than any of the people I worked with,” Gabriel says of his time at the factory.

Without this humility, Moovn couldn’t have grown into what it is today. The app is disrupting a near-impossible market to enter. Borne of what Gabriel refers to as his “darkest hour,” the company is centered around the idea that if you treat your workforce right, they’ll treat customers better, too. When Uber was embroiled in scandal following the 2018 class-action lawsuit filed by women and people of color alleging discrimination and sexual harassment among the engineering workforce, Moovn was hiring a senior leadership comprised mostly of women.

In his ongoing search for a COO, Gabriel says he is looking for a woman to fulfill the position. “The variation of thought is needed,” he explains. He wants the company to reflect his values for those whom he spent tireless days and nights that stretched into years creating it: his daughters, one of whom is now a pre-med student at UW. “I want them to see the image of leadership in this company,” Gabriel says. “I’m raising future leaders.”

Gabriel built the company around one thing: the driver. “Godwin is a young man, he’s a gentleman,” Moovn driver Shamarke Goodir says. “He created this app from an opportunity. He’s doing hard work [to make] every worker happy.” Goodir has worked in transportation since he moved to the U.S. from Somalia in 1996.

With his wealth of experience in the industry, Goodir knows a smart guy and a good boss when he sees one. Gabriel believes that people are given an innate talent for something in life. Once you do that, he says, you’ll never get bored. His innate talent is talking to people, making deals and making people happy.

That’s how he built a business with a soul.

The Innovation File is a blog about Husky inventions, creations and imaginations. Manisha Jha is a UW undergraduate studying health sciences. Jessica Rycheal is a photographer in Seattle.