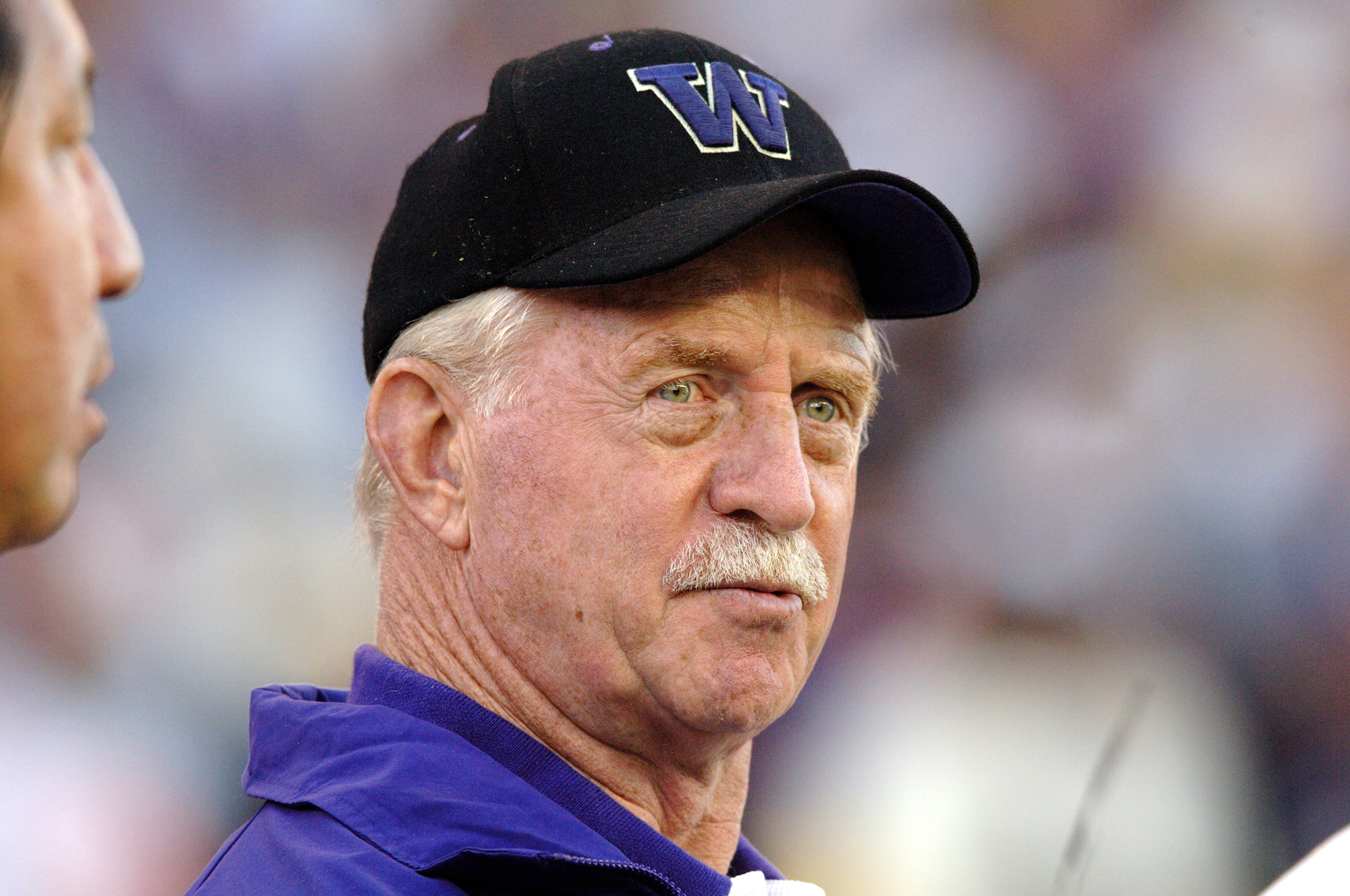 Editor’s note: Jim Lambright, ’65, who died March 29 at the age of 77, spent 40 years on the Husky football coaching staff. His daughter Kris, ’86, recalls her father.

I took my first steps in Pasadena where my dad, Jim Lambright, and the Huskies were about to play in the 1964 Rose Bowl. That was a memorable first as part of the Husky family.

Being a Husky has been a family affair. My dad, mom (Beryl Simpson), brother Eric and I all attended UW. Both of my mom’s parents were Huskies. And my mom went back to UW to get her law degree when Eric and I were there as undergrads.

But my Husky family is much more than just my biological family.

My husband, Tim Hevly, didn’t attend UW but was an intern in the UW Sports Information department. We met through mutual UW connections in a van headed to see the Huskies play at Cal. Both of Tim’s parents were Huskies. His dad spent most of his career on the staff at UW, and two of his siblings work there now. The Hevly family is a special part of my Husky family. 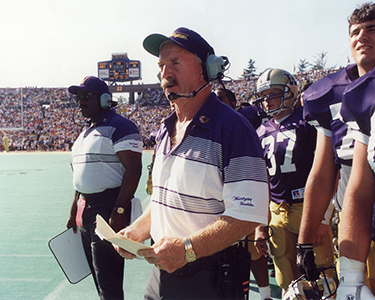 Lambright was a longtime assistant and head coach of the Husky football team from 1993 to 1998.

I played piccolo in the Husky Marching Band, and I met many of my closest friends in band. My dad appreciated the band and was very close to director Bill Bissell. Dad would always stop and shake Bissell’s hand as he ran across the field on his way up to the coaches’ box before every game. The band alums and the Bissell family are part of my Husky family.

Dad was very proud of my brother Eric, who was a walk-on defensive back and two-year letter winner. And Eric did something Dad never did at UW: he scored a touchdown! In 1984, Eric recovered a fumbled kickoff against Miami of Ohio. I will always remember Eric holding the ball, pointing at Dad up in the coaches’ box as he ran off the field.

Hearing the impact my dad had on the lives of the hundreds of young men he coached has been amazing. Knowing that so many others benefited from his coaching and teaching helps make up for the time we missed with him. Dad also worked with many other dedicated coaches and athletic department staff during his tenure. The current coaches and staff welcomed him the past few years when Dad didn’t always understand why he couldn’t be on the sidelines at practice or just drop in to coaches’ meetings. All those players, coaches and athletic department staff are part of my Husky family.

In recent years, Dad loved to go to Husky games via boat. He usually went with his good friend Clayton Olson, whom he met over 50 years ago when Clayton offered to help with UW recruiting. They were warmly welcomed on several boats, including the Big Dawg, owned by the Miles-Kittilsby family. The Mileses have been family friends for decades. My grandfather Jack was a skipper on Frank and Jeanie Miles’ boat after he retired from commercial fishing. And my grandmother Eloise rode the Big Dawg to Husky games for years when Dad was coaching. Clayton, the Miles family and many other sail-gating families are all part of my Husky family.

We donated my dad’s brain to the UW Medicine Brain Repository and Integrated Research Laboratory and his other organs to the UW autopsy center for education. My brother Eric said it best: It gave purpose to his passing.