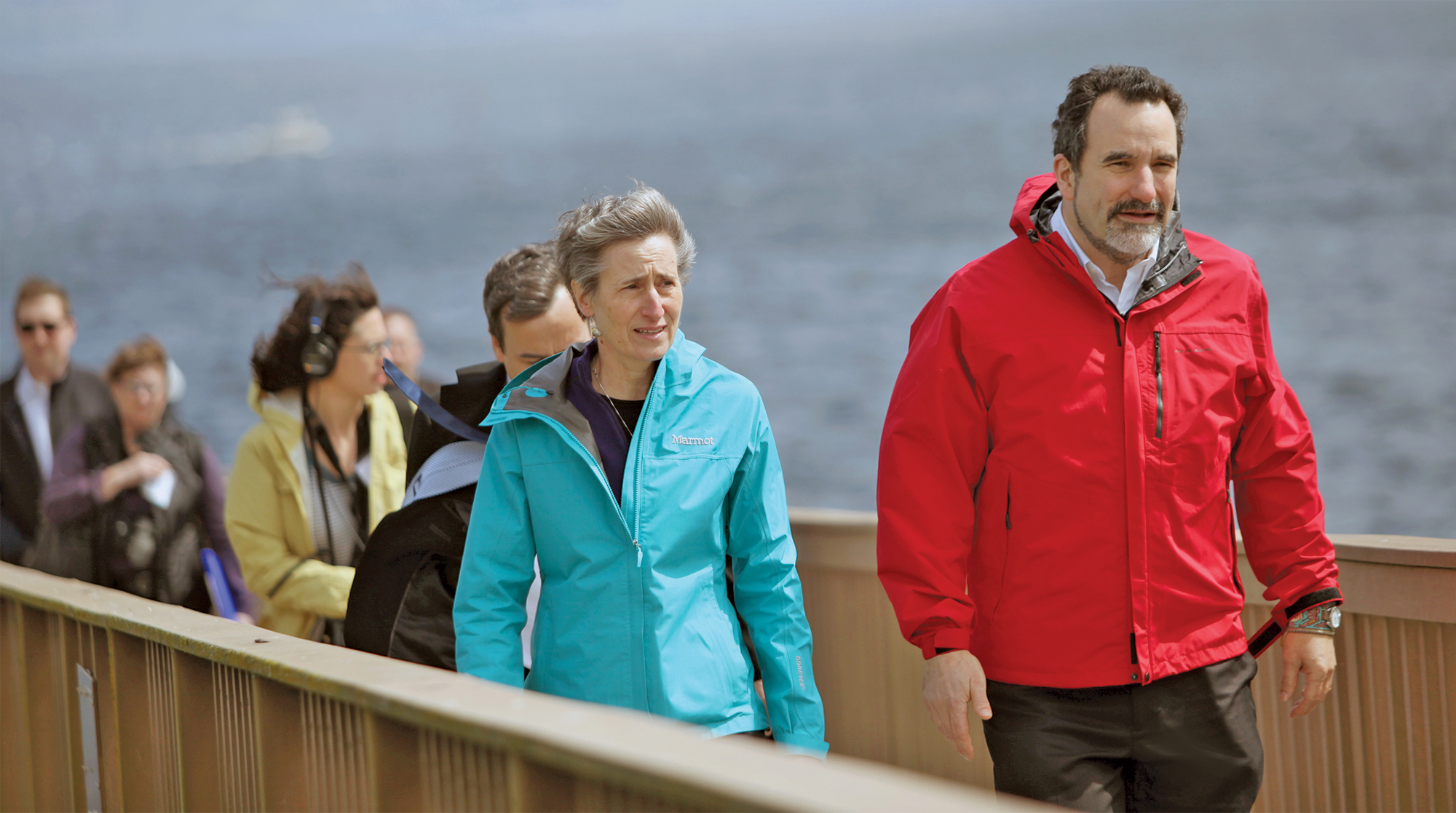 As a student, Leonard Forsman, ’87, dreamt of a day when tribal students and tribal nations would be appropriately recognized on campus and beyond. Since finishing his anthropology degree, he stayed close to the UW, serving as both volunteer and adviser. Now, as a UW regent, he plans to help steward the school as well as represent Indigenous people at the highest level.

“I look forward to being present because I think what happens is that priorities are expressed within a university, but then you can’t accomplish all of those priorities,” Forsman says. “But you want to make sure you stay elevated. So that will be my job: to keep those priorities that the tribes have been asking for elevated and maintained.”

Forsman made history in October when he became the first Native American in state history to be appointed to a board of regents. But his is a long record of serving communities. Tribal chairman of the Suquamish Tribe since 2005 and president of the Affiliated Tribes of the Northwest Indians, he also serves on numerous boards, including the Kitsap Regional Coordinating Council, the Friends of Waterfront Seattle and the Washington Indian Gaming Association. He has also been vice chairman of the Advisory Council on Historic Preservation, a federal agency.

As a student, he worked as an intern at the Suquamish Tribal Archives in a partnership with the Burke Museum and later became director of the Suquamish Museum. Forsman remains on the Burke’s advisory board, where he works with the museum’s tribal liaison, Polly Olsen, ’94. Forsman’s appointment to the Board of Regents was celebrated by the Native community, says Olsen.  “Why is it so important for Leonard to be there?” she asks. “I feel like the university is now correcting its responsibility to tribal communities. It’s very important for government-to-government relationships. Leonard’s leadership gives us a voice for appropriate change and for holding the university accountable instead of the rhetoric that that has been experienced for a very long time. For decades.”

Forsman’s strengths are his understanding of the differing needs and positions of the many Native communities in the Northwest and his ability to build consensus among those competing viewpoints, says Olsen, a member of the Yakama Nation.

“As a leader he understands that diversity and the differences between us. He can make sure that everybody is represented.”

Forsman says that over the years, he and other Native students at the university found community and resources available to them, but he wants to increase both significantly. He’ll promote the construction of the second phase of wǝɫǝbʔaltxʷ—Intellectual House, the learning and gathering space for Indigenous students and others that opened in 2015. He’ll also support the UW’s research efforts, the recruitment of Native faculty and students, and the development of a tribal curriculum.

Forsman credits the help of Native teachers, including Vi Hilbert, in achieving his goals at UW, and he believes a network of faculty who can create a welcoming community is essential. “They were there trying to keep us together and encourage us to keep engaged and enrolled and completing our degrees,” Forsman says. “My experience was I had to learn how to adapt to the culture of the University. So that was difficult. And I think that it’s probably difficult for all students, but I think it’s even more so for American Indian students, many who are the first to attend college or first to attend a big campus like that.

“There are high expectations—your own expectations and then maybe your community’s expectations—and sometimes they’re hard to meet. But the faculty just wants you to be happy and learn and have a good experience. I think we want to get the university to start adapting to our culture, too, so it’s like we’re kind of trying to reverse roles here.”

Pictured at top: Leonard Forsman, ’87, walks with then-Interior Secretary Sally Jewell, ’78, a former UW Regent, during a 2014 visit in Suquamish.