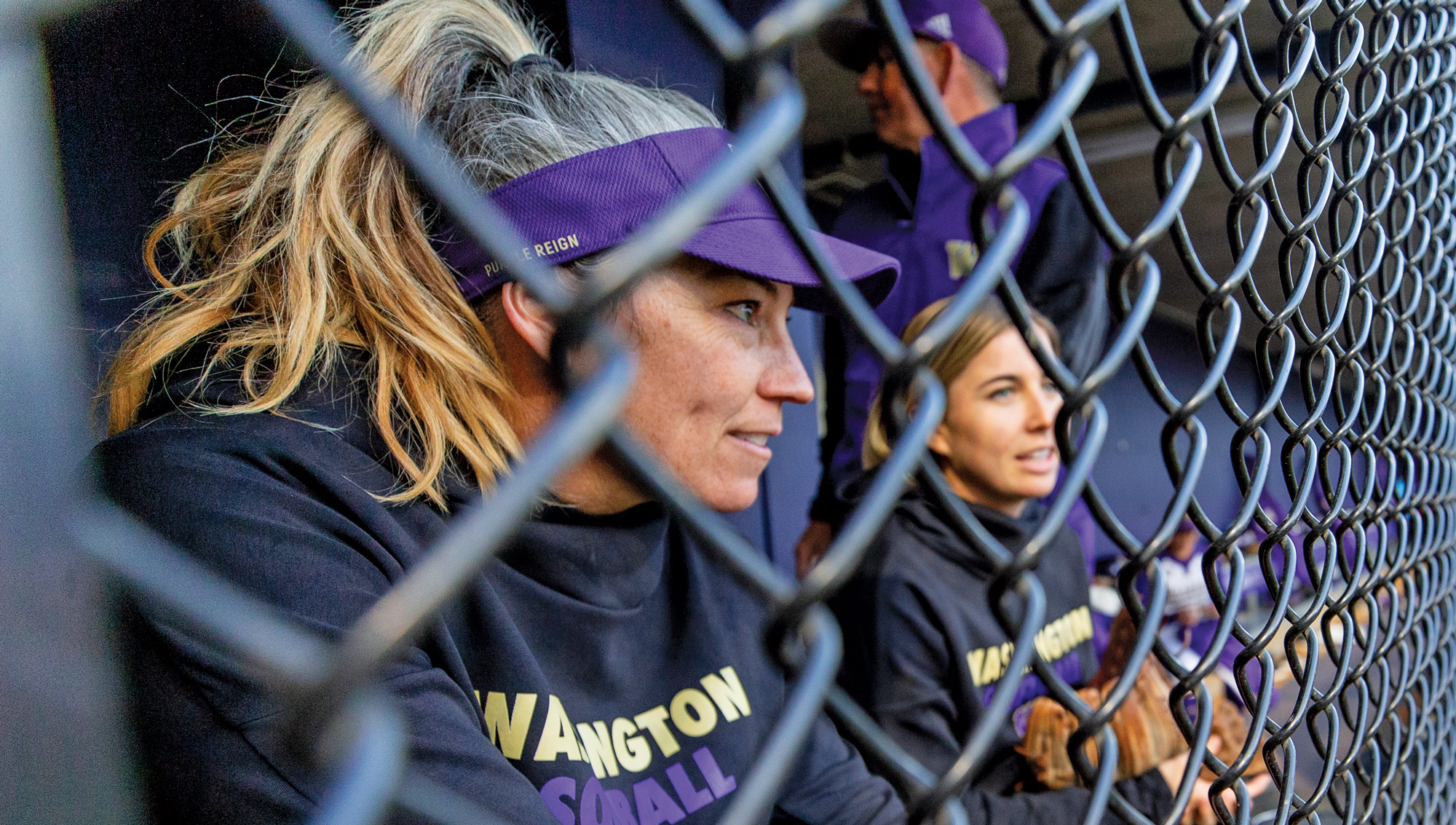 New contract keeps UW softball coach in the fold through 2029

The winningest coach in UW athletics history isn’t Don James or Marv Harshman or Chris Gobrecht. That honor belongs to Heather Tarr, ’96, who has compiled a career record of 742-277-1 entering her 19th year as the Huskies’ softball coach in 2023. And the UW wants to make sure she isn’t going anywhere, signing her to a contract extension through 2029.

“The University of Washington has been my home for a long time now, and I am so proud to know that it will continue to be for a while longer,” Tarr says. “I appreciate the continued support from [Director of Athletics] Jen Cohen and our athletic department, donors, student-athletes and the alumni who have built this program.”

Tarr, a former Husky infielder who became the head coach for Team USA in 2021, has contributed so much to building the incredibly successful Husky softball program. She has guided the Huskies to two Pac-12 championships, 17 NCAA Regionals, 14 NCAA Super Regionals and seven College World Series appearances. She also led the Huskies to their first NCAA title in 2009.

Tarr, who has been a part of 24 of the program’s 30 years as either a player or a coach, has developed 33 National Fastpitch Coaches Association All-Americans, 104 All-Conference players and 10 Pac-12 Players of the Year. Five times the Huskies won 50 or more games, and Washington has been ranked in the NFCA National Coaches Poll for 216 consecutive weeks.

“I can’t wait to see what the future holds,” says Tarr. A lot more victories, no doubt.