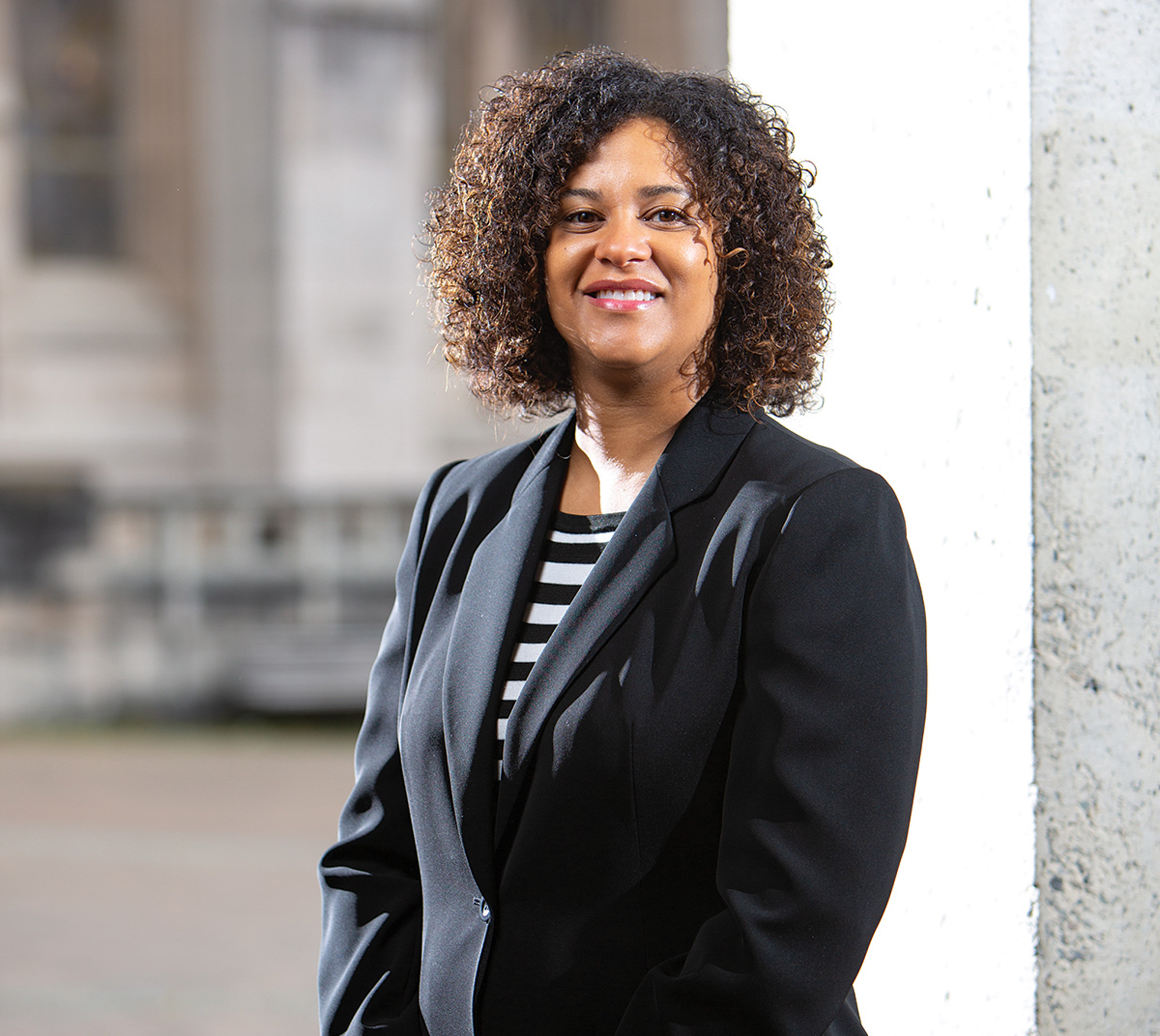 Joy Williamson-Lott wants to attract students who seek to make a positive impact on more than their own careers.

In her research on colleges in the South in the mid-20th century, Joy Williamson-Lott found that the schools that wanted strong graduate programs were pushed to embrace academic freedom and freedom of speech. They had to if they wanted to qualify for federal money and research rankings. In turn, says the new dean of the UW Graduate School, the students and faculty at those schools attracted and influenced the communities around them.

Williamson-Lott explores this history in her book, “Jim Crow Campus: Higher Education and the Struggle for a New Southern Social Order.”

“Through my studies in the South, I came to realize that graduate education is not only important for individuals, but for society more broadly,” she says.

She was drawn to the job of Graduate School dean in part by her belief that a strong graduate education program is essential to an engaged community—and a healthy democracy. “Graduate school work is about discovery, unfettered conversations and having research institutions as intellectual hubs,” she says.

“From the president on down, we are working hard to be even more committed to diversity in deep and meaningful ways.”

Williamson-Lott, who joined the faculty of the College of Education in 2007, was named dean in July. She starts her new job with a focus on building financial support for graduate students, and is working with schools and programs around the University to do the same. “Part of my job is helping donors understand that it’s not just individual students they’re helping, but a public good,” she says.

Another of her priorities is to further diversify the student body across campus. The UW currently has 14,498 graduate students, 12.5% of whom are underrepresented minorities and 54% of whom are women. The University has been committed to recruiting and supporting underrepresented graduate students for decades, she says. The Graduate Opportunities and Minority Achievement Program, for example, will celebrate its 50th anniversary next year. “And now, from the president on down, we are working hard to be even more committed to diversity in deep and meaningful ways.”

The Graduate School’s primary purpose is to advance research and support the many graduate programs across the three campuses. “We’re also focused on helping our students find and create community here at the UW,” Wiliamson-Lott says.

The UW is a great place to be in graduate school, she says. “We have unmatched resources on campus like libraries, the number of labs, and hands-on research and outreach experiences students can find on campus as well as off in our communities. And we hope to attract a particular kind of student who is interested in making a broader impact rather than just in their own personal good.”

Along with Joy Williamson-Lott, several other leading scholars and faculty from underrepresented communities have joined the ranks of UW administrators.

Last summer, James McShay joined UW Tacoma as the assistant chancellor for Equity & Inclusion. He comes from the East Coast, where his work included directing the Office of Multicultural Leadership & Community Service Learning at the University of Maryland in College Park.

Sharon A. Jones joined UW Bothell this summer as vice chancellor for academic affairs. She comes from the University of Portland, where as dean of the engineering school, she increased diversity among students and faculty. Her scholarly work has been recognized by the Lafayette College Association of Black Collegians Faculty and the Indian Health Service.

Renée Cheng, dean of the College of Built Environments, recently led the American Institute of Architecture’s Guides for Equitable Practice in the Workplace. The guides are part of the AIA’s commitment to ensure that the profession of architecture is as diverse as the nation it serves.

The dean of the School of Law, Mario Barnes, is a nationally known expert for his research into the legal and social implications of race and gender, primarily in the areas of employment, education, criminal and military law.