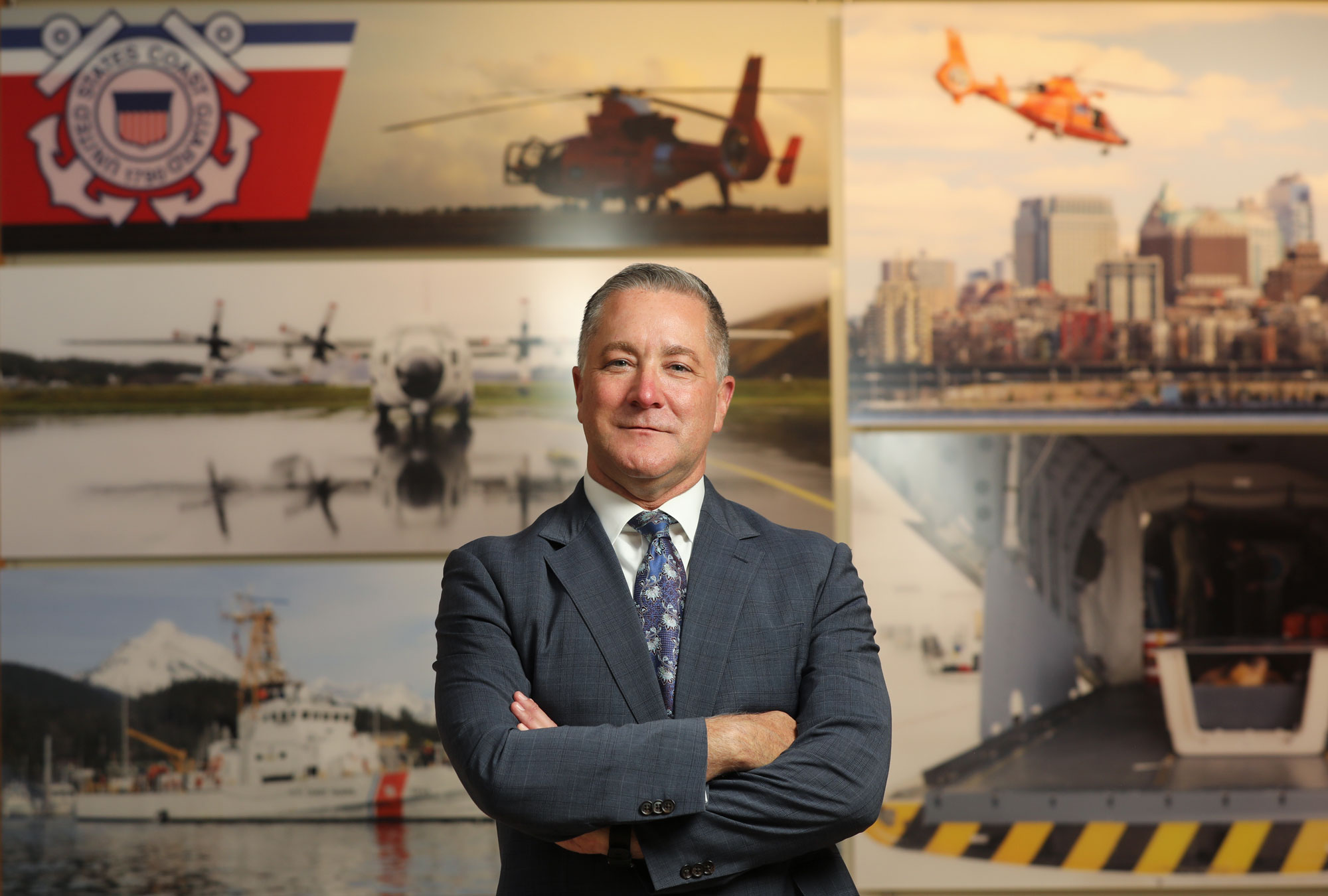 Twenty years ago, it would have been easy—and understandable—for Michael Kilmer to turn his back on the armed forces. At 32 and with a lauded 14-year career in a Seattle-based unit of the Coast Guard, the young yeoman was on the verge of being promoted to officer when he disclosed that he was gay. Despite his years of passion, dedication, and commendations, Kilmer was forced out of the Coast Guard in 2002 as part of the discriminatory “Don't Ask/Don't Tell” military policy that resulted in the discharge of an estimated 14,000 non-heterosexual service members during the years it was in place. Instead of wallowing in self-pity or turning bitter toward the institution, Kilmer decided to take action, becoming highly involved in the movement to repeal and replace the policy—which finally happened in 2011. In the two decades since his discharge, Kilmer dedicated his life to helping those who have served, holding several leadership positions at the U.S. Department of Veterans Affairs, where he currently serves more than 100,000 veterans in his position as the Director/CEO of VA for the Eastern Colorado Health Care System. 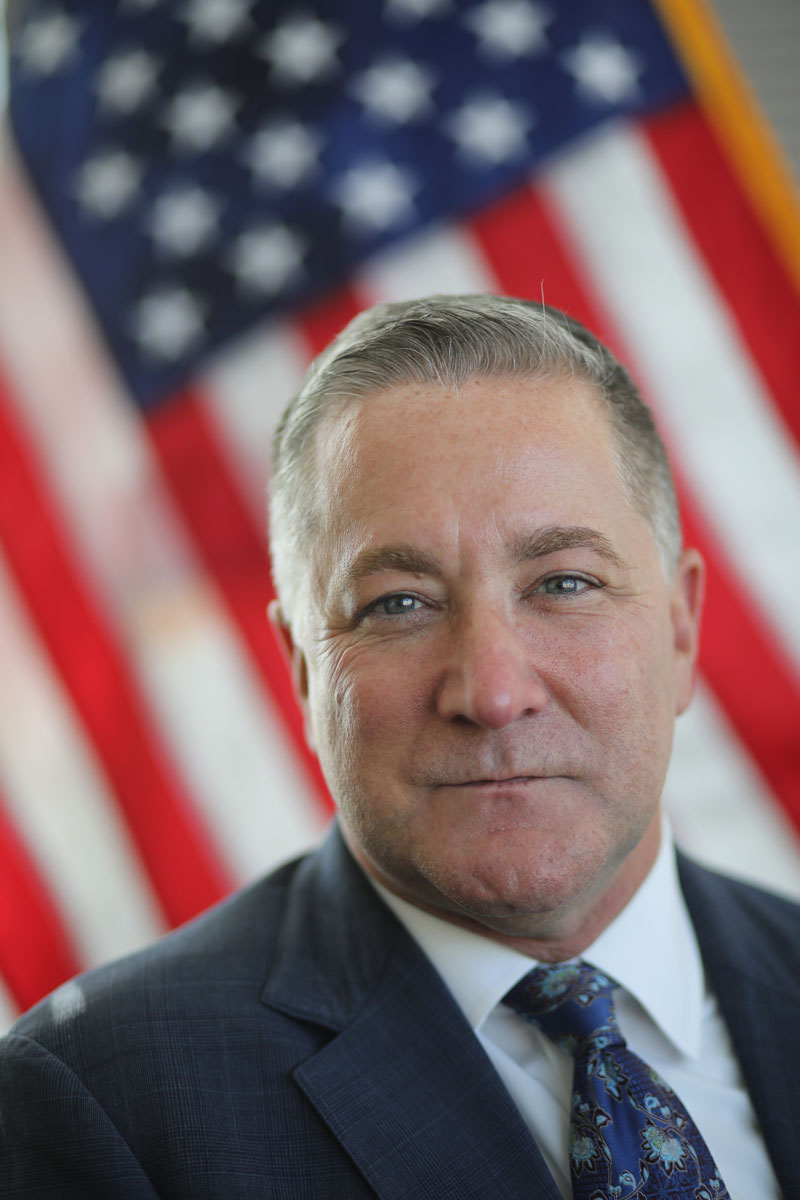 In addition to this award, Michael Kilmer, ’01, ’04, was the first recipient of the UW School of Social Work’s Early Career Achievement Award in 2014.

“I bear no resentment toward the Coast Guard,” Kilmer says. “I loved my time there, and I still live by the Coast Guard values: honor, respect, devotion to duty. Those values lead nicely to working for the VA, where I believe we have an honorable mission. Regardless of how someone feels about how we use our military, the people who serve are our brothers and sisters, our friends, and neighbors, and they deserve a community when they come back home.”

Kilmer ,’01,’04, is the 2022 recipient of the University of Washington’s Distinguished Alumni Veteran Award, which recognizes a living UW alumnus veteran who has made a positive impact on the local, national, or international community. Aside from his Coast Guard service and work at the VA, Kilmer founded the American Veterans for Equal Rights in Seattle in the early 2000s and has dedicated countless hours to volunteerism, especially for causes supporting children and teens.

“I think we should all strive to better understand the people around us,” he says. “For our society to thrive, everyone should engage in service in some way—it doesn’t have to be the military; there are many ways give back.”

After his honorable discharge, Kilmer enrolled in the UW School of Social Work (he had completed his bachelor’s degree through UW Tacoma’s Interdisciplinary Arts & Sciences program) with plans to eventually open a private practice. For one of his required internships, Kilmer landed at the VA Puget Sound—the VA is the single largest trainer of health-care professionals in the country—and soon realized that he had a passion for serving those who have served the country.

“For our society to thrive, everyone should engage in service in some way.”

“It bolstered my belief that the VA has the most honorable mission out of all of the federal agencies,” he says of his time at the VA Puget Sound. It’s a refrain said with conviction and repeated several times. “If someone has raised their right hand and given the oath to serve, then we owe them support and services when they return.”

Kilmer has made his own oath of sorts, putting time, energy, and heart into helping others and building strong communities wherever he goes. From veterans and their families to the staff members he mentors, Kilmer recognizes the beauty and resilience of the human spirit in each person he meets. Over the past 18 years, he has worked for the VA in various capacities across the country, from Washington, D.C. to San Diego to Colorado. In San Diego, he developed a nationally recognized care management program for returning post-9/11 combat veterans with the VA San Diego Healthcare System and worked on and implemented the Intimate Partner Violence Assistance Program nationally; which received a $17 million expansion in 2018. In 2014, Kilmer was honored by the UW School of Social Work with its inaugural Early Career Achievement Award.

“I don’t think I would have come out in the Coast Guard if it wasn’t for UW,” Kilmer reflects. “My experience in the UW community, with its focus on diversity, equity, and inclusion—that really gave me the courage to not only come out but to also advocate for those values in everything I do.”