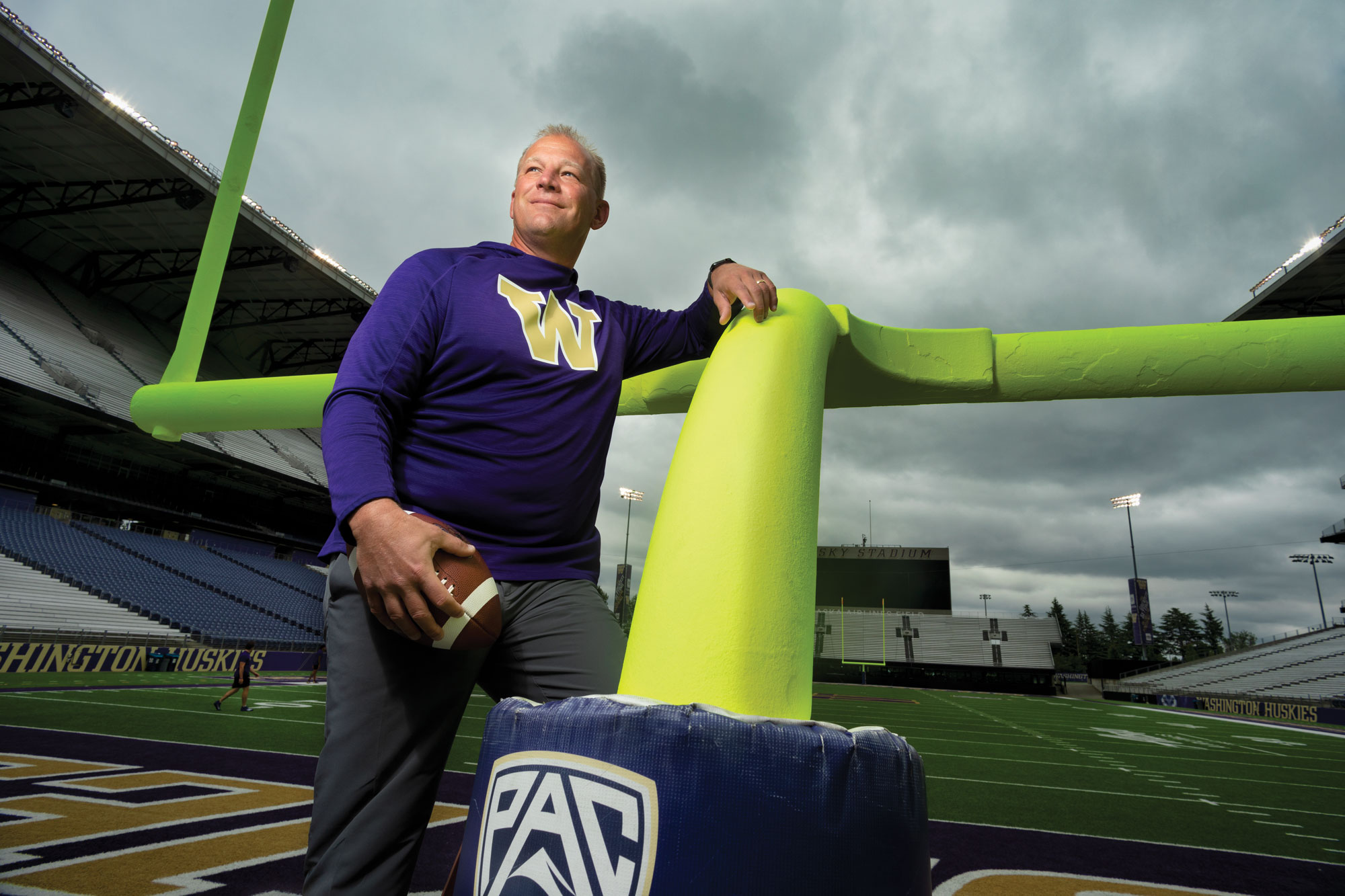 With high expectations and a sense of urgency, new head coach Kalen DeBoer lands in the Evergreen State and sets his sights on taking the Huskies back to the top

The first time Kalen DeBoer stepped inside Husky Stadium was on a spectacular September day five years ago. Lake Washington shimmered in the background, providing a glorious setting for a late-afternoon nonconference football game between the No. 6-ranked Huskies and Fresno State. Unfortunately for DeBoer, that’s where his joy ended. At the time, he was Fresno State’s offensive coordinator, and on that day, nothing went right for the team from central California. The 2017 Huskies—fresh off earning a berth in the 2016 College Football Playoff—raced out to a 41-7 halftime lead and coasted to a 48-16 romp before 68,384 satisfied fans who had national title hopes on their minds.

The second time DeBoer stepped inside Husky Stadium, things were a bit different. It was just a couple of days after this past Thanksgiving, only this time, he was taking a tour of the stadium’s offices and facilities instead of being in the coaches booth in the press box. With him were his wife, Nicole, and their daughters Alexis and Avery. And this time, DeBoer was not the opponent; he was being welcomed as the 30th head coach in Husky football history. “Looking out over the lake, seeing snowcapped mountains, the view was really something,” he recalled this summer. “Sharing that with my family is something we’ll always cherish.”

His arrival from the heart of California’s lush San Joaquin Valley couldn’t have come at a better time, for things on Montlake had been uneasy ever since Chris Petersen surprised everyone by stepping down after the 2019 season, his sixth at the helm. In the two years since, Husky fans endured the pandemic, a disappointing 7-9 record for 2020 and 2021 and their third head coach in three years. Not exactly the recipe for the kind of success expected up here.

But if anyone knows a thing or two about success, it’s DeBoer, 47, who brings a remarkable resume to Husky football, such as a 79-9 record as a head coach along with three national championships. While he wasn’t the biggest-name coach available, DeBoer, a native of tiny Milbank, South Dakota, arrived in the Emerald City with just about everyone in the nation congratulating the Huskies for hiring a coach who was such a great fit. DeBoer knows he has a big job ahead of him, namely returning the Dawgs to national prominence for a fan base itching to see them contend for a conference title—and more.

“Success is what this place is all about. Fans expect it.”

“As someone who grew up in the Midwest, I knew this has always been a program that does things right,” says DeBoer, who was born, raised, educated and started his coaching career in South Dakota. “The Huskies go to Rose Bowls, and they have their priorities in the right order.” He was alluding, in part, to the June announcement that the Husky football team had once again led the Pac-12 with a 993 APR score, a measure of academic performance, topping West Coast academic powerhouses such as Stanford, Cal and UCLA. “There is a great tradition of academic success here at UW.” Fans are just as eager to see that success play out in Husky Stadium so the Huskies can return to being a regional and national power. DeBoer, an All-American wide receiver at the University of Sioux Falls, thinks he knows how to get there.

“Attacking, going after the opponent right away, is the way we will play,” says DeBoer, who has created offensive powerhouses during his 25-year coaching career, which includes seven years as a head coach (two years at Fresno State and five years at the University of Sioux Falls) as well as stints as offensive coordinator, quarterback coach and wide receiver coach at other schools. His head-coaching record is nothing short of eye-popping: in five years leading the University of Sioux Falls, the Cougars went 67-3, won three NAIA championships, were runner-up once and made the semifinals the other year. At Fresno State, where he was the head coach for 2020 and 2021, he went 12-6 and made the Bulldogs a team to fear. 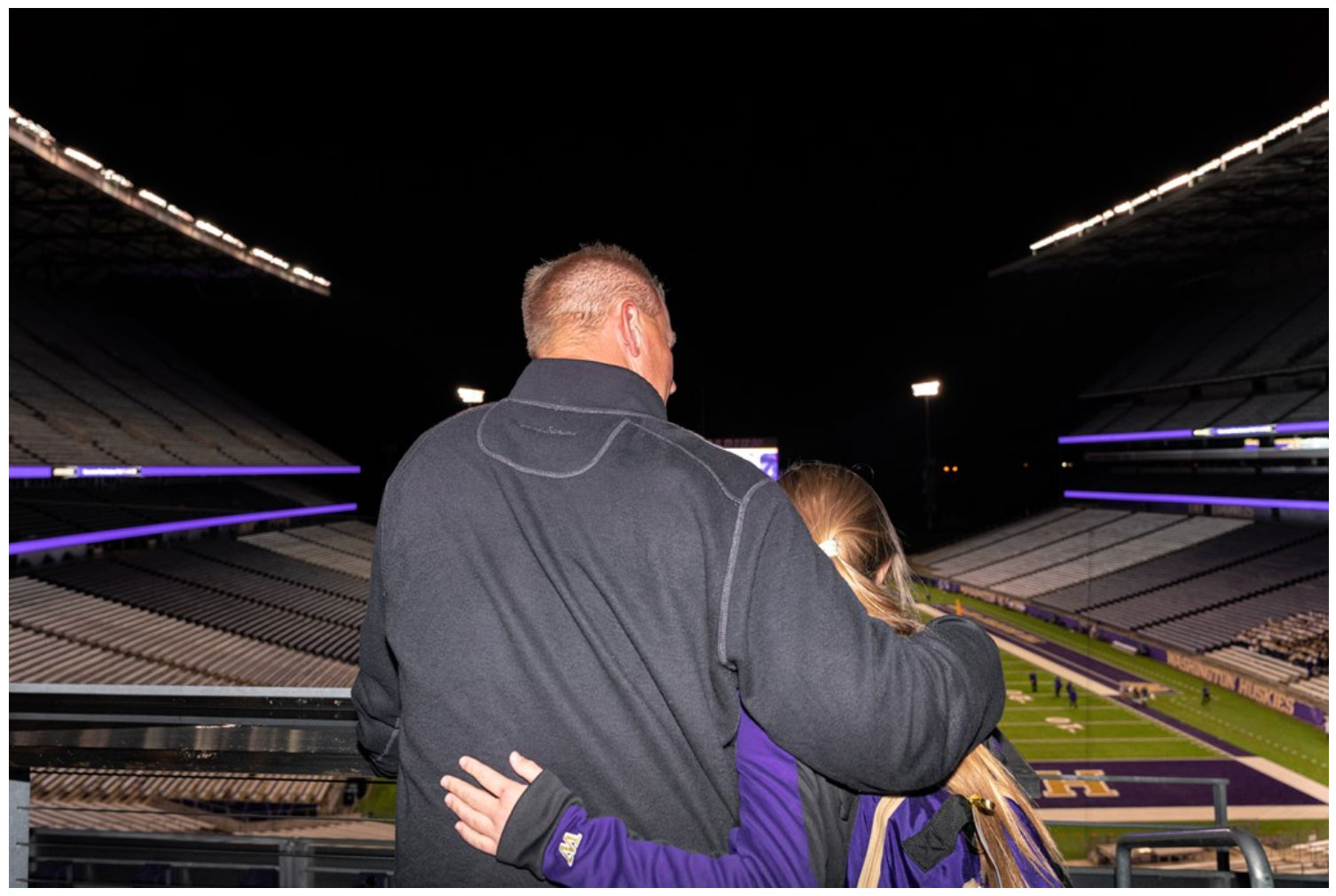 Acknowledging his reputation as the master of a pass-first offense, he clarifies: “You are not just going to see us passing the ball. We will be attacking by passing and running. We want to be diverse in our offense and keep the defense on its heels.” The Husky defense will mirror the same philosophy: “We will attack constantly, and cause havoc in the backfield. Our mindset is to create confusion in our opponents.”

“Confusion” is an apt word to describe college football these days, what with the pandemic turning everything upside down, the impact of NIL (name, image and likeness revenue for players) and the transfer portal becoming major players in the sport. Then there was July’s stunning announcement that USC and UCLA were bolting the Pac-12 Conference for the Big Ten starting in 2024. Many things are up in the air, but one thing is for sure. DeBoer knows what he needs to focus on this season. “I feel the urgency and expectation to win, now,” he says. “There is no timeline to turn things around. We’ll do our very best to win it all this fall.

“If you don’t have expectations, then it won’t happen. Success is what this place is all about. Even though there has been a lot of change, you can adjust and work together. All I am going to do is ask the guys to be their best.”

DeBoer has already looked well beyond the football field to show everyone how important community is to Husky football with community-service projects and summer camps. “That way we can touch a lot of lives,” he explains. “We are more than just football players, we are more than just Saturday afternoons and Saturday nights. We need to connect with the community. And our players have tremendous pride in doing that, in following our goal to be servant-minded.”

With an outlook like that—both on and off the field—Kalen DeBoer is reinforcing the values, strengths and community-minded approach that has always made Husky football the No. 1 game in town.