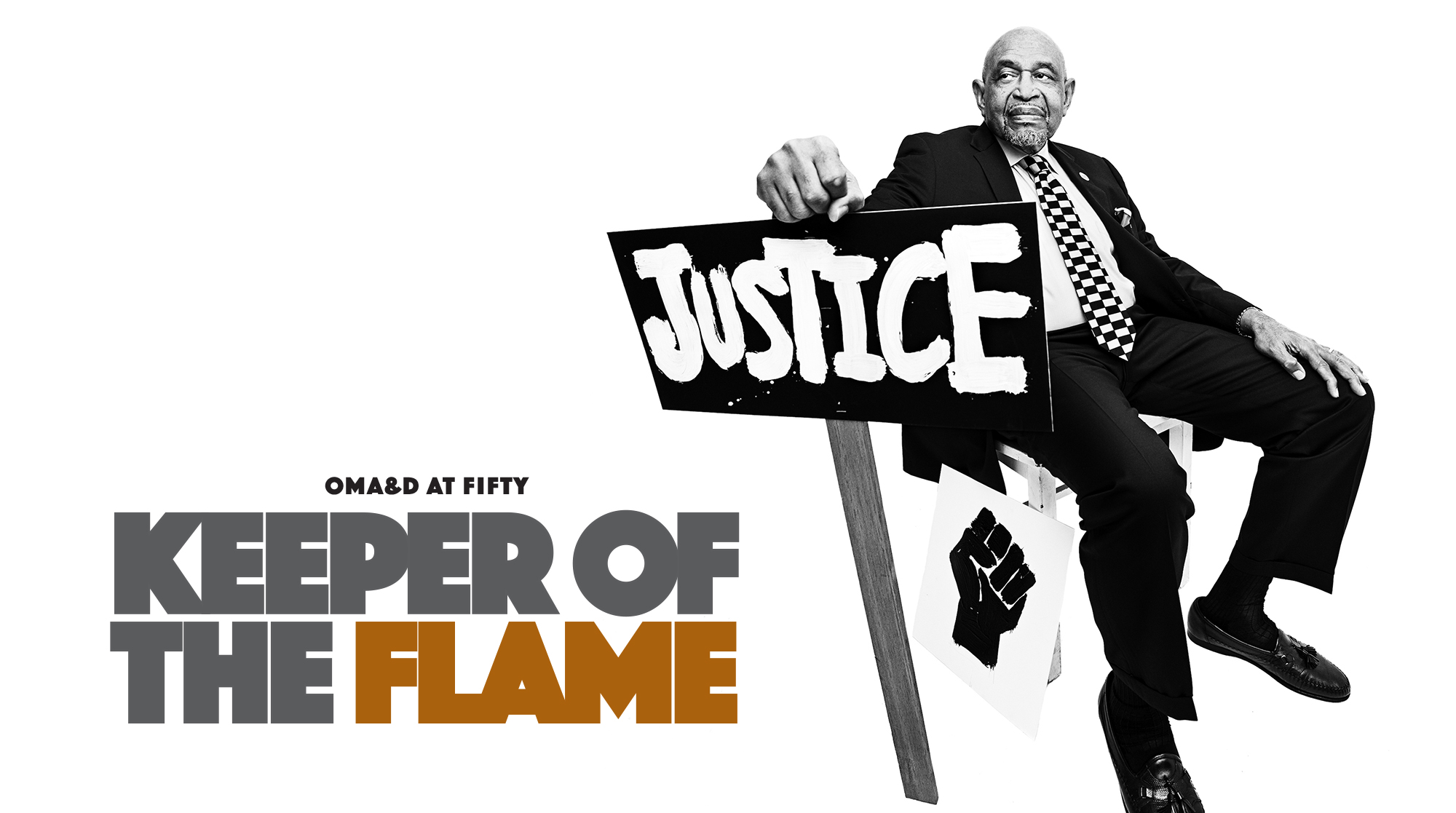 OMA&D at 50: Half a century later, Emile Pitre still stokes the flame of justice

A founding member of the Black Student Union who would later help thousands of students of color graduate, Emile Pitre went about building a solution from the inside out.

Emile Pitre points to two pictures at the entrance of the Office of Minority Affairs & Diversity (OMA&D) administrative suite on the third floor of Mary Gates Hall on the UW campus. “There I am,” he says with a smile. In one photo, Pitre, ’69, is challenging a speaker at a 1970 rally at Hec Edmundson pavilion. In the other, he is raising his fist during a 2015 student walk-out. Forty-five years separate the young man and older man, but the gaze of both is strong, unyielding. These two pictures tell the story not just of Pitre’s life but that of OMA&D.

As a UW student, Pitre was a founding member of the Black Student Union (BSU), which occupied the office of UW President Charles Odegaard in 1968. They demanded that the UW commit to diversity, which led the UW to becoming the first university in the nation to appoint a vice president to lead an office dedicated to minority affairs. In 1982, he became a chemistry instructor at OMA&D’s Instructional Center, which offers tutoring, workshops and other academic support to students. By 1989, he was named director of the center, a position he held for 13 years. In 2002, he was appointed OMA&D’s associate vice president for assessment, a role he held until his retirement in 2015.

Now 73, Pitre looks like he’s a long way from the revolutionary who took part in the 1968 sit-in. His tailored suits often include a matching tie and pocket square. He is almost never without his camera; his photos were a regular part of OMA&D’s e-newsletters in a feature called “What the Campus Walker saw.” His voice is soft, and a broad, warm smile spreads across his face as he talks.

But you’ll still find hints of the young man who was urged to action in 1967 when he was called a racial slur on the UW campus. He had thought, coming to Seattle from Louisiana, that he’d escape the racism of the Deep South. He found the group of students that would become the BSU and joined their fight for change. 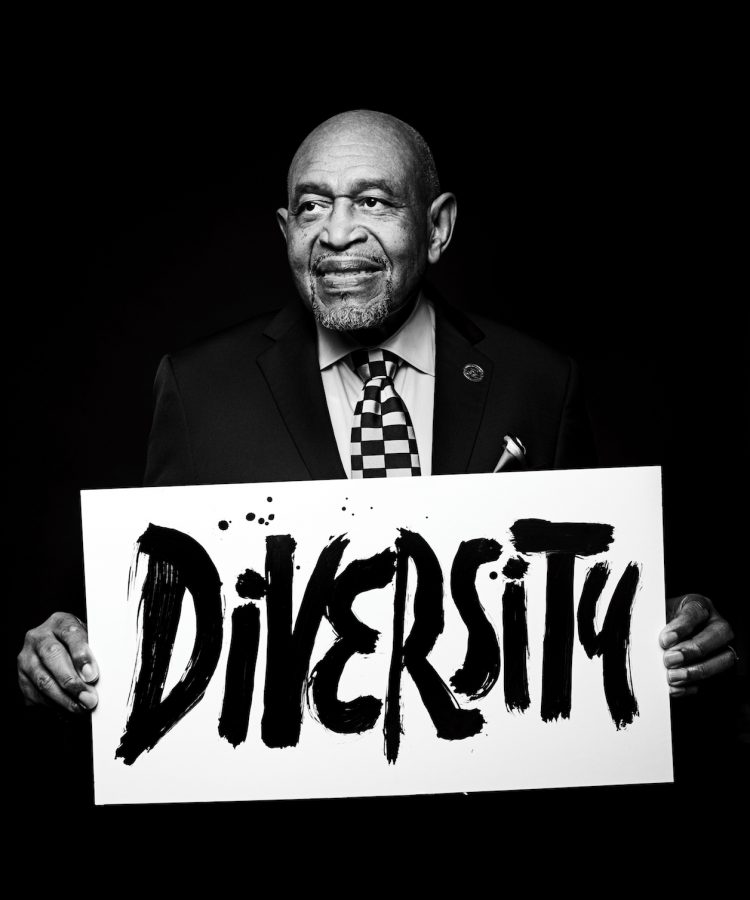 Pitre was the son of Louisiana sharecroppers, the fourth of eight children. In the Jim Crow South, Black families like Pitre’s were poor but they didn’t take injustice sitting down. He remembers when one landlord cheated his family of their fair share of the cotton proceeds: “They were treating us like we were dumb. My daddy called the landlord a liar. My cousin thought my daddy was going to be lynched for that but he didn’t, because he was right.”

“In my family, arrogance was a part of the genetic makeup,” he continues. “Everybody had to treat me with dignity. If you didn’t I was going to have to say something.”

Pitre skipped the first two months of each school year so he could work in the fields alongside his family. In the eighth grade, a teacher told his father that he had too much potential to miss that time. When his father heard that, he sent his son to school for the full year and insisted that Pitre stick it out, even when he was threatening to quit. Balancing school work with farm work, the long bus ride to school and bearing the ridicule of the kids in town made pursuing an education tough. But with his family’s urging, Pitre, the fourth son, went on to become the first in his family to graduate from high school.

That same teacher encouraged him to apply for a National Science Foundation program for black students of high ability, and he was selected. Later, his principal took him to Southern University in Baton Rouge and introduced him to the chair of the chemistry department. Pitre got a full ride scholarship to Southern and graduated with a bachelor’s of science degree in chemistry in 1967. That fall, he landed on the UW campus as a graduate student.

Education gave Pitre a path out of poverty. Teachers mentored him and a supportive community of color inspired him. It’s easy to see how OMA&D and the Instructional Center became his home.

“In my family, arrogance was a part of the genetic makeup. Everybody had to treat me with dignity. If you didn’t I was going to have to say something.”

Between 1980 and 1982, he worked in North Carolina as a senior analytical chemist, but he found himself at the college library helping students with chemistry. When he started working at the UW Instructional Center, Pitre always went the extra mile. If students had a test coming up on Monday, he’d have workshops on Saturday and Sunday, with over 60 students in attendance. 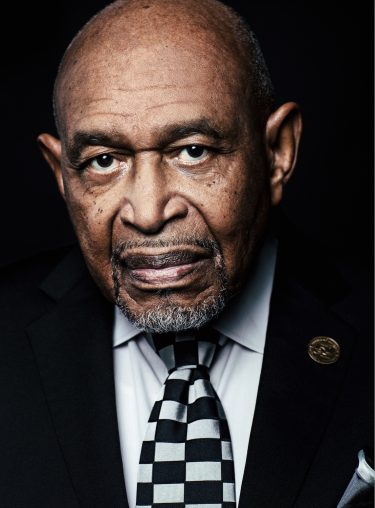 Emile Pitre is proud that the necktie he is wearing was designed by at-risk high school students who participate in Project M.I.S.T.E.R. (Male Involvement & Service to Encourage Responsibility). The program was adopted by the Breakfast Group, an organization of African American men that sells the ties to raise money for social service projects.

The thing is, it’s never about him—it’s always about the students. “That’s the big story,” Pitre explains. “That’s the one that says the university didn’t make a bad decision by allowing students with low academic credentials but high academic potential to enroll.”

Rusty Barceló, who led OMA&D between 2001 and 2006, describes the community Pitre created as the Instructional Center’s director: “Emile’s shop had people who were teaching courses with doctorate degrees. They could be faculty anywhere in the country, and they chose to work with Emile and the center. He cultivated a group of people who shared his passion. This was about taking students from where they were and making them stronger. Without Emile, I am not convinced we would’ve been as successful in terms of student success.”

Eddie Demmings, another BSU founder, calls Pitre the keeper of the flame for the BSU. “Being part of BSU meant helping the disenfranchised, black people and other people be successful,” Pitre says. “It was my calling to make sure what we started at BSU survives. I’m the person who worked to keep it going for all those years when I decided to stay.”

Misty Shock Rule is a communications and media editor for the UW Alumni Association. Quinn Russell Brown is the digital editor of Columns Magazine.