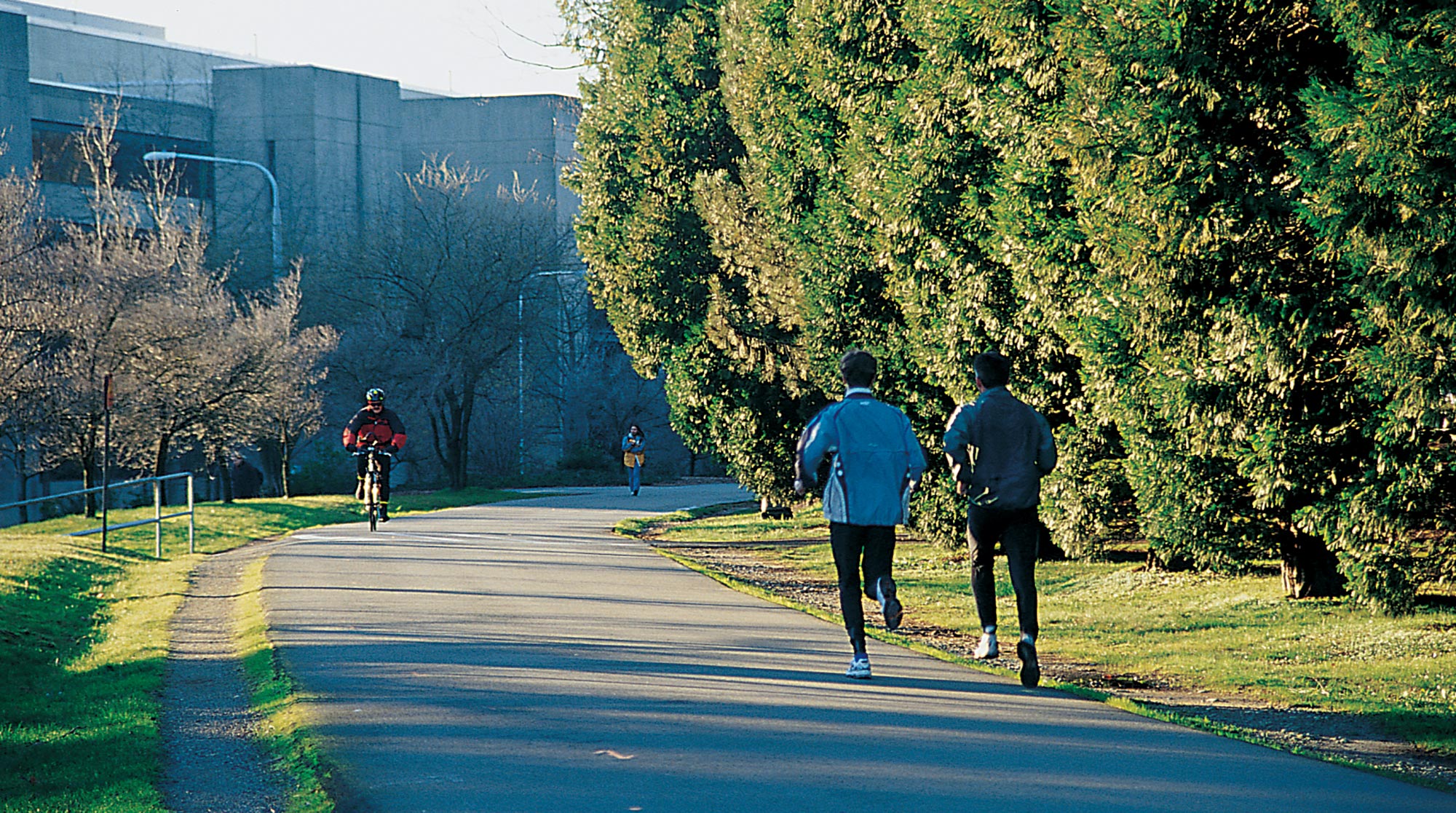 Once controversial, Burke-Gilman Trail is a treasure

Every day for the past 25 years, thousands of people stroll along the Burke-Gilman trail on their bicycles, running shoes, or inline skates. In spring, this Seattle landmark attracts up to 3,000 users on weekdays and up to 4,000 users on weekends. With idyllic views of Mount Rainier, Husky Stadium and Lake Washington, the trail provides a picturesque recreational place in addition to excellent commuting access to the UW campus.

Merely one generation ago, the trail conveyed coal-carrying trains instead of bikers and pedestrians. When Seattle was bypassed as a terminus for transcontinental railroad in the 1880s, a group of 12 visionary Seattleites, led by Judge Thomas Burke and Daniel Gilman, decided to build their own link. From these citizens’ money-raising efforts and land donation, the Seattle, Lake Shore and Eastern Railroad came into being.

The railroad founders’ goal to connect Seattle with Canada’s transcontinental rail line never came to pass. As the commercial use of the tracks decreased, the League of America Wheelmen, the Seattle Parks and Recreation, and Engineering Departments discussed the possibility of a bikeway alongside these tracks from the UW to the city limits in 1968. 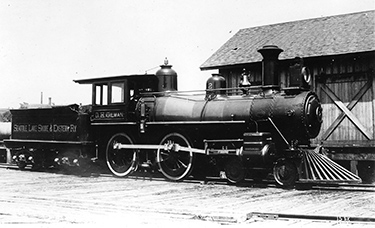 The D.H. Gilman locomotive traveled along the Seattle, Lake Shore and Eastern Railroad line through the UW campus—now the route of the Burke-Gilman Trail. Photo courtesy MSCUA,

When the Burlington Northern railroad applied for abandonment and sale of right-of-way in 1971, the city petitioned to acquire the right-of-way for public purposes “as a reflection of the strong public spirit which created the railroad.”

After lengthy and complicated negotiations and legal maneuvers between the city, the Interstate Commerce Commission and Burlington Northern, the nine-mile right-of-way was transferred to the city in 1973. The more historically significant name of “Burke-Gilman Trail” was officially adopted in 1974.

Whereas bicycle users wholeheartedly supported the proposed bikeway, many residents living near the proposed trail vehemently objected, citing increase in crimes, invasion of privacy and decrease of property value.

“Personally, I don’t think 10 trains a day would bother me as much as a constant parade of hikers,” said Kay Purdy of Citizens for Responsible Planning. Purdy predicted that the trail would make for “a muggers’ paradise” and would invite “prowlers and peeping Toms.” Another neighborhood activist, L.H. Robson, demanded further assurances that the “neighborhood will not be saddled with a public nuisance.”

After promising landscape screening of private property, more policing and other safeguards to nearby residents, the city cooperated with UW and King County in developing the route. The trail was finally dedicated on Aug. 19, 1978.

Less than a decade later, Seattle was caught in an uproar by the “midnight raid” of its beloved trail. Without consulting the city, Burlington Northern had quietly sold crucial chunks of the trail-including the one that runs across UW-to Montana industrialist Dennis Washington. A Seattle Times editorial on Feb. 10, 1988, posed the question: “Was Burlington Northern oblivious of the deep affection Seattle residents hold for the bicycling, jogging and walking trail?”

Now a quarter of a century old, the trail is much loved not only by thousands of users but also nearby residents. A Burke-Gilman trail study conducted in 1986 showed that the trail increased property values and had “little, if any, effect on crime and vandalism.” Resident Allen Prier said, “I have nothing but good to say about it. … Those who use the trail are well behaved and do not trespass or bother people.”

The UW’s new 10-year master plan promises that new development along the trail will be sensitive to the numerous views Burke-Gilman users enjoy. With UW and the City of Seattle equally committed to the preservation and improvement of the Burke-Gilman trail, Seattle Bicycle-Pedestrian Coordinator Peter Lagerwey predicts that “It will continue to be one of the most used and best loved trail facilities in the Northwest.”