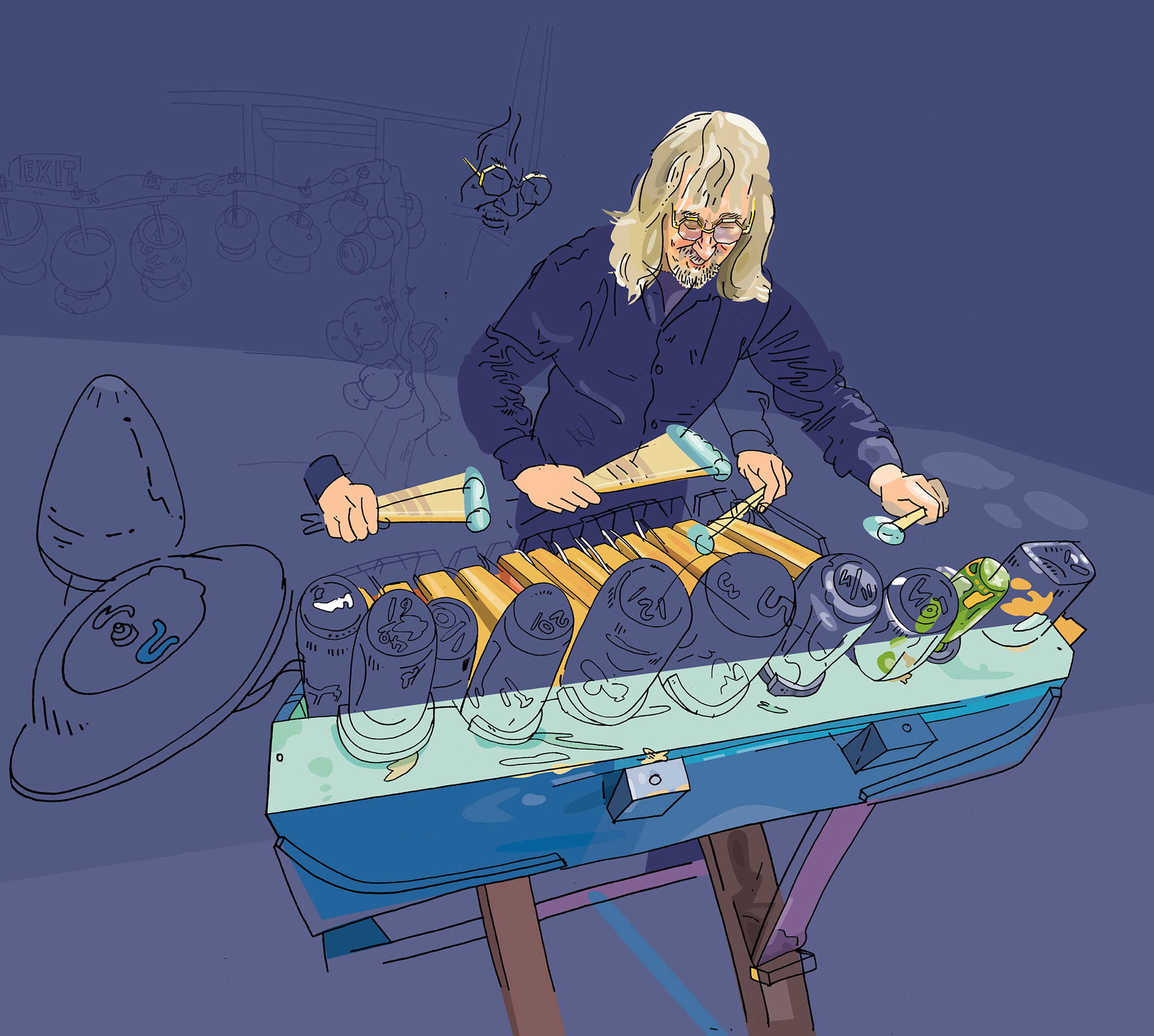 We asked percussionist Paul Hansen, ’83, about his life on the drums. Here's what he had to say. 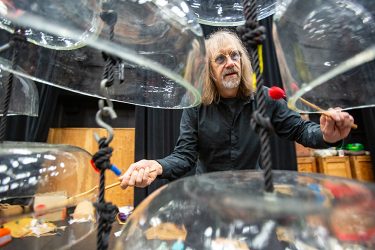 “I’m from a musical family. My dad, Edward A. Hansen, ’51, was a beloved professor of organ and music history at the University of Puget Sound and Mr. Music Man on KING-TV’s ‘Wunda Wunda.’

“My mom, Jeanne, ’58, headed the music department at Seattle Central College. My sister Roberta Downey plays cello with Seattle Symphony and my sister Kathy Del Beccaro, ’83, ’86, ’87, put down her violin to become a pediatrician.

“The comic percussion in cartoons and Spike Jones records were what interested me the most, so that’s the direction I naturally went in. Then my professor dad gave me a Harry Partch album when I was 10, and the rest is history.

“While still a student at UW, I toured and performed with Johnny Mathis, Quincy Jones, Liberace — even Mr. Rogers. Since then, I’ve been a mainstay in the orchestra pit at the Paramount and Fifth Avenue Theaters, and also play regularly with Seattle Symphony Orchestra, Pacific Northwest Ballet and Auburn Symphony — and in my spare time (ha!), the Pacific Rims percussion quartet, which I co-founded. I also compose scores for my wife, filmmaker and director Janice Findley.” 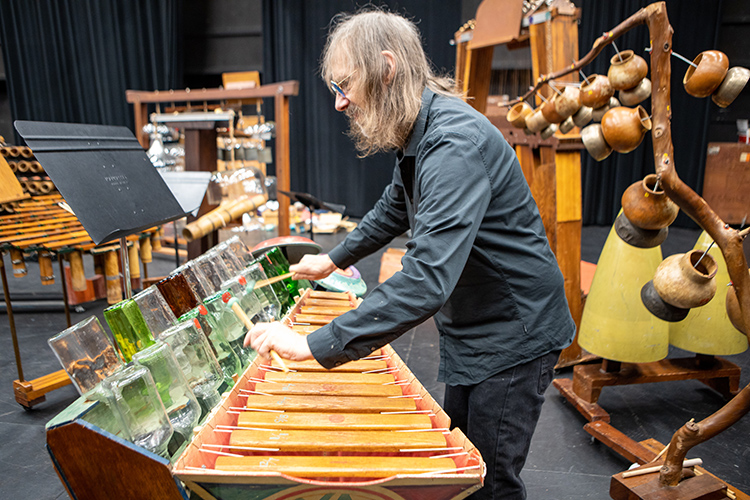 Hansen plays on a set of liquor and wine bottles. Photo by Matt Hagen.