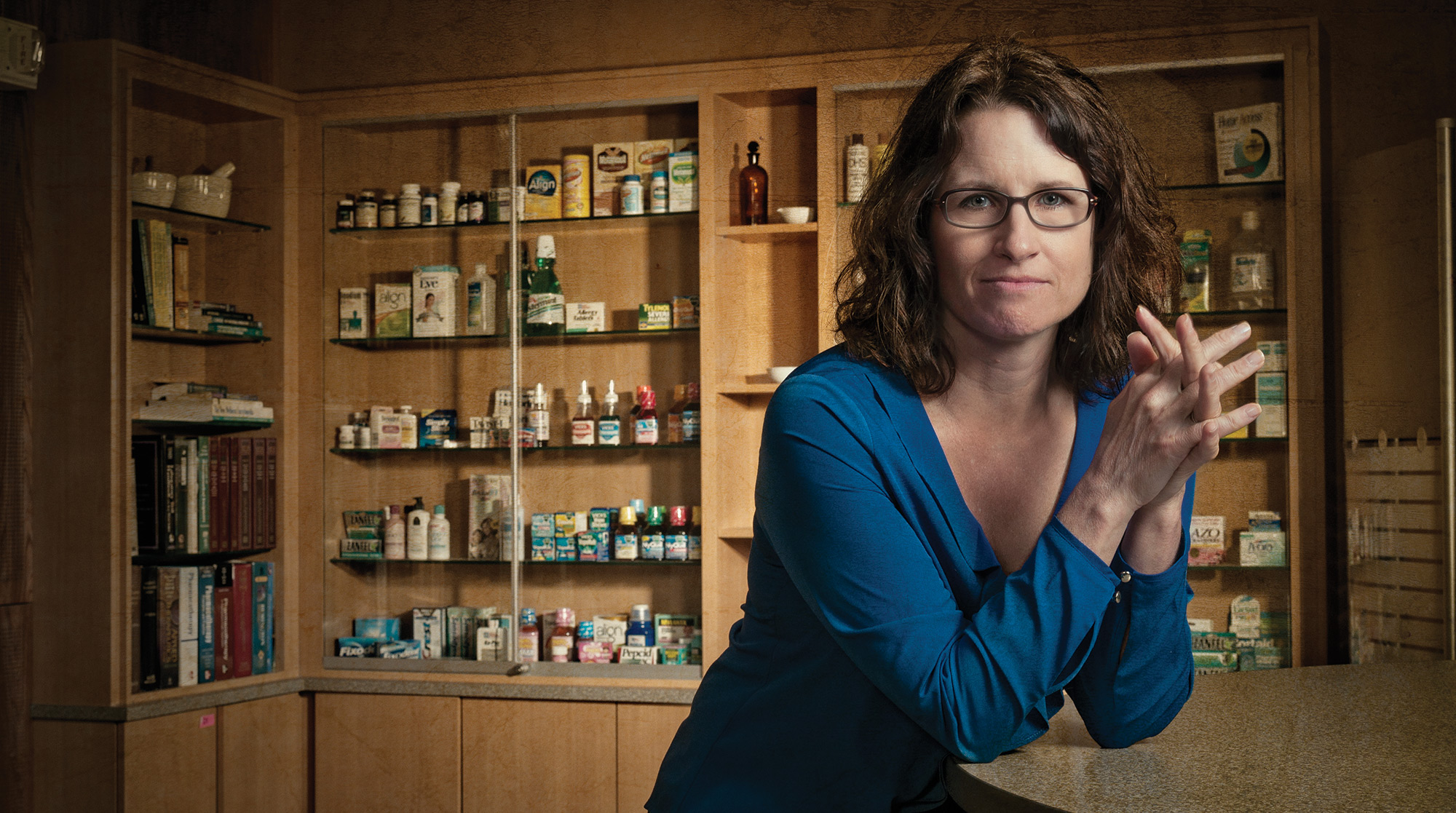 Pharmacy professor made a startling link

Since she was a student in pharmacy school, Shelly Gray has felt a strong connection to the situation many elderly patients find themselves in: “I was struck by how many different medications older adults are taking, as well as their struggle with trying to keep those medications straight and recognizing when they were having side effects,” she recalls.

About five years ago, the UW pharmacy professor came across a study suggesting that anticholinergic medications—which block the release of acetylcholine, a neurotransmitter involved in learning and memory—may have permanent effects on cognition and could even lead to dementia. Listed among the medications was Benadryl, a common over-the-counter antihistamine.

Initially skeptical of the findings, but intrigued by the ramifications, Gray and her research team joined a UW–Group Health study tracking nearly 3,500 adults over the age of 65. Armed with a plethora of pharmacy data, they examined the participants’ medication use over time. After following participants for an average of seven years, the team was concerned by the results: a persistent link between long-term use of anticholinergic medications and developing dementia.

“We were a bit nervous to report our findings because these medications are common, and some are available over the counter.”

“We were a bit nervous to report our findings because these medications are common, and some are available over the counter,” she says. After the team published their findings this past January, the results struck a chord with people around the globe. But beyond igniting the interest of countless national and international media outlets, the study affected Gray. “I feel a big responsibility reading the many emails from actual people who are concerned about their years of medication use. I experienced on a personal level how study results can affect people’s lives.” (Gray emphasizes that people should take any medication concerns to their prescriber, and together they can determine the best treatment option.)

She could also relate to their concerns firsthand; as someone with insomnia, she has taken Benadryl as a sleep aid. Overall, Gray is optimistic: She sees the study as an important step toward the larger goal of improving older adults’ quality of life. “We’ve known for a long time that these medications cause acute side effects,” she explains. “Hopefully, this additional risk might make people stop and think.”

Gray’s expertise and passion for geriatric pharmacy are already inspiring the next generation of pharmacists. As director of the UW’s Geriatric Pharmacy Program, she hopes students will continue to understand the importance of studying geriatric pharmacy. “No matter what setting students find themselves in eventually, they’re going to have interactions with older adults.”

Under Gray’s guidance, the program has seen exponential growth, with about a fifth of each class now graduating with a Plein Certificate in Geriatric Pharmacy. With the program flourishing and her research evolving, Gray looks forward to the UW’s continued leadership in the field. “It’s nice to see,” she says, “that your work is actually helping patients and providers make safer medication choices.”