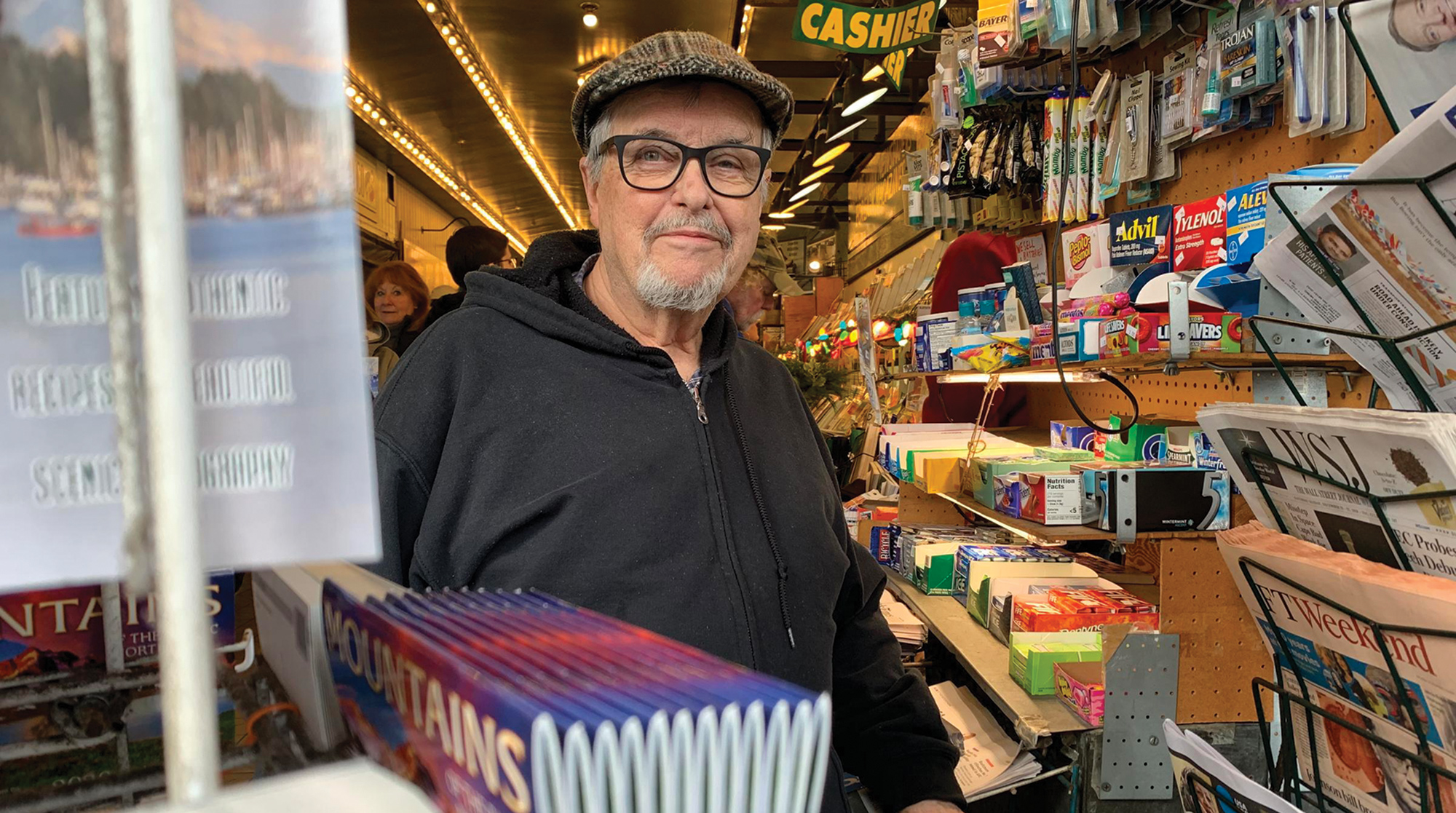 Lee Lauckhart is a quiet man who let the headlines do the shouting for four decades at his Pike Place Market newsstand, First & Pike News. On New Year’s Eve, the stand’s final day of business, longtime customers stopped by to say they will miss him, reporters scribbled in their notebooks and local television stations captured the final hours.

Now the only newsstand in the market is gone, another milestone in the decline of print media. Lauckhart graduated from the UW in 1968 with a degree in environmental health but had trouble finding work when the Boeing recession hit Seattle in the early 1970s.

He took a job at a newsstand in New York before returning to Seattle, where he drove a cab and sold handmade jewelry. He comes from a publishing family—his grandfather owned small-town newspapers and his uncles were reporters and printers—and he thought running a newsstand would be his piece of a family tradition.

Once, First & Pike carried 180 newspapers from around the world. At the end, he sold only a handful. “People would say, “Oh, I’m so glad you’re still here and then walk on,” he remembers.

Lauckhart didn’t take a paycheck in recent years, while continuing to pay his employees more than minimum wage. “The newsstand,” he says “represents the way things were.”