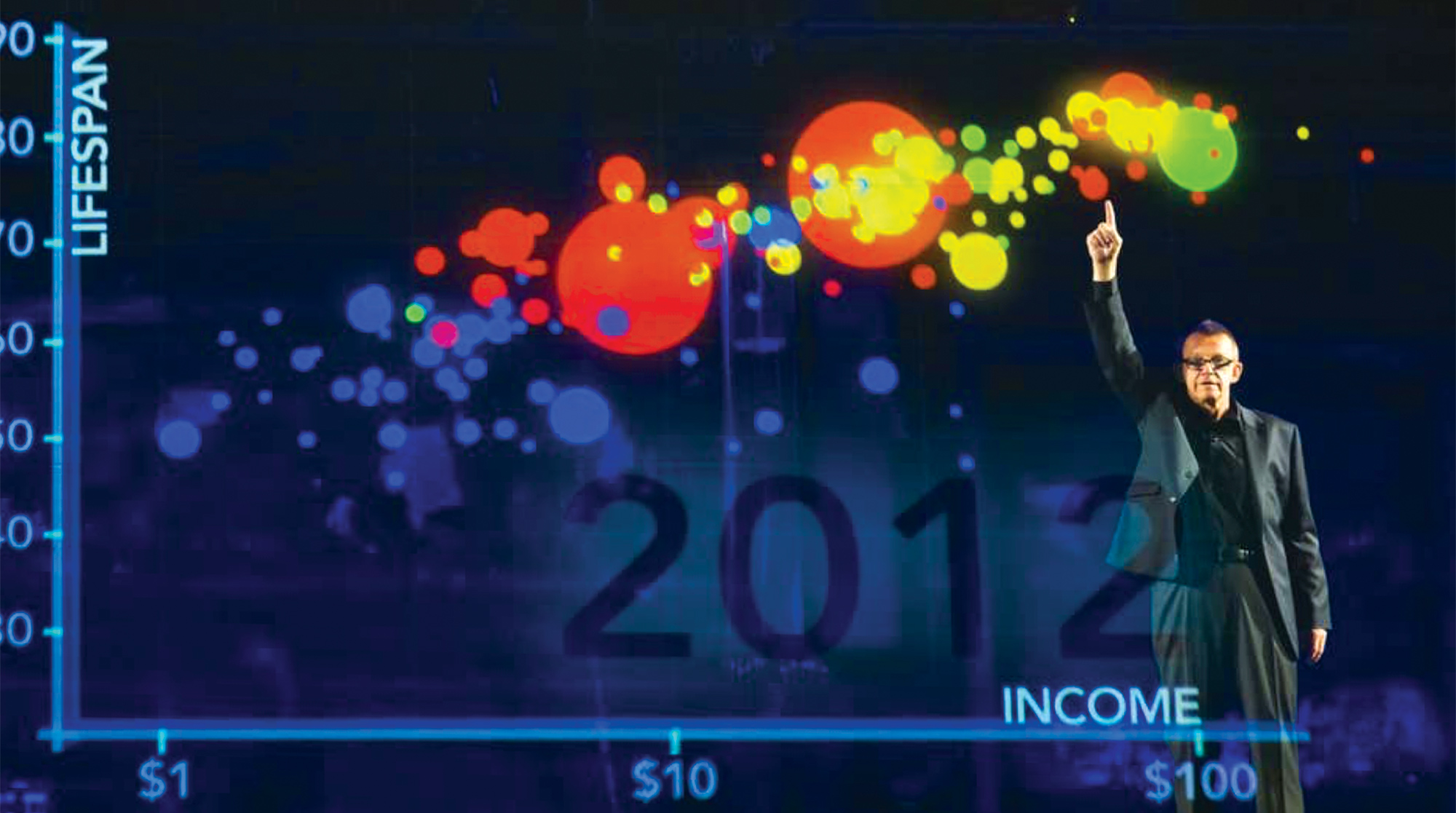 The Hans Rosling Center for Population Health is a key part of the University’s public health mission.

It’s not as bad as we think. And, with a bit of effort, it could be even better. Hans Rosling, a renowned Swedish doctor and professor of international health, was always making these points in his campaign to debunk misperceptions on overpopulation, poverty, life expectancy and endangered species.

After spending the early part of his career as a physician and public health worker in Africa, Rosling embarked on a mission to fight ignorance and help people understand how the world really is. In 2012, Time magazine named him one of the world’s 100 most influential people.

He was famous for using real data in an entertaining way—with talks, videos and lectures that included cocktail tricks, buoyant bubble charts and sword swallowing—to give a truer picture of global health. Using real numbers, Rosling showed how, overall, health and quality of life in developing nations were improving. He also explained that extreme poverty could be eradicated in 15 years, and how now is the best time for humans in history.

In that spirit of possibility, the University of Washington’s Board of Regents has named the newest building on the Seattle campus the Hans Rosling Center for Population Health. The $230 million building—funded in part with $210 million from the Bill & Melinda Gates Foundation and $15 million from the state—is a key component of the University-wide Population Health Initiative, an endeavor to improve the health and quality of life for people everywhere.

The building, which is under construction along 15th Avenue N.E. and will open in September 2020, will house portions of the School of Public Health, the Department of Global Health and the Institute for Health Metrics and Evaluation. The eight-story structure is designed to bring together experts, scientists and students in a common space for collaboration.

Rosling, who died in 2017, was a professor of international health at Karolinska Institute in Sweden. He was a friend and inspiration to Bill and Melinda Gates, who often commented on his influence. In one video, Bill Gates credits Rosling for “taking the wonderful progress that has been made and making it understandable.” The Gates family proposed naming the new UW building after Rosling in honor of his rigorous analysis of the true state of the world and passion for improving health.

“This is a fitting tribute to an extraordinary man,” says Melinda Gates. Where others saw dry data, Rosling saw the chance to tell the story about human progress against poverty and disease.