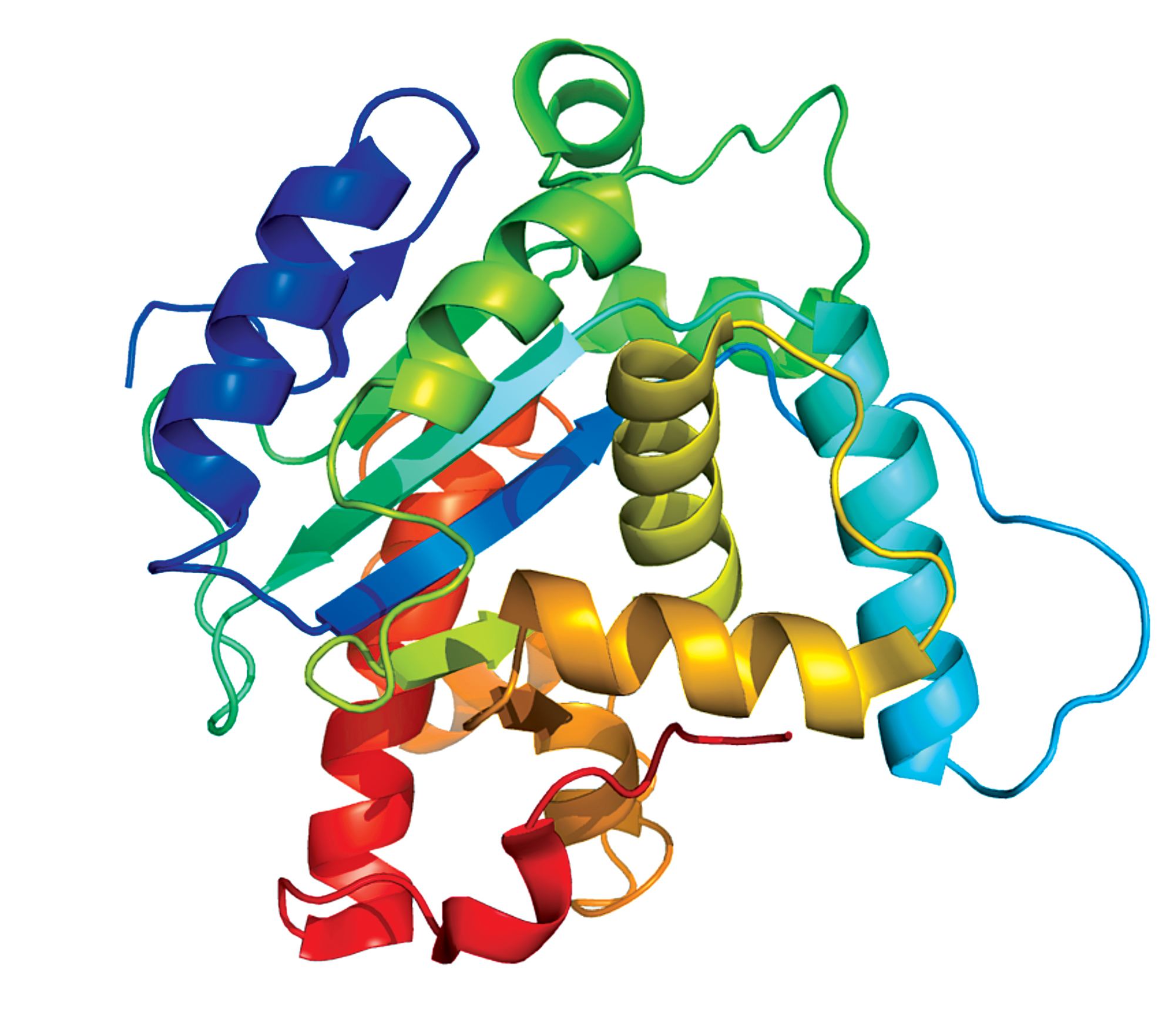 On the University of Washington’s Seattle campus, in a building just south of Red Square, hundreds of scientists fill an institute solely devoted to engineering molecules. At the core is director David Baker, a biochemist with the School of Medicine who compares the Institute for Protein Design to a giant brain where each of the scientists is an individual neuron.

Late this winter, Baker toured a small group of visitors through a floor of the institute where his own lab is housed. He is an animated presence, always on the move as he greets dozens of people: some are in cubicles, some move between stations, some use pipettes at lab benches, and still others are parked at desks. “I believe ideas come when you are talking to people,” Baker says. “My view of the lab is—my metaphor is—of a giant communal brain. I’m connecting people.”

This institute of more than 200 scientists and students is aiming some of its collective brainpower toward designing synthetic proteins that could block the novel coronavirus in the human body. Baker, a professor of biochemistry and a Howard Hughes Medical Institute Investigator, is known for his revolutionary approaches—one of which includes engaging members of the public to use their home computers to help design new proteins.

For more than 25 years, Baker has been laser-focused on the structure and folding of proteins, which are building blocks and engines of life. These long chains of amino acids carry out all the essential functions in our bodies. They digest foods, fire neurons and contract muscles. To do their jobs, they fold up into specific shapes—following a code that scientists haven’t been able to crack. And the creation of new proteins to perform functions inside our bodies opens up great possibilities, says Baker.

The idea of including the public in the research developed during a hike in 2006, when Baker and David Salesin, an affiliate professor of computer science and engineering, came up with the notion of gamifying portions of Baker’s work so that thousands of people around the world could use their computers and their human brains to design synthetic proteins. Today it’s a global affair. More than 750,000 players have used a free online video game called Foldit. The game’s goal is to bring human insight and computer power into play to find new ways to treat or prevent diseases. Foldit players are credited in the Baker lab’s published papers because their “solutions” help fuel the lab’s understanding.

“The strength of Foldit is exactly the fact that some players can apply some of their direct reasoning and intuition to Foldit puzzles,” says Brian Koepnick, ’19, a UW research scientist, in a recent Foldit video blog.

In April, the Baker lab posted more than 10 different coronavirus-related puzzles on Foldit. The first few let players try to create proteins that might keep the viral infection from spreading. The second set was about disrupting the dangerous overreaction of the body’s immune response to COVID-19—called a cytokine storm—that in some people leads to death.

The researchers are using their knowledge of structural biology to create genes from scratch that encode new proteins. As members of an academic lab, the scientists can bring a new protein to the point where it requires an investment of millions of dollars to be tested and approved by regulators and then turned into a product. Once it gets to that point, it is sold or spun out into a profit-making drug or process.

The lab has already designed an enzyme to help patients with celiac disease. The product, which had been known as KumaMax, targets the parts of gluten that cause the reaction leading to celiac disease, which affects an estimated 2.4 million Americans. In February, the UW spinout developing KumaMax, PvP Biologics, was sold for $330 million to pharmaceutical giant Takeda. The protein is now in the first of four phases of clinical trials.

Another spinout, Neoleukin Therapeutics, went public in 2019. Neoleukin has several products in development, including cancer and autoimmune therapies based on designer proteins.

Baker wasn’t much into science as a kid, even though his parents were both UW science professors. His father, Marshall, is a physicist who specializes in string models and quarks, and his mother, Marcia, is an expert in geophysics and atmospheric sciences. When he started at Harvard as an undergraduate, Baker studied philosophy and social studies. But biology—and within it the riddle of protein folding—ultimately lured him. He switched majors and applied to graduate school, choosing the University of California at Berkeley for a Ph.D. In 1993, he came to the UW determined to solve the puzzle of how proteins fold up into their final configurations. Around that time, he conceived of Rosetta, a software platform that now helps with understanding macromolecular interactions and designing custom molecules. According to Discover magazine, Rosetta is the single most important tool to discover how proteins are formed. The platform is now being used to model the 3-D structures of important proteins from the novel coronavirus.

Baker founded the Institute for Protein Design at the UW School of Medicine in 2012. The goal was to design a new world of proteins to solve 21st-century challenges. The institute now houses five labs, has alumni working around the world and is tied to collaborative projects in 27 countries.

Last year, Baker presented at the TED2019 conference in a session focused on big, bold ideas for global change. Almost 2 million people since have watched the TED talk where Baker describes his five ambitious goals for man-made proteins: universal vaccines for flu, HIV and cancer; advanced medications for chronic pain; protein nano-containers to carry drugs already in use to specific cells, potentially eliminating side effects; treatments for neurodegenerative disorders; and self-assembling proteins for solar-energy capture.

Baker’s innovative work caught the interest and imagination of philanthropic funders. As part of TED’s Audacious Project, the Institute for Protein Design received a $45 million, five-year grant toward expanding the institute and pursuing these goals.

Today, Baker straddles disciplines, or maybe you could say he transcends disciplines. He has received awards in biochemistry, but also in biophysics and computational biology.

When asked what he would see as a career “home run,” Baker declines to settle on a single one of the five goals in his TED talk. “I mean, obviously, if you are going to get something out there that is saving millions of people’s lives, that’s amazing,”  he says. He hesitates and then looks out the window. “We are always going on to the next thing.”